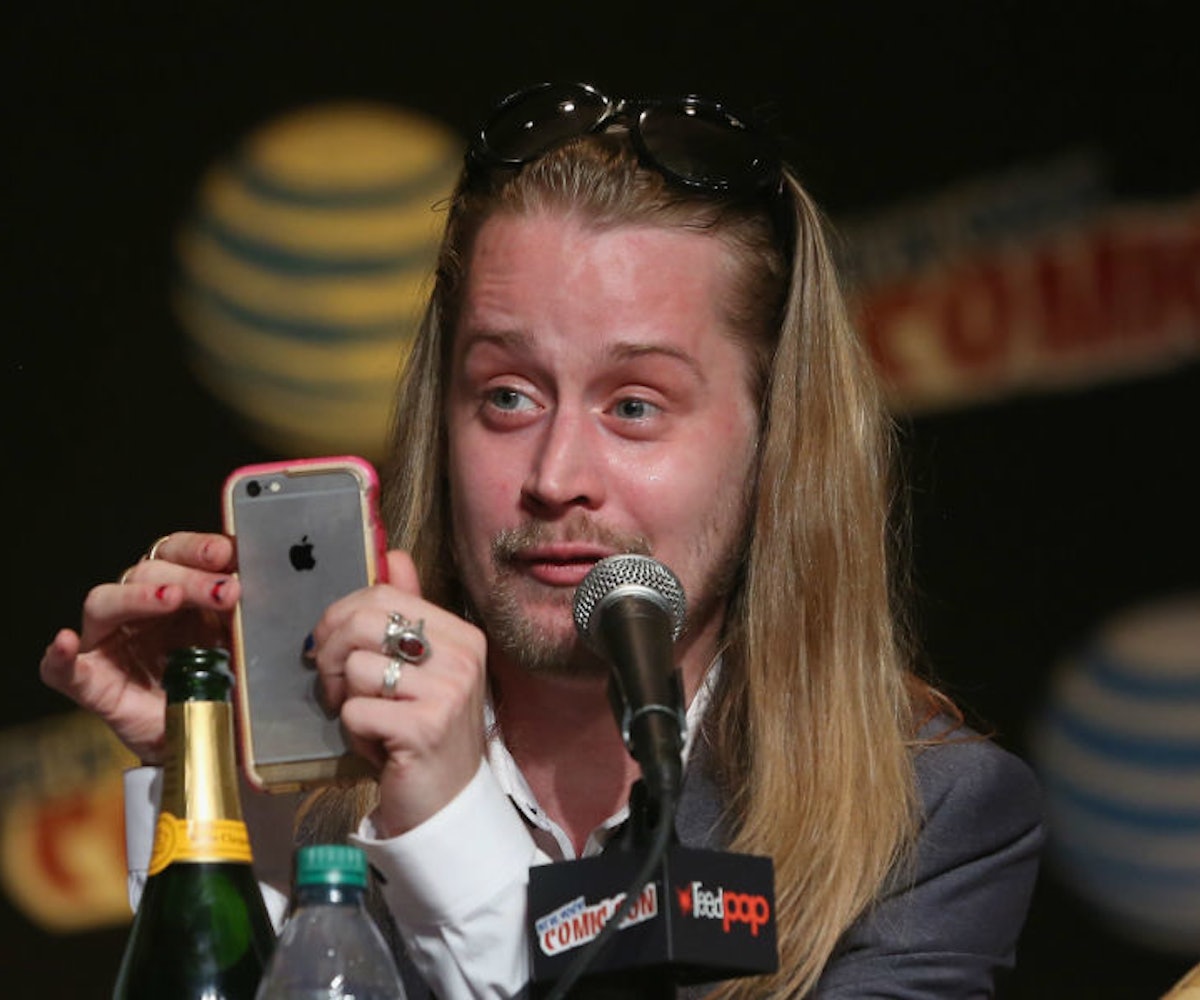 Up until last night, Macaulay Culkin had only tweeted two times. In honor of the Academy Awards, though, he broke his Twitter dry spell to live-tweet the ceremony. Which mostly just involved him talking shit about the attendees.

“I will be live tweeting the Oscars tonight, but I won’t be watching them,” the actor-musician wrote. He then proceeded to make a list of all of the things he was doing instead of tuning in. Those include: making ramen, playing guitar, playing with toys, and painting his toenails. He did all of these things while wearing a tuxedo and bow tie. Naturally.

He also made some predictions of who he thought should win. His frontrunner for best picture? Carly Rae Jepsen’s “Call Me By Your Name.” He really thought Taylor Swift’s “Negative Space” was going to win for best short film, and his best song favorite was Brenda… Song. In between all of that, he took even more jabs at Hollywood and the people that inhabit the entertainment industry.

He joked about Harvey Weinstein and Kevin Spacey not being invited:

And about being left out of the "In Memoriam" tribute:

He also took a jab at Jimmy Kimmel’s hosting:

As well as at Margot Robbie:

He rounded out the night with a final tweet promoting his new podcast. Not bad marketing on his part, we must admit.