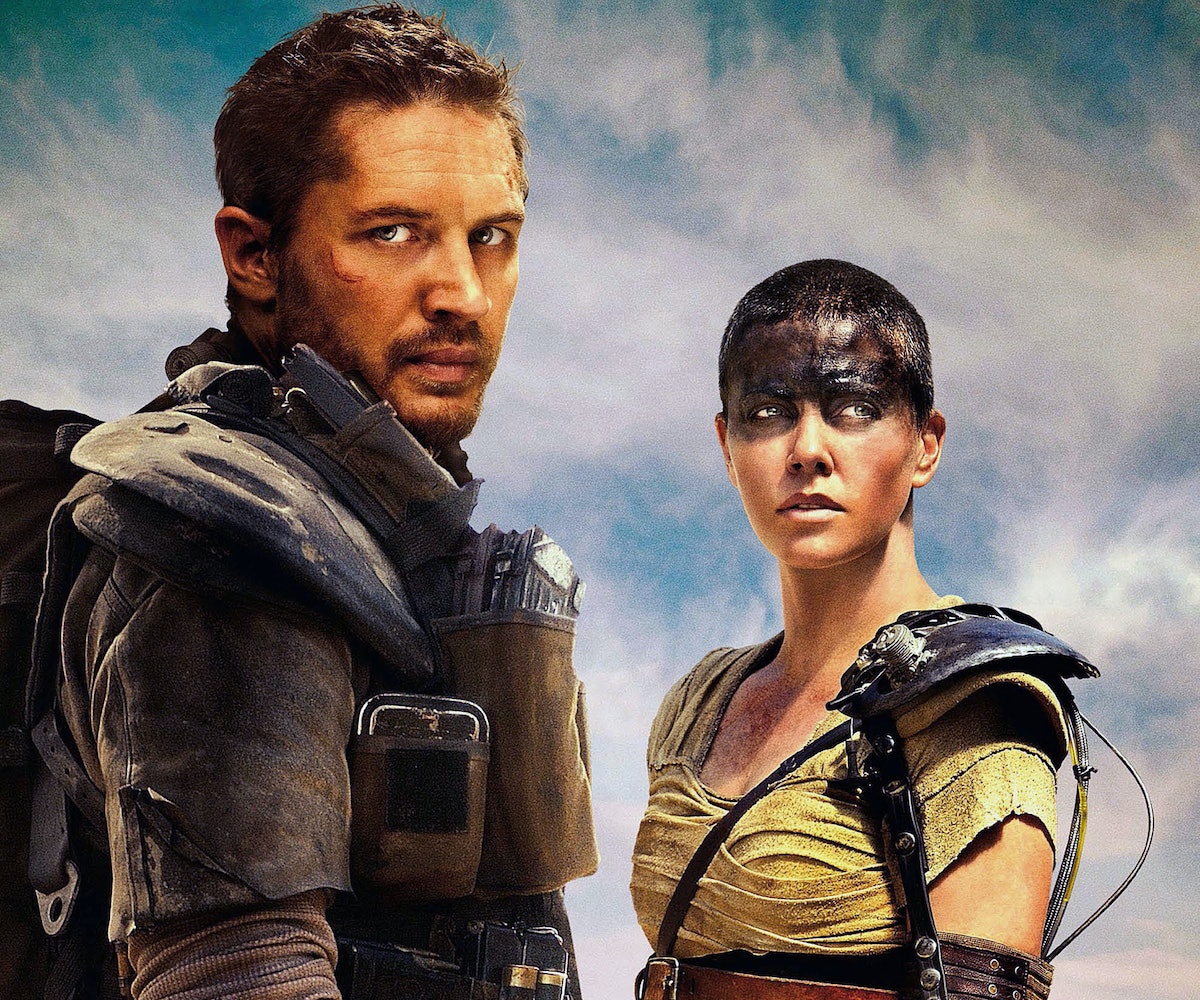 When the "pole boys" were swinging on their armored cars and Charlize Theron was gunning down a "war rig" while simultaneously shooting over her shoulder, I thought to myself, "This is an interesting scene for a feminist movie." The feminism in Mad Max: Fury Road, George Miller's latest orgiastic send-up to violence, ranges from over-the-top obvious (Theron's Imperator Furiosa comes from an Amazonian clan who live in the wilderness and are more than proficient with high-powered weaponry) to subtle role reversals. For instance, Tom Hardy's Max is less than a main character and more of the vessel through which we see the story, one that is undoubtedly Furiosa's. And to their pursuers and the antagonists, Hardy barely causes a ruckus at all, but is instead merely referred to as a "blood bag" who has been attached to Nicholas Hoult's pasty kamikaze "war boy" to keep him healthy. (The role of the caretaker and nurturer is definitely masculine here, an interesting twist.) The message is that in this desolate world of cars and violence (two very masculine constructs), there is nothing more powerful than a woman.

And apparently that message is just not sitting well with some guys, specifically the Men's Rights Activist website "Return Of King." Men's Rights Activists, or MRAs, run the gamut from having some real, legitimate concerns (resources for male rape victims, advocacy for father's rights) to more reactionary tenets, like the notion that feminism is the scourge of society and all women are out to oppress men. The Return Of Kings site tends to fall toward the latter. In the review, writer Aaron Clarey immediately warns against the film, since his feminist-spotting "spidey sense" was tingling, writing: "Charlize Theron kept showing up a lot in the trailers, while Tom Hardy (Mad Max) seemed to have cameo appearances. Charlize Theron sure talked a lot during the trailers, while I don’t think I’ve heard one line from Tom Hardy. And finally, Charlize Theron’s character barked orders to Mad Max. Nobody barks orders to Mad Max." (Clearly he must have forgotten Aunty Entity in Thunderdome, who has Max at her mercy.)

Clarey then goes on to lament that the problem with Mad Max: Fury Road is that it masquerades as a safe, manpleasing action film but sneaks in and attacks you with insidious feminist ideals. (Note: It totally does, but in a way that feels so clever and fresh that it continues to evolve tropes. Even the five impossibly beautiful brides somehow have their own characters which develop over the course of the film.) The review reads, "This is the vehicle by which they are guaranteed to force a lecture on feminism down your throat. This is the Trojan Horse feminists and Hollywood leftists will use to (vainly) insist on the trope women are equal to men in all things, including physique, strength, and logic." Well, shit.

Over at The Red Pill, Reddit's feminist watchdog (and MRA-leaning) forum, a healthier discussion takes place, with Redditors discussing whether or not the film was feminist, because the bad guys tended to be alpha males. The answer seems to be: Characters are textured and have complex roles! Charlize Theron is more of a badass than Max, but Max is still a badass! Explosions are cool! The point, and what makes it a good flick, is that both men and women can strongly identify and root for whichever gender they so choose.

George Miller says that he didn't set out trying to make a feminist film per se, but "...I needed a warrior. But it couldn't be a man taking five wives from another man. That's an entirely different story. So everything grew out of that." Max provided stability and the literal "mother's milk" of his own blood (to several characters) while the women came into their own as warriors. The bloody, bruised, and defiantly un-pretty (but very beautiful) Furiousa is definitely a feminist—but Max is right there with her, not caring one way or the other.