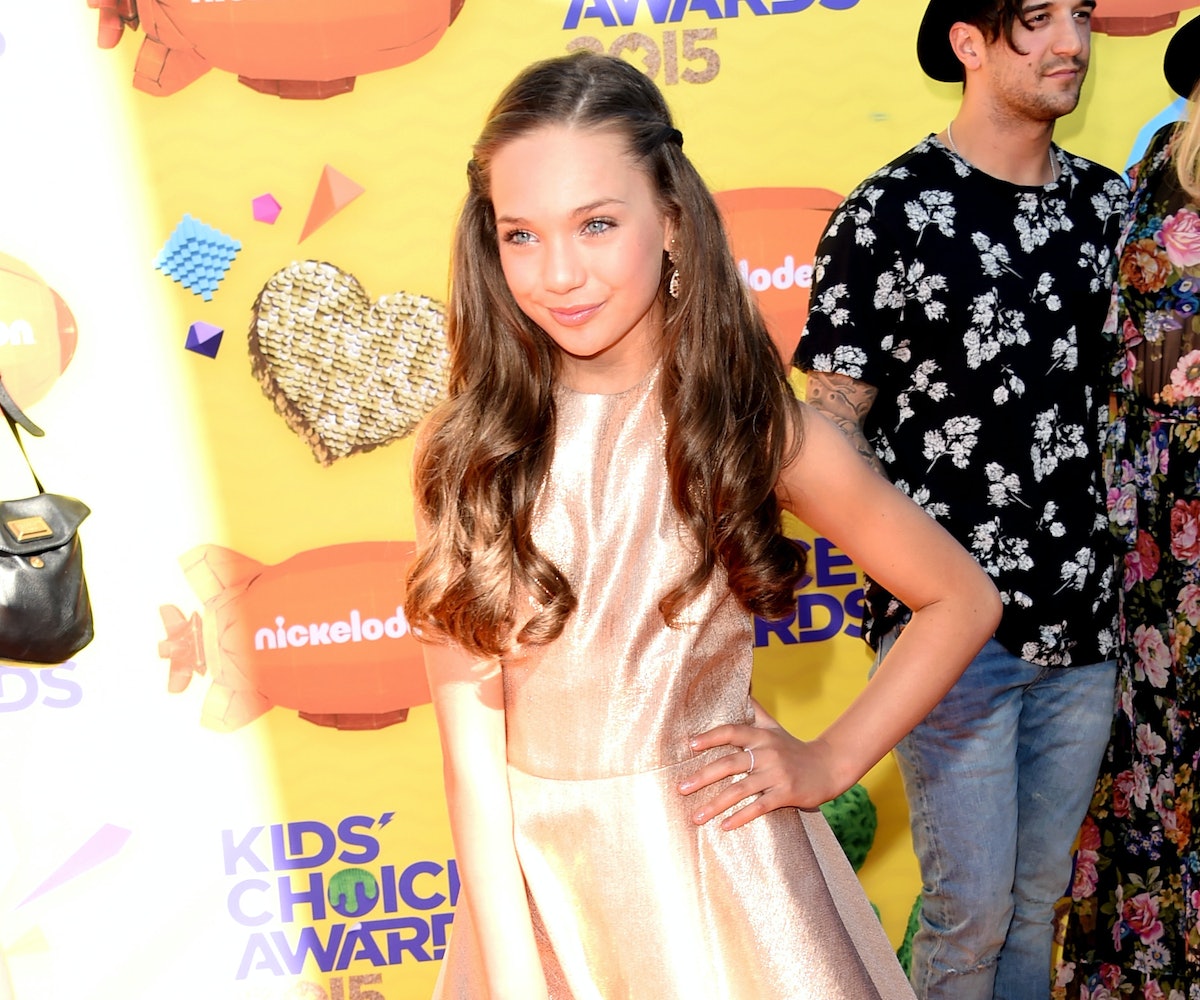 Angelina Jolie may have stolen all the headlines following her stirring Kids' Choice Awards speech, but Maddie Ziegler stole our hearts: The Dance Moms star stunned at Saturday's event when she showed up in a celestial Alice + Olivia outfit.

The ultra-talented Ziegler first gained notoriety as Sia's go-to proxy in the now-classic "Chandelier" video. Since then, we've rarely seen Ziegler as anything other than Sia's doppelgänger, which is what made her appearance last night so refreshing. Maddie for the win, y'all.