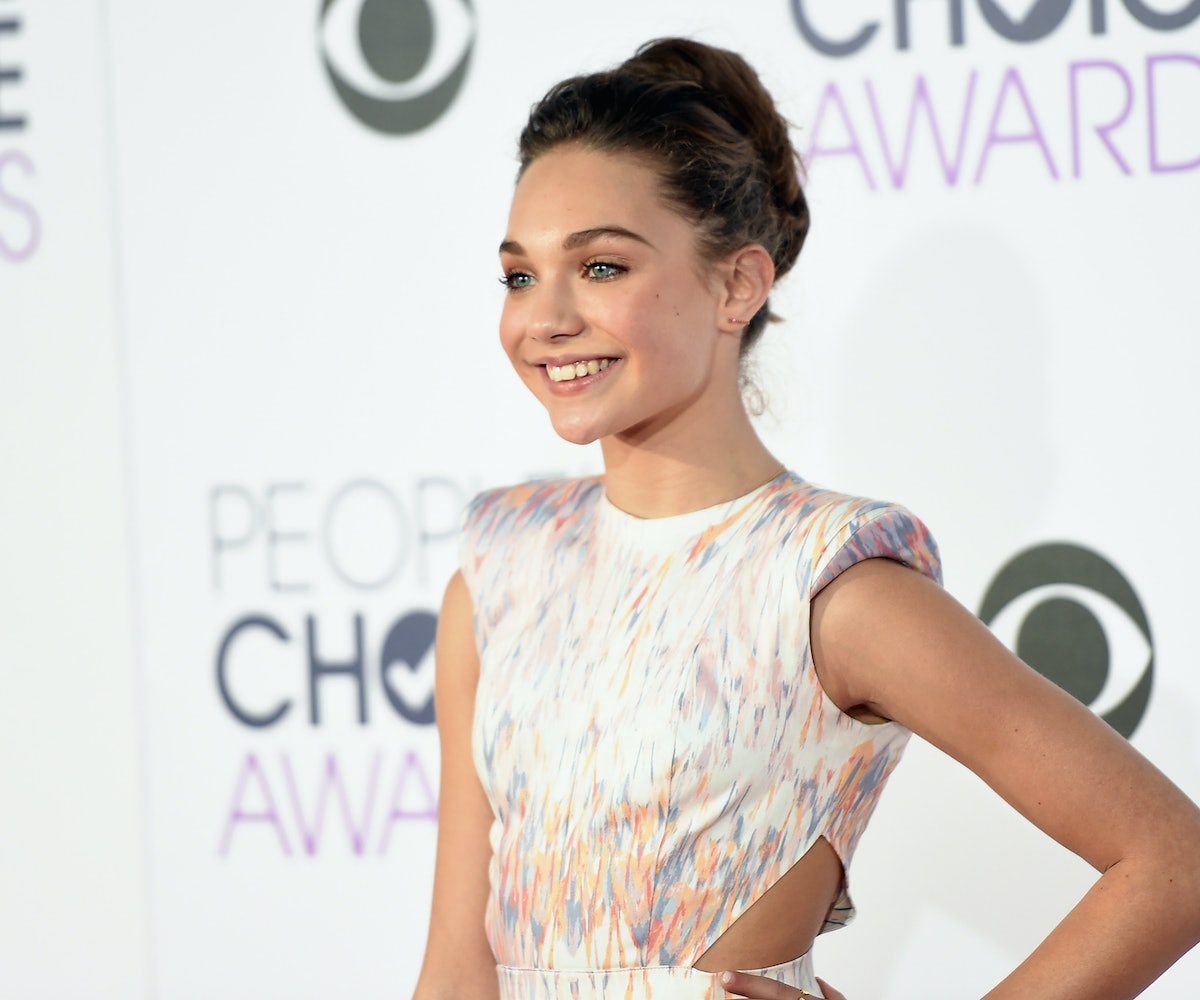 We can't help but think that when producers decided to dub the thirteenth season of So You Think You Can Dance, as "The Next Generation," they did so in the hopes of getting Maddie Ziegler on board. Ever since becoming Sia's pint-size music video muse, the Dance Moms star has emerged as one of the most recognizable dancers in America. That makes her the perfect candidate to inject new blood into a reality competition that desperately needs it.

Ziegler will join Paula Abdul, Nigel Lythgoe, and Jason Derulo on a panel that will judge the dancing abilities of contestants ranging between the ages of 8 to 13. Meanwhile, So You Think You Can Dance: The Next Generation, is just the latest endeavor in Ziegler's march towards superstardom. Later this year, she'll make her feature film debut alongside Room star Jacob Tremblay, in the film The Book of Henry. While Ziegler has yet to really prove her acting chops, the film comes from Colin Trevorrow, who happens to be behind a teeny tiny film called Jurassic World.

But before she gives movies a go, Ziegler has some pirouettes to judge. Watch her do so when So You Think You Can Dance: The Next Generation premieres May 30.