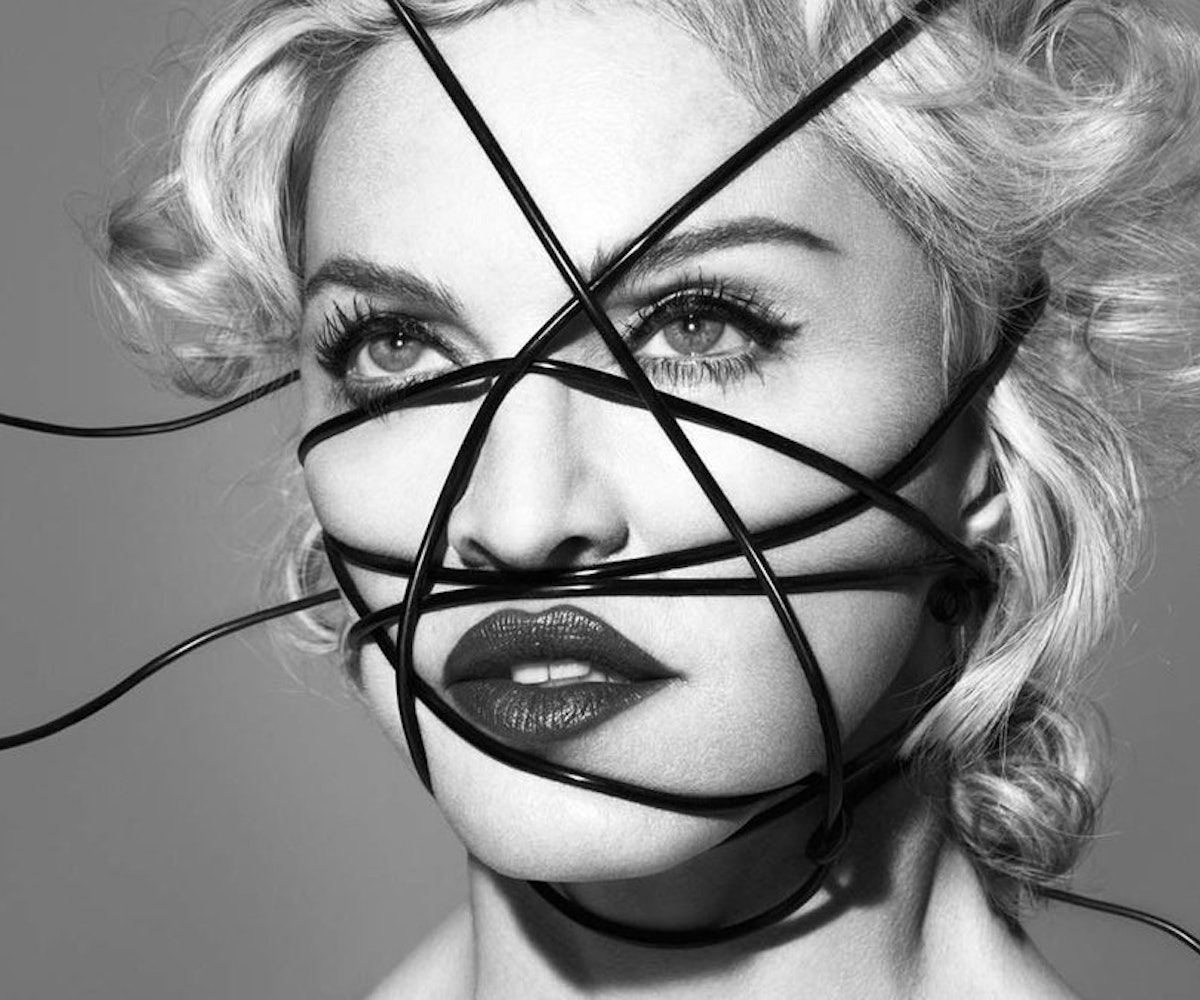 Madonna will always be recognized as the queen of pop, a trailblazing mainstay who has dominated the airwaves for decades. However, in her long legacy, Madonna will not be well-remembered for her entirely savvy social media presence.

She's come under fire for posting before on her social channels (her underaged son drinking; racially insensitive language and then issuing a non-apology), but today she has taken to Twitter to promote her new album Rebel Heart by pointing out that other rebel hearts include Martin Luther King Jr. and Nelson Mandela.

Celebrities celebration visionaries is one thing, but this isn't a mere celebration: Madonna — or the fan whose work she is reposting — is casting them on her album cover, effectively making them a part of the publicity for her new album. Madonna then took to her Facebook after criticism hit the internet, saying she understands she is nothing like Mandela or MLK, but then turns around and says it is her fans doing, not hers. She wrote on Facebook:

I'm not comparing my self to anyone

This is niether a crime or an insult or racist!

Am I saying I am them

I'm saying they are Rebel Hearts too.

I didn't do it

And I just re posted those photos

My fans aren't racist either

Thank you. I'm very flattered and I hope one day to live up to 1 100th of what those people accomplished."

Sure, these people did have "rebel hearts" in their own way, in that they fought oppression, systemic racism, and violence, using their voice to change the status quo. But even more importantly, the most dangerous kind of racism is often not the person who identifies themselves as being racist, but the person who ignores the fact that the world is very likely to treat two people differently based on the color of their skin and then equates two totally disparate experiences. These people may all share what Madonna terms a "rebel heart," but they all have very different cultural experiences and impacts. Whereas Madonna is promoting an album, using a hashtag. Kind of feels wildly tonedeaf, no?