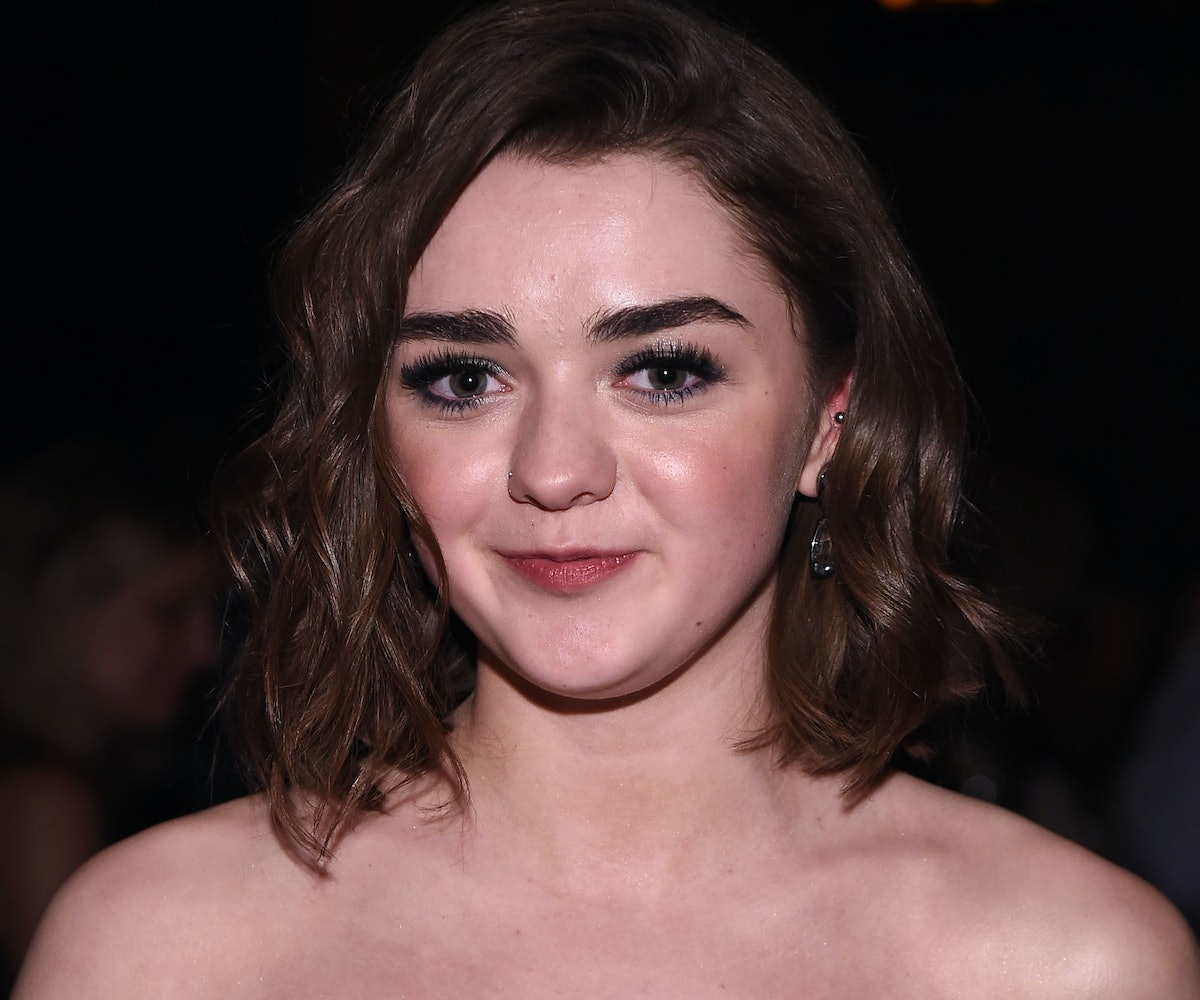 The Season 6 premiere of Game of Thrones finally arrived last night, summoning fans all over the world to gather around their television screens. You don't even have to watch the show to know it's an emotional rollercoaster for viewers, which is why master prankster Maisie Williams (aka Arya Stark) deigned to brighten a few fans' evening with an in-person visit. And she brought snacks, because after 50 straight minutes of screaming, crying, and praying that our favorite characters don't die, we all tend to get a little hungry.

Maisie tweeted "Any UCLA students having a viewing party tonight?," offering a "surprise" to the lucky fans. She quickly found Mark and Katie, two film students who were throwing a premiere bash in their apartment. Even though the couple already had tables full of GoT-themed snacks, Grey Worm's gummy worms included, Maisie made a 7-11 run, posting "Who doesn't love extra popcorn and crisps?" They then bonded over Jon Snow theories and dragon egg cookies. We're only a little jealous.

Watch the adorable story unfold, below: