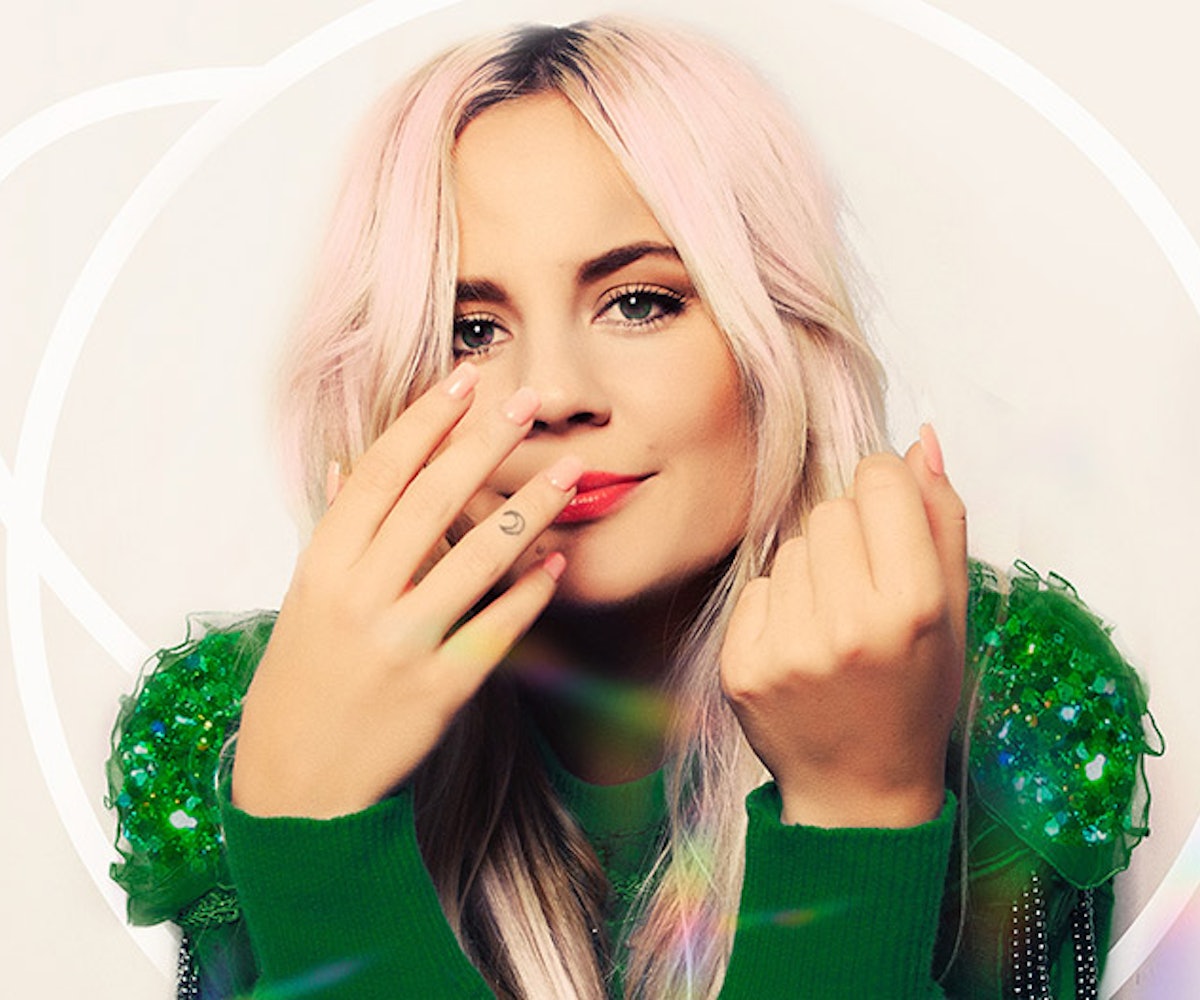 There's an air of youthful abandon in Maja Francis' new music video for her soaring optimistic song "Come Companion." Perhaps it's the pastel hues, perhaps it's the Holga camera film aesthetic, but her new video is sublimely hopeful and escapist. Shot on the outskirts of Stockholm, Francis takes her audience on a journey through a wonderland of experiences: an empty museum, a pink-and-purple lake, a hazy tub, and idyllic home spaces made for dancing. She plays the hopeful caregiver to her downtrodden partner, helping them find the joy in life. "I want to show my friend, my lover, or the darker side of myself that you can always find the rainbows behind the clouds," Francis told us. "Or the glitter in the dark. You don't have to be alone in that process."

Francis' vigor for life is bright and it's shimmering. "Come Companion" (and Francis' EP) is a reflection of that. It leaves you inspired to find the good and the positive. Check it, and our new interview with Francis, below. Look out for a '90s Leonardo DiCaprio reference while you're at it!

Where did you pull inspiration for the video from? I'm loving the reference to that iconic Leonardo DiCaprio image.

I had such a crush on Leo in the '90s. One of the inspirations for this video came when I rediscovered Baz Luhrmann's take on Shakespeare's classic play, Romeo + Juliet. The aquarium scene with Leo and Claire Danes in the wings is one of my favorite movie scenes, ever! The mix of dream versus reality really inspires me. And, of course, space, cats, and cake!

What lessons did you learn in making it?

I learned that if you’re going to fake summer and dance around in sequin shorts in March in Stockholm, you should definitely remember to bring your gloves, hats, and winter coat. I didn’t...

Where was it shot?

In the outskirts of Stockholm, Sweden. We walked around trying to find some gems on our way, and we did! It was a bit hard to fake summer when there were hardly any leaves on the trees. We also snuck into a museum and broke the silence by running through the quiet corridors. It was so much fun! I felt like a kid on the run.

Is your world always so pink, blue, and bright?

I’m in constant search for colors. And if they are not there, I create them. I think part of [the reason] is because it’s not always that bright on the inside. Also, I grew up in my parents' kitschy Bollywood home. I was so disappointed when I realized the world outside of that wasn’t at all as colorful.

I’m releasing a new love single in August, and then I’m going to collect my dreams and turn them into an album! Also, I’m planning to do some trips down south to my parents' house so I can see my cat, Pony, who’s currently living down there, and sit by the ocean for hours.

NEXT UP
Entertainment
Spring Summer Towers Above The World In Cozy "Mountaineer" Video
Entertainment
Tove Lo's "No One Dies From Love" Video Is A Robot & Human Melodrama
Entertainment
The 5 Must-Listen Tracks From Kendrick Lamar's 'Mr. Morale & The Big Steppers'
Entertainment
My Chemical Romance Return With Glorious New Song "The Foundations Of Decay"