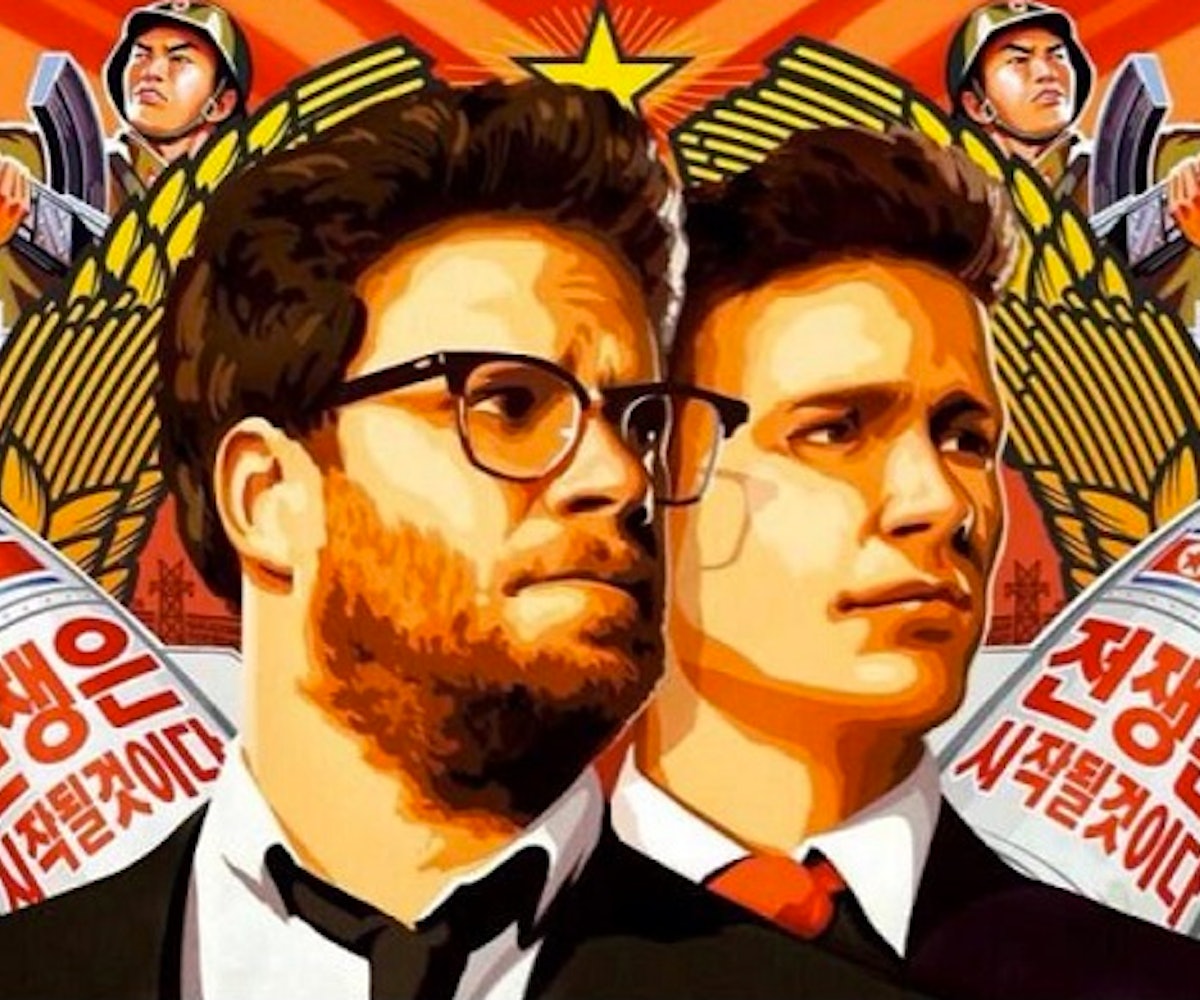 It's over, ladies and gentlemen.

The terrorists have won. Variety is reporting that after Minnesota-based chain Carmike Cinemas and Bow Tie cinemas pulled The Interview this morning after vague terrorist threats surfaced in relation to the comedy, major U.S. movie chains are following suit. That means the comedy starring Seth Rogen and James Franco that has been at the center of the Sony hacking disaster, a movie that was slated to open wide on Christmas Day, probably won't be seen by mass audiences for quite some time. This is unprecedented, and caps off a disastrous month for Sony, who stands to lose untold millions by not releasing the $44 million dollar movie.

But Sony isn't the only one who loses here. We all do. Yes, it is scary that anonymous cyber-terrorists—ironically calling themselves the Guardians of Peace—have threatened violent retaliation directed at theaters showing The Interview by evoking 9/11, but do we really want to live in a country where our freedoms are revoked by an anonymous threat on a message board? And what about the artists involved who in making the film were exercising their freedom of speech? Judd Apatow, who mentored Interview co-directors Rogen and Evan Goldberg, lashed out on Twitter.

He has a point. Rogen and Franco acknowledged on The Howard Stern Show that their film has probably benefitted from all the free publicity, and if now its level of awareness is at code red, even more people will want to see it. But Hollywood is a business, and Sony, the filmmakers, and everyone else involved ultimately made this film to make money. That's looking less likely now. And if North Korea really is behind the attacks, like many have speculated, then having the movie pulled from theaters and bringing its studio to its knees is more than anyone thought they'd accomplish when they initially called the movie an "act of war" a few months back.

So congratulations, mysterious hackers. You win.

UPDATE: In disturbing news, Sony themselves have decided to pull the release entirely. The Interview will not be shown anywhere on Christmas Day, and there are no immediate plans for its release. In an official statement, Sony said:

film The Interview, we have decided not to move forward with the

planned December 25 theatrical release. We respect and understand our partners’

decision and, of course, completely share their paramount interest in the safety

of employees and theater-goers.

our employees, our customers, and our business. Those who attacked us stole our

release of a movie they did not like. We are deeply saddened at this brazen

effort to suppress the distribution of a movie, and in the process do damage to

our company, our employees, and the American public. We stand by our filmmakers

Also, the New York Times is now reporting that the U.S. government has concluded that North Korea was definitely involved in the hack and threats. No kidding.