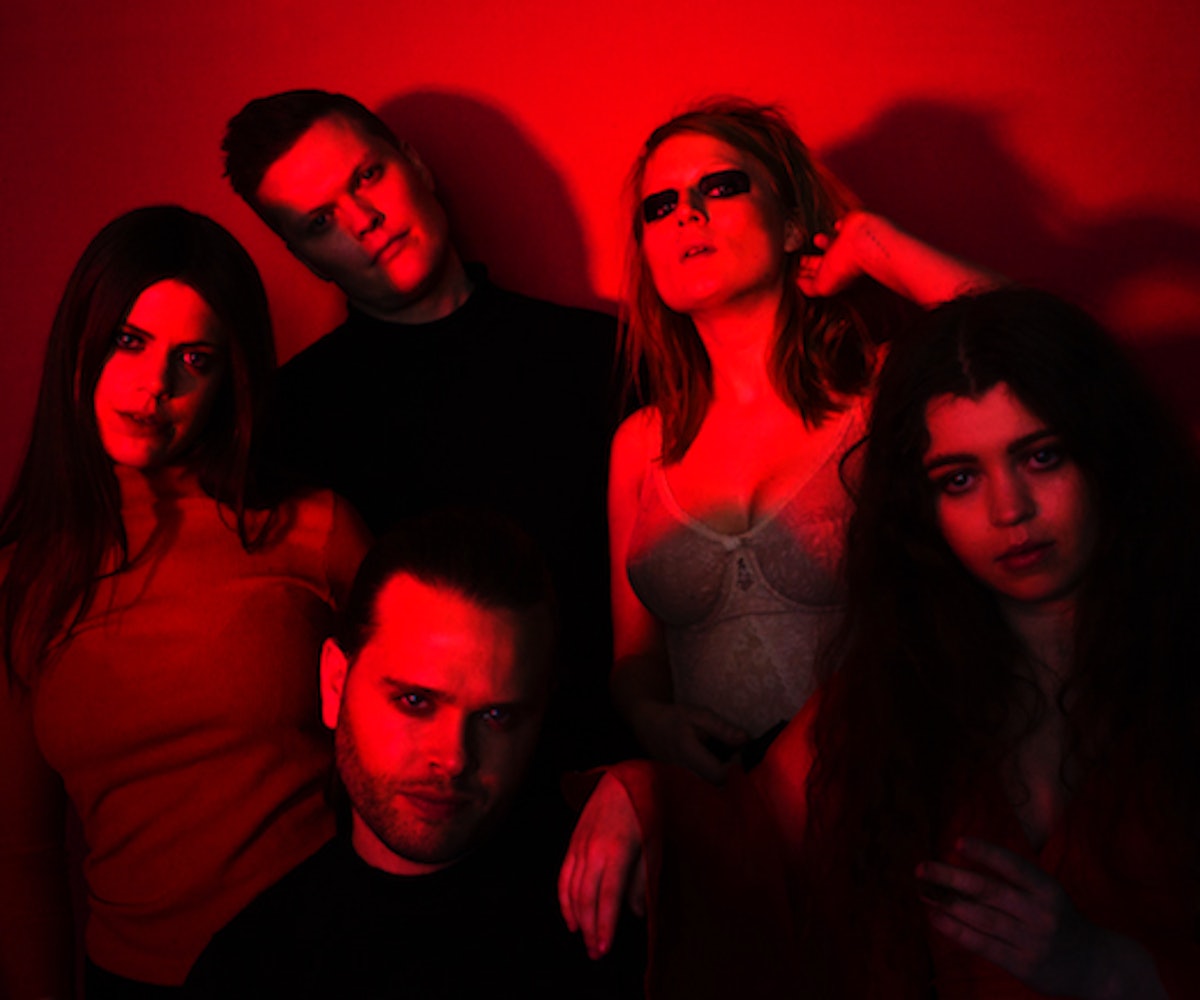 There’s a whole essay waiting to be written about the word “ethereal,” and its use describing Nordic (particularly Icelandic) artists. But even though Mammút frontwoman, Katrína Kata Mogensen, possesses the kind of siren vocals capable of summoning any class of mystical character, her and bandmates', Vilborg Ása Dýradóttir, Alexandra Baldursdóttir, Arnar Pétursson, and Andri Bjartur Jakobsson, brand of rough and tumble fanaticism isn’t so easy to categorize. And now, four albums and 10 years deep into their career, it’s no longer being expressed in their native tongue.

“I wasn’t even sure if I could deliver my thoughts into English,” Mogensen confesses from a tour stop in London:

That was the challenge because I didn’t know what the outcome would be. It was totally different. I found straight away that all the music you listen to is so much in English, you’re writing into this huge pop-rock history. There are so many references. All the words are so layered. In a way, it was a challenge to make our own voice. I felt a lot of freedom. I think it’s easier to be direct in English than in Icelandic. More black and white. I’m very happy with it, and I’m very happy with the lyrics. I could deliver my thoughts.

Kinder Versions features a dramatic sweep of music. No number of guitar pedals and percussion lines can hide the fact that the Icelandic five-piece know their way around a tuneful melody. But emotional music gut punches run deep and rocky, full of spiky guitar solos and meditations on sadness, hurt, and pain. “Taste the dirt of the water/ You know you’re never be pure,” Mogensen sings across a driving bassline line on standout track “Pray For Air.” But somehow, all the group’s anguish seems to ebb on “Breathe Me,” the album’s slow-moving, breathy centerpiece.

“It’s light, and it’s carefree,” Mogensen confirms. “I find it quite sexual. For me, it’s very direct. It’s the moment right before you have sex with someone. It’s the mind space that comes with it. It’s the lighter side of the album. The kinder side.”

She laughs at this subtle album name-drop. After going through the highs and lows that come along with writing an album, Mogensen is feeling good right now. Thanks to their signing with Bella Union (who will release Kinder Versions in July), they’ve been gifted with more opportunities to travel, new audiences, and—with any luck—smooth sailing.

“I put my drama into my music,” she says. “I really don’t like it inside my life that much. But you can’t really avoid it all the time. Being an artist, it’s such a great opportunity to put your hard feelings and overloaded thoughts into your art. And then you finish them off. In your life, it’s hard to cross out things or finish them. Art really helps you to do that. To say goodbye to things, or welcome things, or figure things out. It’s really great for all the human craziness that goes on inside of everybody.”