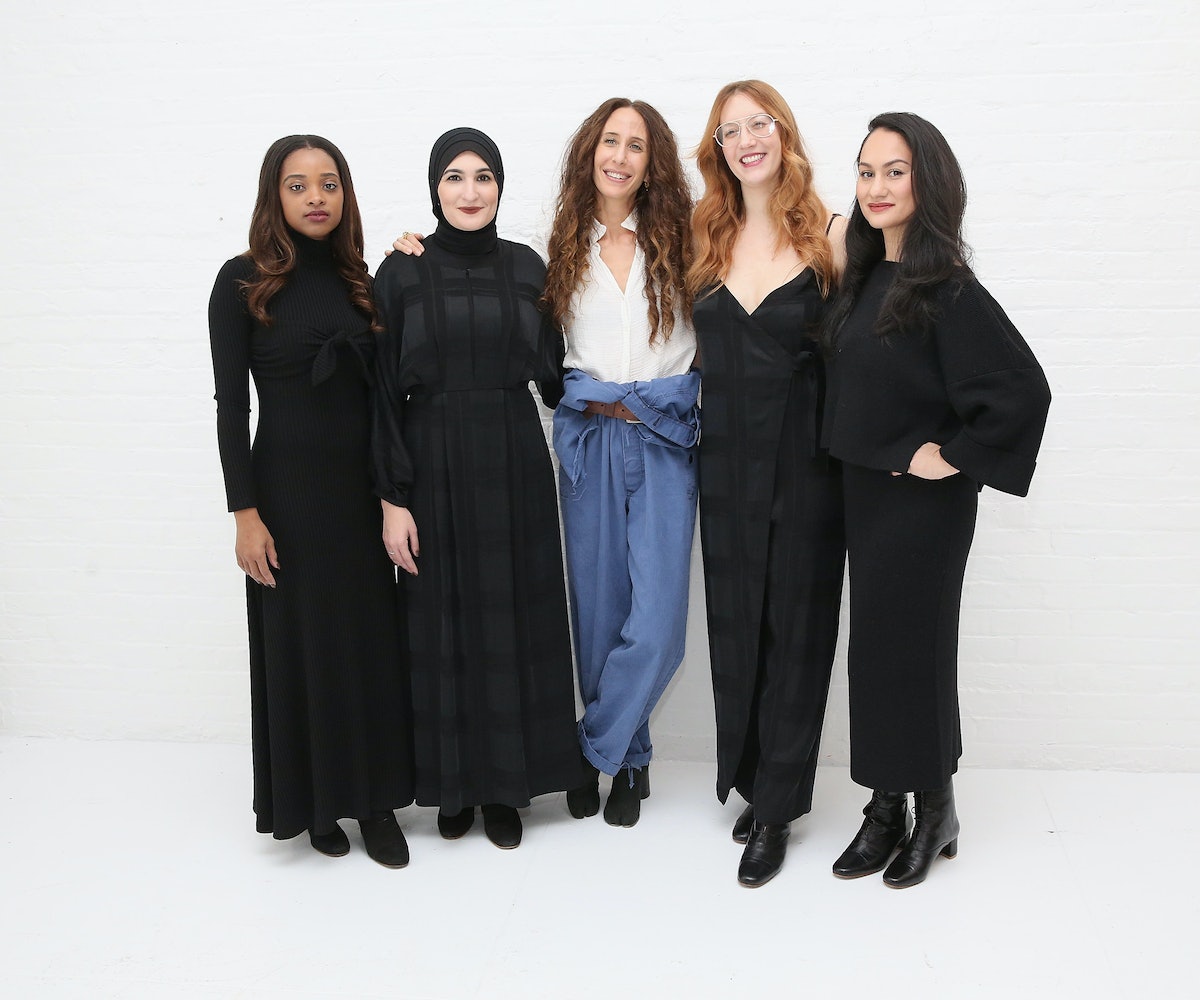 This New York Fashion Week has seen its share of politics this season. From slogan-boasting tees to music urging to #Resist accompanying shows and models from "Muslim Ban" countries cast to walk the runways, some designers have openly expressed their opposition to the current state of affairs. But none have done so as powerfully as designer Mara Hoffman, who opened her eponymous label's fall/winter show last night with a reading from the co-founders of the Women's March on Washington.

"This show is inspired by the women whose songs are not yet sung, the allies, the named and the nameless. I dedicate this to the women who are constantly creating in the name of change," Hoffman stated in the program. The designer, who herself participated in the Women's March back in January, recruited Bob Bland, Tamika Mallory, Carmen Perez, and Linda Sarsour, who each took turns delivering powerful and goosebump-inducing remarks that set the tone for the show that followed.

"We stand together, recognizing that defending the most marginalized among us is defending all of us. Hear our voices," began Bland with the Women's March on Washington mission statement, before Sarsour quoted Maya Angelou: "Love recognizes no barriers. It jumps hurdles, leaps fences, penetrates walls to arrive at its destination full of hope." The foursome called the women to put aside their conflicting beliefs and instead be allies to each other—especially to marginalized groups, women of color, and those with disabilities—in face of discrimination and the stripping of women's rights.

In addition to using models to showcase the collection, Hoffman employed 10 dancers who performed equally enchanting contemporary numbers that seemingly reflected our chaotic search for footing in the disarrayed world we currently find ourselves in; meanwhile, models from a diversity of backgrounds, walked around the moving dancers. As the eerily bewitching music played in the background, including a number set to Angelou's poem "Phenomenal Woman," Hoffman transported a visibly moved audience to a reflective landscape typically unknown in the world of fashion.

As for the collection itself, it was made for the modern warrior with structured pantsuits, menswear-inspired coats, and high collars. Bright colorways, bold prints, and killer silhouettes reigned supreme, fitting for a woman who's prepared for a battle that's inevitably coming.

Watch the opening remarks and the full show on Mara Hoffman's website.