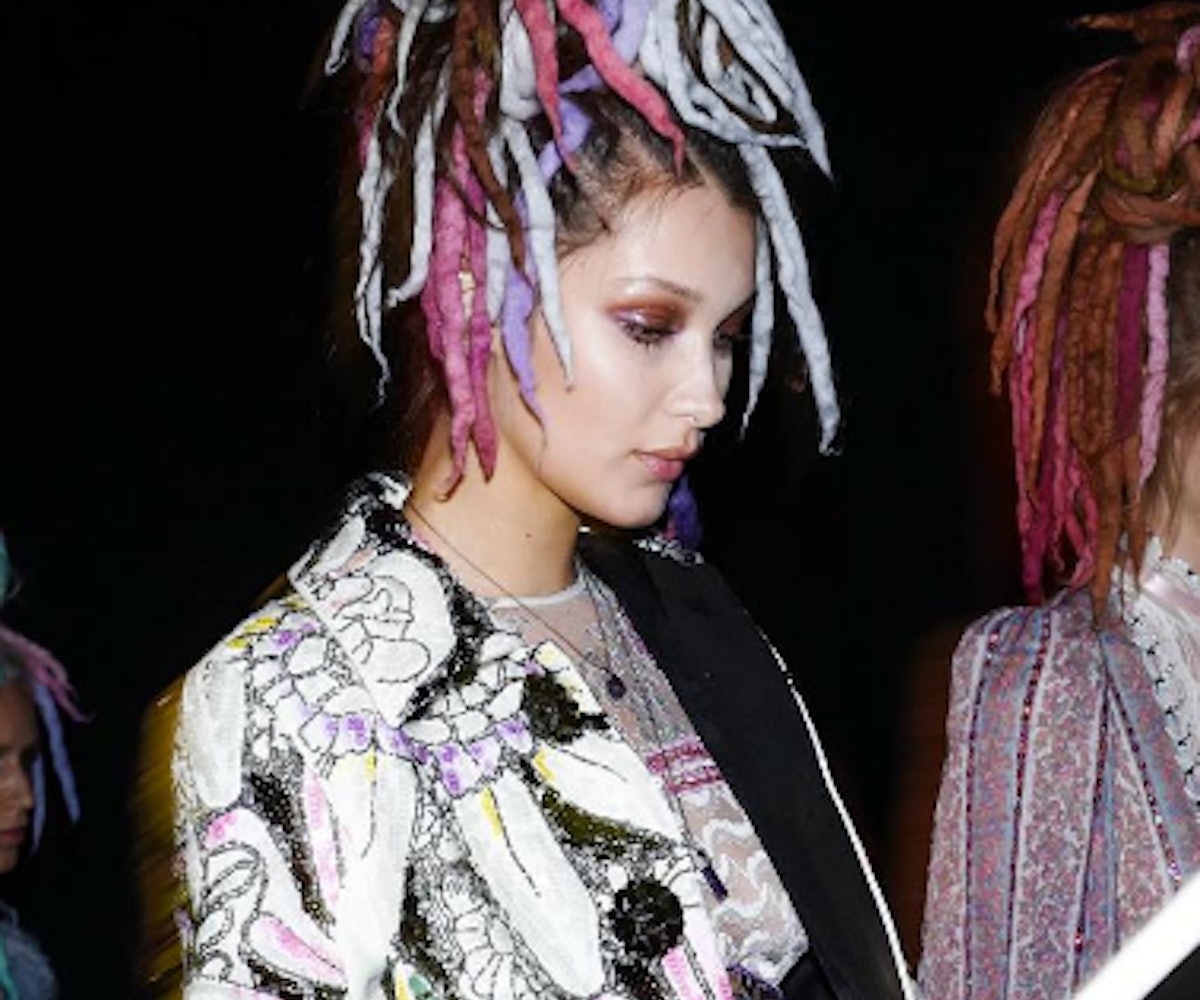 The topic of cultural appropriation is very much in the news right now. Whether because author Lionel Shriver dons a sombrero to talk about how sensitive people are nowadays or because Free People is selling dreadlock extensions modeled on white people or because the New York Times reports the "new" trend of women shaving their heads (new to straight, white women, maybe), it's definitely a timely—overdue, really—conversation for our culture at large.

Well, guess what, culture at large? We now have a brand new talking point: Designer Marc Jacobs closed out New York Fashion Week by sending out his models onto the runway wearing rainbow-hued faux dreadlocks.

Pretty soon after Jacobs started posting images of the show on his Instagram, social media seized on the topic, with people tweeting questions about why Jacobs didn't hire more black models with, you know, actual dreads, rather than mostly white models who needed to have the dreadlocks added. Not only that, but the woman who was hired to supply Jacobs with the colorful, wool dreads is also a white woman. Harper's Bazaar reports that "after a Google search online, [hairstylist] Guido [Palau] stumbled upon Dreadlocks By Jena, a small Etsy shop run by Jena Counts, based near Jacksonville, Florida."

Beyond that, though, Fashionista reports that the various inspirations that Jacobs and his team used to create the look are similarly white-washed. These inspirations include Boy George, Lana Wachowski, Marilyn Manson, and "Jacobs himself." Some of the inspirations are a little more vague, like "club kids," "London in the '80s," and "Burning Man." Fashionista also notes that it's incredibly revealing that those influences do not include "the obvious ones: Rastafarianism and black culture, wherein dreadlocks have their historical roots."

Earlier this year, at February's NYFW, a similar controversy arose around the presentation of the Fall 2016 show by The Blonds, in which they also used pastel dreadlocks on primarily white models. There's no doubt that in the same way Jacobs wasn't the first to incite valid conversation about cultural appropriation, he also won't be the last. All the more reason to have open dialogue surrounding topics like these and to listen to the groups of people—who are oftentimes historically oppressed—who have had their culture raided in order for other, more powerful people to make money off their fashion and style.

Updated: Marc Jacobs appears to have responded to the controversy with an Instagram comment, as reported by Oh No They Didn't: