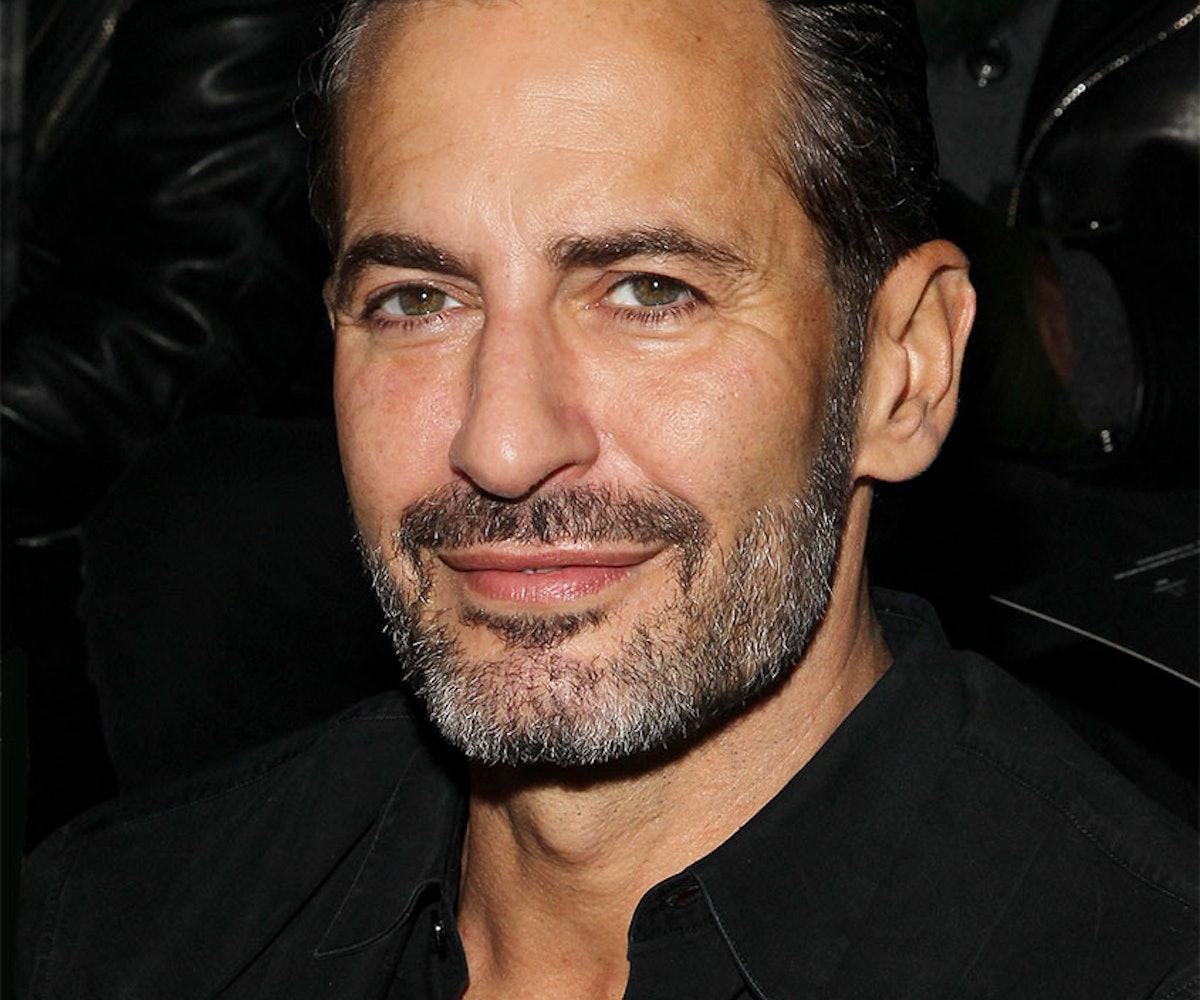 Sunday's edition of the New York Post saw a massive, 2,000-word piece titled, "What's Wrong With Marc Jacobs? Mystery Of Business Struggles, Bizarre Behavior." In the story—call it what you want: a think-piece, an exposé, a take-down piece, character assassination, or whathaveyou—the author, Maureen Callahan, attempted to delve into a bevy of topics surrounding the designer. She questioned Jacobs' departure from Louis Vuitton ("He’d told the press it was his choice to leave Louis Vuitton, yet there were rumblings that he’d been fired."); the fact that his eponymous brand did not go public, as he had announced; the originality of his work, addressing the fact that Adidas filed suit against the designer earlier this year; his fallout with photographer Juergen Teller; his nude photo Instagram "scandal"; and his history with drug abuse.

Using a number of outside sources and quotes from past interviews, Callahan and the Post managed to make headlines—because while criticizing a business model and a brand is one thing, speaking about someone's personal and sex life is a surefire way to grab the public's attention. Perhaps this was the intention, or perhaps it was something that just happened to happen, but with that kind of negative attention around Jacobs and his brand, it seemed only a matter of time before Jacobs would respond, as he has been apt to do in the past. And so, late last night, the designer took to

to address the story in his own way. He wrote:

Girl, I think I understand your pain. You're a sick woman. It must be such a sad, unfulfilling and lonely existence to get paid for 'writing' (I use the term loosely) an article put together from out of context information 'written' by other journalists over a period of time, for different periodicals, in different countries. I can’t even imagine your suffering having made a life and name working for what has to be the worlds worst, trashiest, and most irresponsible of ‘newspapers’ (LOL)! I can imagine the powerful and fulfilling feeling you must feel with each piece you ‘write’ that helps yourself and your readers feel better about their lives by putting down others who are so fortunate as to have been blessed with a genuine passion for creation. Those creative individuals who like everyone else has feelings, a sexual appetite, 'issues', character defects, and professional ups and downs. If you were a real writer and not the parasite feeding off of the successes and failures of others I wouldn't bother writing my thoughts here. I do feel sorry for you. Please know you are in my prayers. I hope you will someday find something, somewhere that gives you pleasure...and not at another's expense. Should that moment happen for you, please don't thank me. I only wish the best for everyone. Even you. Sincerely and disrespectfully, Marc (Jacobs). #lethimwhoiswithoutsincastthefirststone #youwannacomeforme?

"Wild??? I’d say 'MILD'. And to whichever guest benefitted from calling this misinformation into the Post, I only wish you good health, happiness, and a long life to enjoy taking advantage of the kindness of strangers and talking shit about others. #reallyqueen?"

Say what you will about what the designer's response means—whether you believe acknowledging the articles in some way indicates that there is some truth to them, that it shows Jacobs' frustration with mass media, or if it shows that Jacobs is only human and responds to attacks on his character just as anyone else would—but what we should all be focusing on is the fact that a person's personal life is just that, personal, and manipulating it in any way shouldn't be a means to sell papers. Besides, it's 2015—if you want to have an orgy, then that's totally cool.