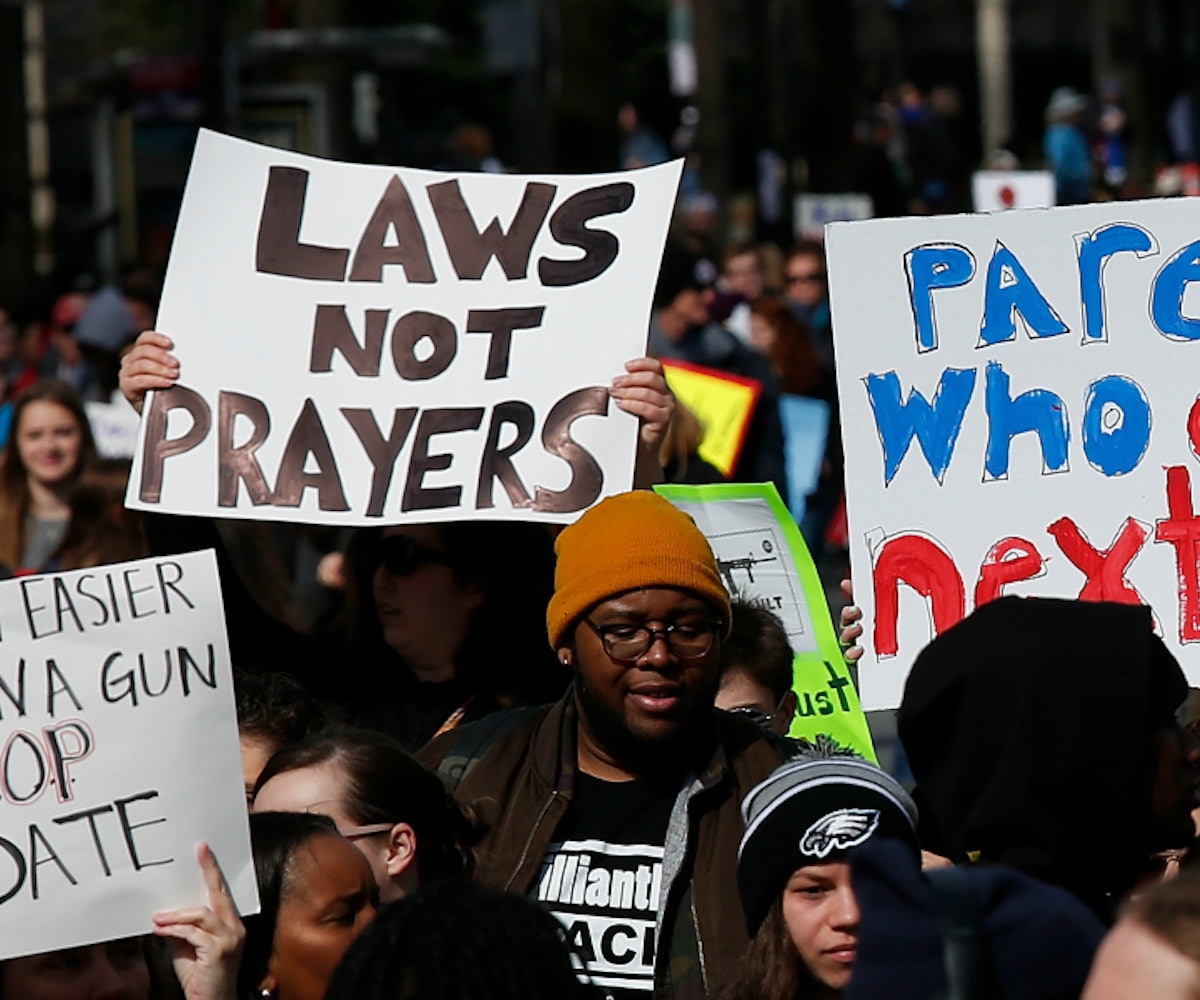 Just over a month after the shooting at Marjory Stoneman Douglas High School in Parkland, Florida, the March for Our Lives—a protest organized by teen survivors of the shooting and led by teens across the country—is taking place. Earlier this month, organizers issued their mission statement, in which they demand legislative changes to protect the lives of students:

The march—which begins today (March 24, 2018) at noon EST—will take place in Washington, D.C. near the Capitol building. There are also over 800 other March for Our Lives events scheduled across the globe in places like New York, Los Angeles, Dallas, Liverpool, and more.

Upon their arrival at the D.C. starting point earlier this morning, Parkland students were greeted with a chant of "thank you."

Less than a week after the shooting at Marjory Stoneman Douglas, survivors began fighting their own battle for gun control under the hashtag #NeverAgain. Celebrities such as George and Amal Clooney, Justin Bieber, Oprah Winfrey, Kim Kardashian West, and even the notoriously politically-silent Taylor Swift have voiced their support for the cause:

The New York branch of March for Their Lives also outlined specific legislative goals they have for the protest:

1. To ban the sale of assault weapons.

2. To prohibit the sale of high-capacity magazines.

3. To close the loophole in our background check law that allows dangerous people who shouldn't be allowed to purchase firearms to slip through the cracks and buy guns online or at gun shows.

If you’re interested in supporting the #NeverAgain movement, you can sign the petition, in which organizers "call on all the adults in Congress elected to represent us, to pass legislation that will protect and save children from gun violence." You can also donate to their GoFundMe page, which supports both the march and victims' funds.

NEXT UP
Astrology
How to Use Astrology to Access Past Lives
Entertainment
Harry Styles Is Performing At The 2023 Grammys
Astrology
February 2023’s Full Snow Moon in Leo Embraces The Real You
Entertainment
Raye Explicitly Speaks Her Mind On Debut Album, ‘My 21st Century Blues’
Style + Culture, delivered straight to your inbox.