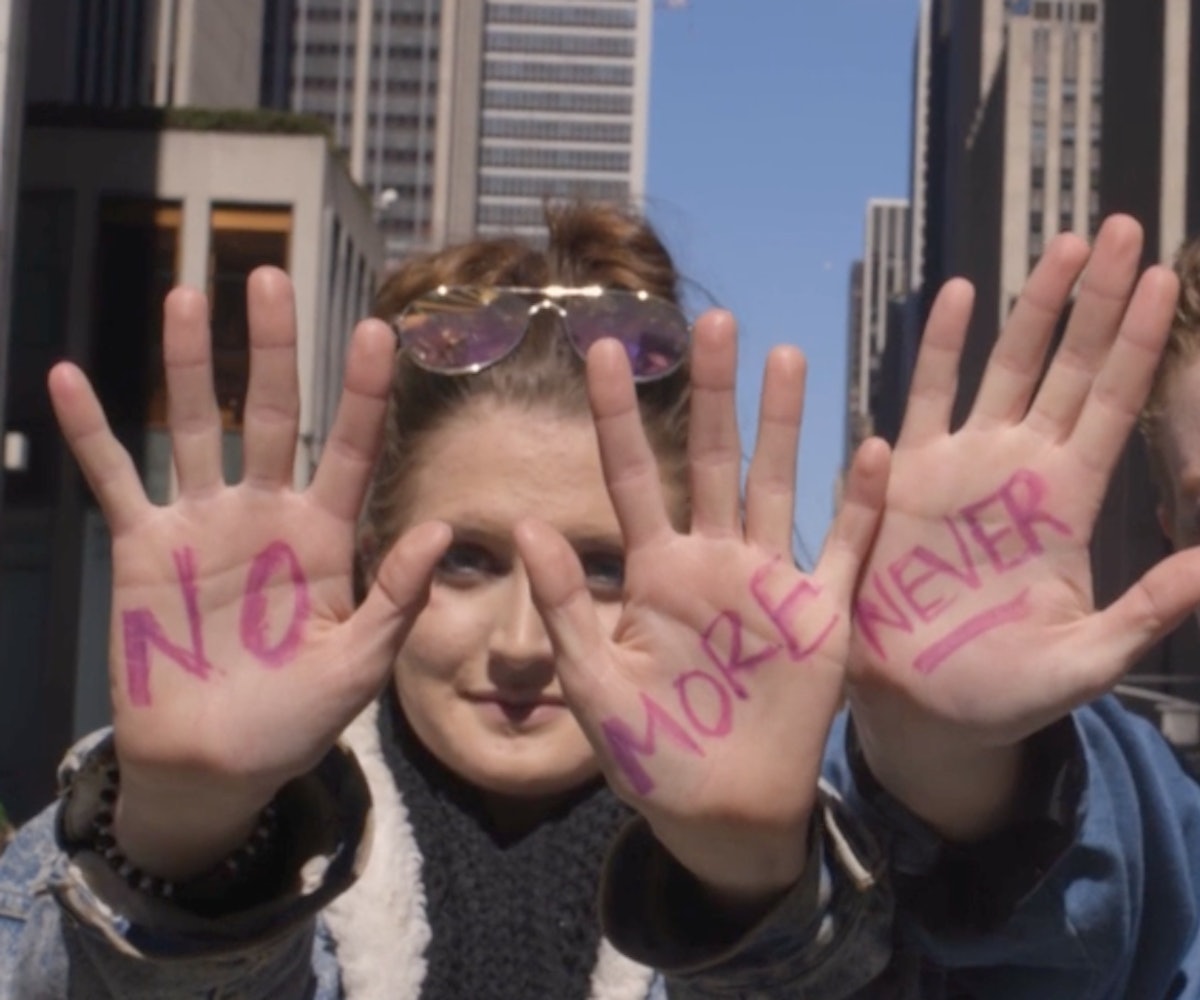 Exactly one week ago, millions of protesters gathered in the streets of Washington D.C., New York City, California, and countless other states to aid in the fight against gun violence. We here at NYLON also attended the march here in NYC, and had the opportunity to speak to some of the protesters on location who told us why they are marching.

"It never fails to inspire me, the number of people who come out here together," said one rally attendee. "No matter where you live, no matter where you work, or where you go to school. These kids have galvanized us like nothing before. They're fearless—they're absolutely fearless."

See what other protesters had to say in our recap video, below.

NEXT UP
Astrology
How to Use Astrology to Access Past Lives
Culture
13 Valentine’s Day Gifts Under $100
Culture
TikTok Dating Advice Is Hell On Earth
Culture
Dizz Tate’s Novel Brutes Captures Sticky, Sweaty Girlhood In Florida
Style + Culture, delivered straight to your inbox.