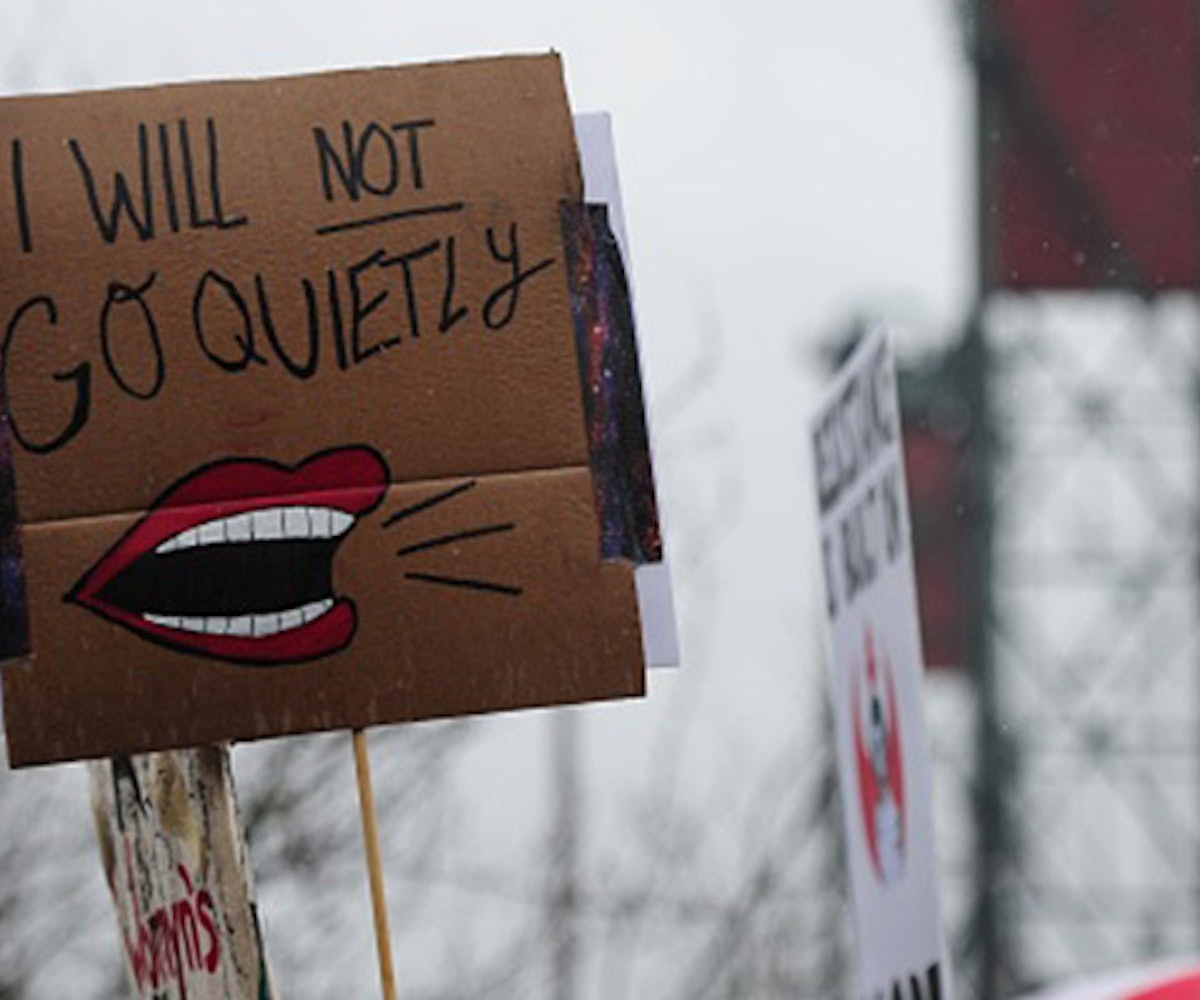 In her essay "Am I A Bad Feminist?", Atwood compares the #MeToo movement to "the 'Terror and Virtue' phase of revolutions... there must be a purge, as in the French Revolution, Stalin's purges in the USSR, the Red Guard period in China, the reign of the Generals in Argentina and the early days of the Iranian Revolution."

Atwood is essentially saying innocent men are being taken down by a group of vengeful women. According to Atwood, "the usual rules of evidence are bypassed." This is why, she explains, she signed a letter in support of University of British Columbia’s Steven Galloway, who was fired for having an affair with a student. He was also accused by multiple students of sexual harassment, bullying, threats, and assault. Atwood claims evidence was bypassed in UBC's investigation into Galloway.

"The letter said from the beginning that UBC failed accused and complainants both," she wrote in the op-ed. "In this whole affair, writers have been set against one another, especially since the letter was distorted by its attackers and vilified as a War on Women."

Flanagan, who also sees the #MeToo movement as a tool with which to attack innocent men, claims that Ansari's career has been "assassinated, on the basis of one woman’s anonymous account." A 23-year-old photographer, who went by the name of "Grace," wrote about an encounter with Ansari, during which he repeatedly tried to have sex with her despite her indicating she didn't want to.

"Many of the college-educated white women who so vocally support this movement are entirely on her side," Flanagan writes of Grace. "I thought it would take a little longer for the hit squad of privileged young white women to open fire on brown-skinned men."

She blames Grace's assault on "a whole country full of young women who don’t know how to call a cab." And she explains away Ansari's behavior by saying he just "wasn't interested" in a relationship with Grace and that's why she is so upset.

Flanagan claims that young women today are "weak" when it comes to turning down men's advances. But the issue isn't Grace not finding a way out of the situation, it's Ansari not even knowing there's a situation, to begin with.

A 30-plus-year-old man should be able to tell the difference between a woman who wants to have sex with him and a woman who doesn’t. And we, as a society, should be asking ourselves why he isn't.

Toward the end of her essay, Flanagan asks why Grace thought her encounter with Ansari "would be different" from her past terrible experiences with men. How depressing is that question?

Unlike Atwood and Flanagan, a younger generation of women is done accepting this kind of behavior as the norm. Our standards might seem high, but when you've been oppressed for so long, asking for equality feels like being greedy.