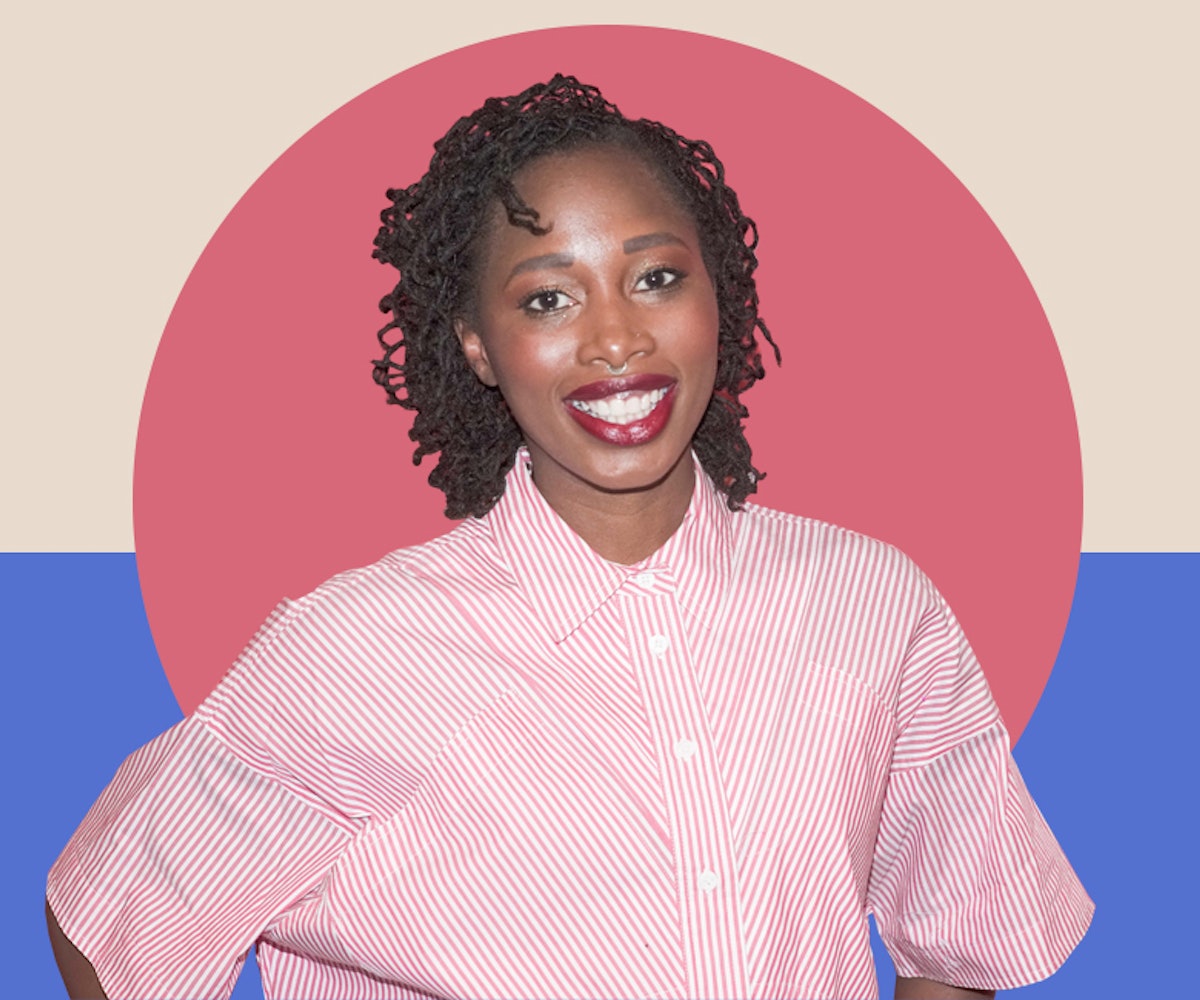 Mariama Diallo began writing for Terence Nance’s HBO show Random Acts of Flyness without any previous television experience. She’d worked with him before, the two being Brooklyn creatives and all, so when he told her he was putting together a writers room and asked her to be a part of the project, she jumped at the opportunity. “It found me, I didn't go looking for it,” Diallo tells us. “It's kind of like the house in Wizard of Oz, it just kind of fell out of the sky.”

She didn’t realize until fairly late in the process how unusual the genesis of the writing room was. Almost none of the writers had worked on another show before; there wasn’t any hierarchy in place; it was nontraditional in the best way possible. “I think the different structures in place have often inadvertently gone a long way to inhibit newcomers into the group who are often women and people of color,” Diallo says. “It was really important how much the show was a show of all of the artists, and it wasn't this concept of ‘put one person in charge at the top, and everyone else is a minion.’”

And that’s evident in the show, which is made up of different segments and styles and tones and genres that help give the series texture and shape. Almost all of the clips are meant to speak to the black experience, but almost all of them are also from varying black perspectives. It’s hard to describe a show like Random Acts of Flyness, but think the weirdest episodes of Atlanta meets the second half of Willy Wonka & the Chocolate Factory. As Diallo puts it, it’s “this kind of feverish dream that weaves in and out of many different spaces.” Yes, that.

Diallo wrote one of our favorite clips from the series, titled “Bad Hair,” about, in laymen's terms, an afro gone “bad” (again, hard to describe, watch it for yourself below). Ahead, we chat with the writer about the clip and why she feels black women’s hair is always a topic worth exploring.

How did the pitching process work for “Bad Hair”? Did you have the idea already in mind, or did Terence come to you with it?

“Bad Hair” was something that I had been specifically thinking about. And the way that the writers room worked was, in the first few weeks of convening, we didn't do almost any writing. A lot of it was just conversational and sharing ideas. Writers would come in with particular concepts and discuss it with the group, and then the group would develop it from there.

I came in with a seed of an idea. I was just thinking about making literal the concept of “bad” hair. So I went in with the thought that I wanted to talk about badly behaving hair. One of my early concepts, before I brought it to the group, was like the Michael Jackson "Bad" video where they're fighting in a subway station. I was thinking about that and all of the different ways that we could flip this concept of "bad” hair on its head. So, I brought that idea to the group and, typical to what usually happens, it sort of morphed and developed from there.

The topic of “bad” hair has been explored in everything from documentaries to articles to personal essays, etc. What made you want to approach it from a comedic standpoint?

Sometimes, I reproach myself about this, but I would say that, typically, I have a little bit of an irreverent approach to some of these concepts. And while understanding the depth and complexities, there's a certain level of just ongoing absurdity in contemporary race relations. And I guess, if you think about the fact that we're talking about concepts that are at the heart of it completely abstract, and yet are so incredibly important culturally in the way that we live our lives, there is this strange tension of something being absurd and also being the most important thing ever. And so I think that it just seemed appropriate for me to really unpack the concept of 'how can hair be bad?' And obviously, there's a lot of pain behind it and history, but it's also ridiculous.

My favorite part is, at one point, the hair and an inmate parody the scene from Spike Lee’s Malcolm X film when they read the definition of “black,” except in the short they read the definition of “bad.” Then, the inmate launches into an amended version of Malcolm’s who taught you to hate yourself speech. What was the conversation like about incorporating that into the clip?

The scene is such an iconic touchstone of recent black pop cultural history… and I think it was Terence who wanted the hair to go through a process of awakening, because, at some point, the hair was just sort of supposed to remain forever bad. But Terence wanted the hair to become enlightened in prison, and as I was thinking about enlightenment in prison, the first thing that comes to mind is Malcolm X.

The thing that I liked about it—and generally it's something that I like—is when you can key into a cinematic language so that there are these certain touchstones and visual vocabulary that somebody watching will understand. There are the layers and the nuances of what you're saying through this learned cinematic language. So, I knew that that that was such an iconic film, and putting it in there visually, it explains a lot to you that you don't have to use up with words. It’s understood that the hair is now becoming political and is understanding more about the roots of its self-complexes and whatever else.

Your Sundance film short Hair Wolf also deals with, specifically the salon and appropriation, but generally about black women’s relationship to their hair. So, the topic I think I can safely assume is one that resonates with you. What about the subject of hair feels so worth exploring to you?

You know, I thought about this and realized, Oh gosh, I'm kind of creating this niche for myself as the sort of hair woman, and that definitely wasn't my intention [laughs]. It's a little coincidental the way it played out because Hair Wolf came out, and that's my most notable work, and then “Bad Hair,” was just one of many ideas that I brought to the [Random Acts of Flyness] room, but it was one that really clicked for everybody quite early on.

Hair is important though, and it also makes sense that these ideas really took off because, I think, there's something very easily communicated and well encapsulated in these battles over our bodies and our hair and how our hair is perceived and treated and how then it reverberates culturally. So, though it was essentially an accident that I keep coughing up hair-themed films or segments, it makes perfect sense. The history goes back centuries, and I think it's something that we're still untangling, to throw a little pun in there [laughs]. There's just a lot to be worked through. Immediately when you meet someone, their appearance, their hair, these are the markers that are immediately distinguishable. And as black women with natural hair, this is, I'd say, one of the most distinct things about us. Nobody else has hair like we do. That really is a completely unique factor, and I think it is something that has been used to differentiate us from other groups of people for a very long time. So, it's at the forefront of all of these conversations of what does it mean to embrace difference.

The show is airing its last episode tonight, what kinds of stories would you like to tell next?

I really like genre-bending projects. One of my favorite kinds of films to watch is probably a horror film. At the same time, I'm not particularly drawn to writing straight-forward horror. I'm working right now on my debut feature, which is a horror-drama film, but I'm also very intrigued by a sort of classic noir thriller. That's another topic that I'd love to tackle next. Obviously, having a black protagonist, a woman, I think that there's an excellent story to be told, and it sort of boggles my mind that there aren’t many black people in noirs and it literally means black. It’s just crazy to me. So, I'm just going to flip the whole thing. I'm going to have a lot of black noirs, but we'll just call them black films.