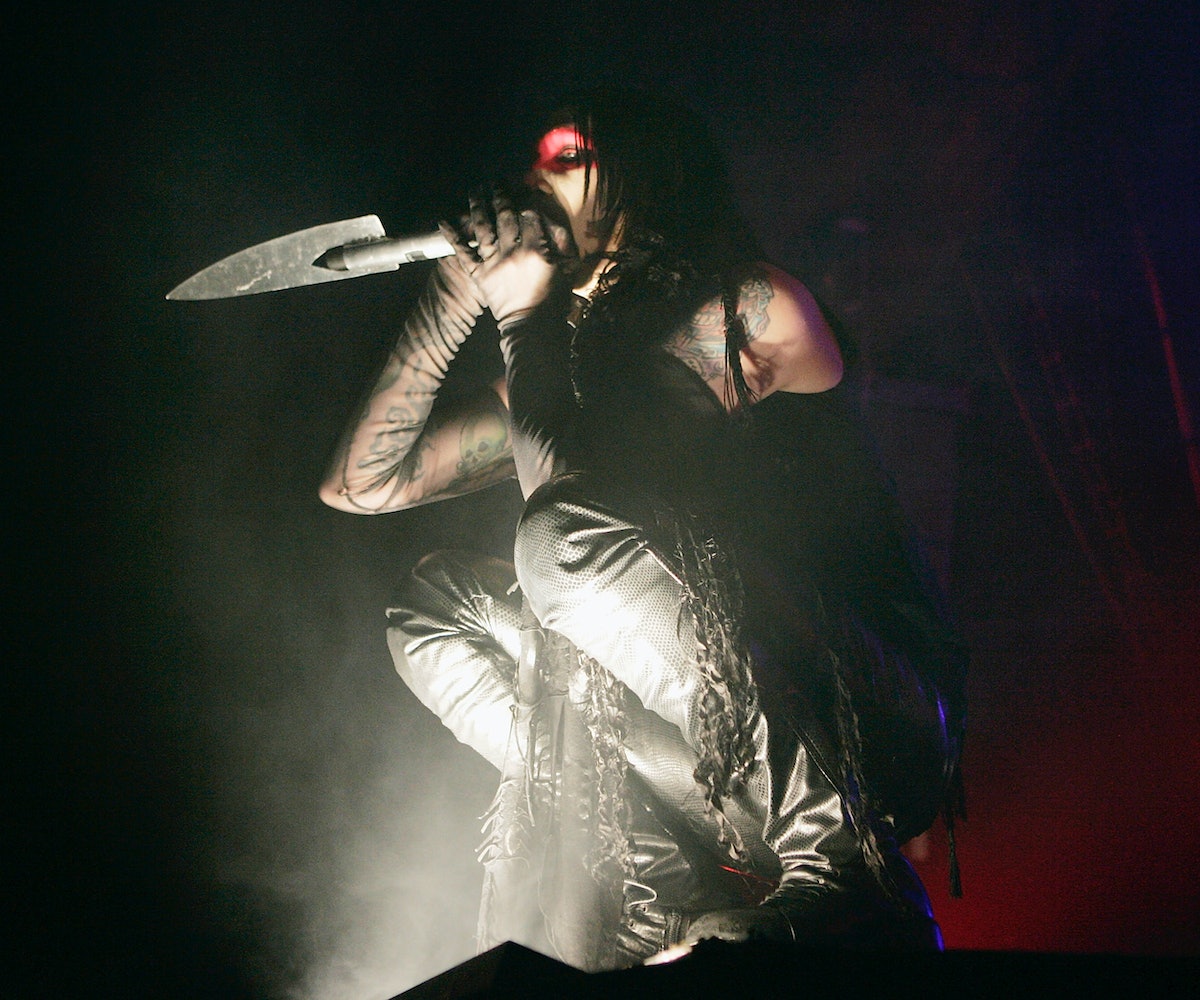 In April of 1997, Marilyn Manson backlash was at an all-time high. On the same day South Carolina introduced a bill barring the singer from performing at any state-run facility, the University of South Carolina canceled his upcoming concert, full stop. A few days later, Richmond officials pulled the plug on a May 10 show, while earlier in the year 5,500 Florida residents called Jacksonville’s mayor to protest a concert date. In Oklahoma, picketers marched outside a concert, and New Jersey officials considered canceling a multi-act event because Manson’s name was on the bill.

In short, the Marilyn Manson Dead to the World Tour was steeped in controversy. And while we’ve come close, we’ve never seen a controversial artist like him in the 20 years since.

Similar to the Satanic Panics of the 1980s, Manson’s opponents based their protests on unfounded secondhand accounts that fueled mass paranoia. Anonymous affidavits made in January 1997 stated the singer and his band engaged in satanic rituals onstage, as well as sex acts with animals and each other. (Said one of the witnesses, “I believe about 30 percent of the Manson concert crowd participate in open, overt sexual activity at an average Manson concert.”)

And in the wake of these accusations, the singer never flinched. In an August 1997 episode of Politically Incorrect, Manson calmly stated that what he stood for was individuality, and pointed to the trend of there consistently needing to be a reason to rise up and combat whatever devil the Church set its sights on. And while Manson was never shy about his belief in Satanism (which he wrote about in his memoir, Running With the Devil), he at no point positioned himself as a spokesperson for the cause. He never called on his fans to follow him or to abandon their own beliefs for the sake of joining his. The man understood the value in being one’s self and staying true to one’s ethos, absolutely. But most importantly, he also understood publicity.

Which was arguably the biggest gift he gave his successors. Despite the protests against him and the rumors he later chauvinistically squashed, Manson showed us how he could parlay what should’ve been a publicity nightmare into pure legend by creating a personal brand so engrossingly powerful that amidst the madness, his calmness served to speak volumes. Whether on a panel show or in Michael Moore’s Bowling for Columbine—Manson was largely blamed for the school shooting at Columbine—he chose his words carefully and never raised his voice. And this created a space in which both fans and opponents could rush to fill in their own agendas or narratives. Therefore, Manson came to embody exactly what they needed him to be, all while wearing whatever he wanted to.

And he was hardly the first or last artist to be protested or pitted against. Madonna, the Sex Pistols, Sinead O’Connor, and eventually Eminem, the Dixie Chicks, and Tyler the Creator (plus dozens more) have come under fire for their lyrics, their politics, or their publications—but that’s the point. Where the aforementioned created controversy with their art and their actions, Manson’s was based almost entirely on public projection. His CDs weren’t steamrolled because he called out President Bush, nor did his lyrics revolve around killing his wife. Sure, his songs were explicit and challenged Christianity, but he never ripped up a picture of the Pope while encouraging fans to “fight the real enemy.” His backlash wasn’t even in response to his lawsuits (of which there are many)—it was steeped almost entirely in fabrication, in hearsay, and in what his opposition wanted to believe about him. And that’s an impossible relationship to have with an artist 20 years later.

Today, we know too much. An anonymous affidavit would be disproven in minutes thanks to social media and the eyewitness testimonies of concert-goers willing to share their pictures, tweets, and Snapchats of the same event. And, also thanks to social media, a new level of accessibility between fan and musician has come to fruition, while over-documentation of the famous and/or controversial has made mystery relatively obsolete. Even artists whose personas are defined by reinvention (like Lady Gaga or Katy Perry) have been “figured out” enough to dismiss any real backlash; we know that depending on the album cycle, they’ll present themselves in a way that complements their music and marketing strategy. (And if parents have a problem with it, fans will still easily access their work through streaming services and playlists.)

But Manson’s relationship with the media back in ‘97 helped change the way media began covering musicians in general. Where few TV shows or publications gave him the platform on which to examine the circumstances surrounding protests and condemnation (but still covered the situation in and of itself), artists today work to create their own brand of media, issuing blog posts, tweets, or statements that leave no room for misinterpretation. Ultimately, since the space Manson once cultivated to help build his myth can’t exist in our current social climate, it’s been reclaimed altogether. And to that end, Manson himself has adopted an online extension of that persona, tweeting everything from quotes and photos to Teens React to Marilyn Manson.

And, well, 20 years ago we know what they thought: He was edgy, he was evil, he was unknowingly the last artist whose controversy relied purely on mystique. Teens of today, however, epitomize our need to know even more. Case in point, today we'd ask: How much does he spend on makeup?