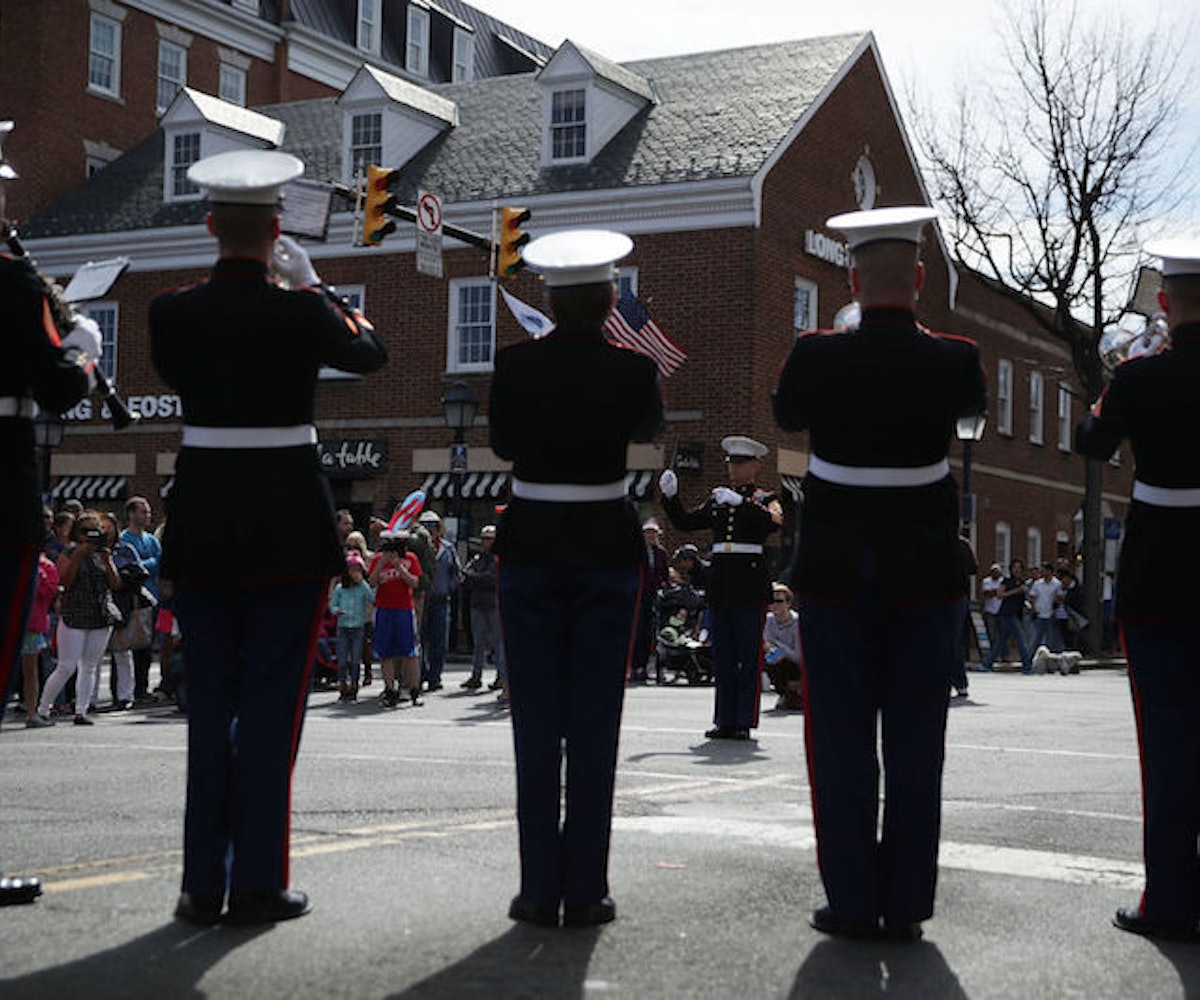 The scandal involving the U.S. Marine Corps doesn’t seem to be going away anytime soon.

The Marines United Facebook group, whose members were involved in posting nude photos of female service members, came forward with a statement making the matter worse: a spokesperson for them said this is “why women should not be allowed to join the infantry.”

U.S. Marine Marshall Chiles—a former sergeant who served six years on active duty—attempted to to defend the 30,000 members of Marines United, according to The Daily Beast, following a leak that the group was caught sharing explicit photos of women, including Marine members and civilians.

“I think the exploitation of sharing nudity of other service members online will eventually get solved, but what I’m saying is that even before then, you still have special cases going on inside units. So when you integrate women, those numbers are going to spike up within those infantry units and that’s just more things for the Marine Corps to worry about. And it’s not just the Corps, but the Army as well,” said Chiles.

Aside from victim blaming those women whose privacy has been compromised, Chiles went on to cite several examples of why women shouldn’t be integrated in combat missions, including the sexual assaults in a gender-mixed infantry battalion in 2015.

Although the Marine Corps has issued statements that condemn the actions, with Marine Commander General Robert Neller issuing a new guidance for social media this past week, is it enough to combat a pervasive, toxic culture?

According to The Verge, the All Marine (ALMAR) is a “guidance for how Marines should be representing themselves when posting Marines-related content online in an unofficial capacity.”

Violating these rules could result in punishment under the Uniform Code of Military Justice.