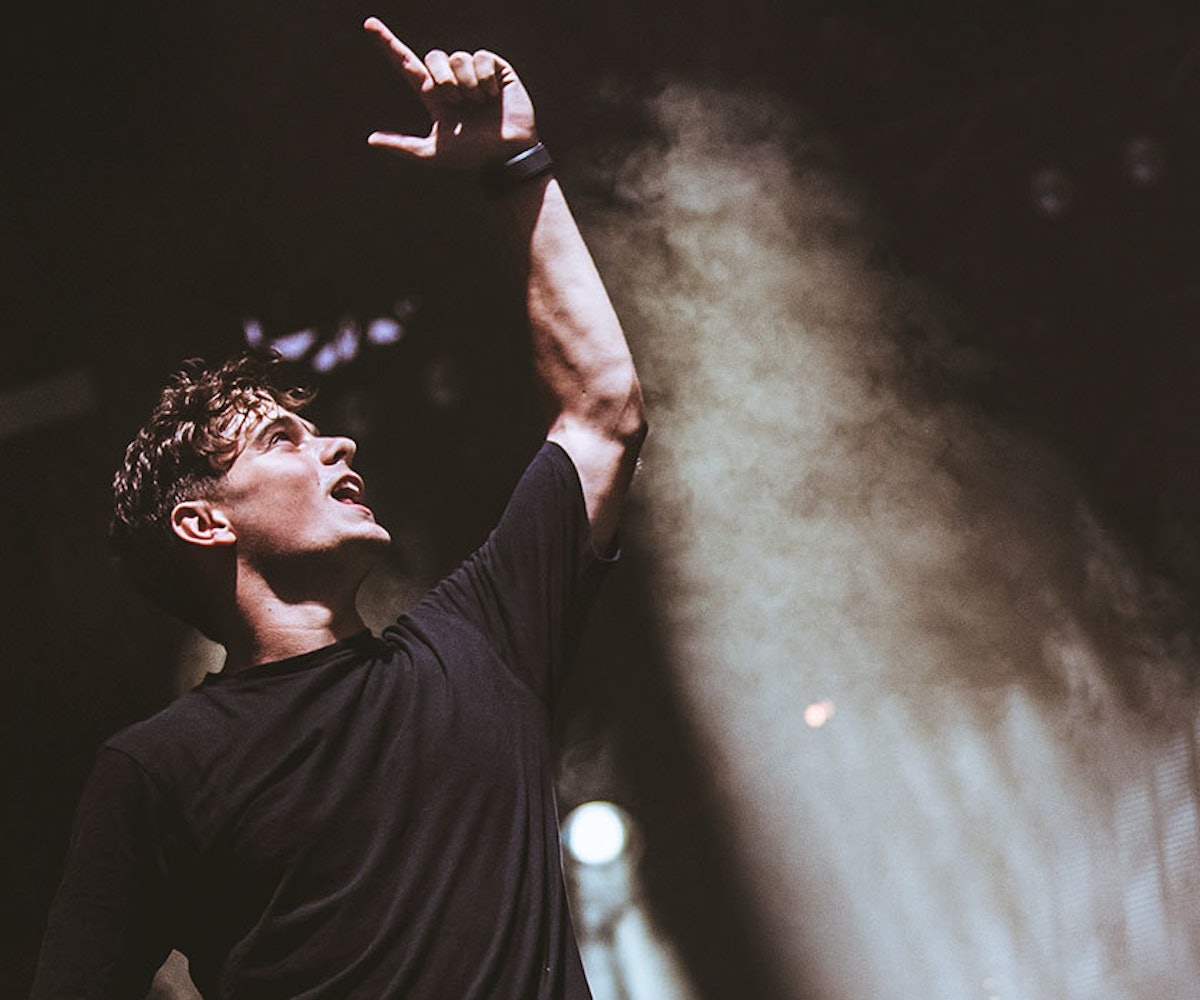 Martin Garrix cares. Is the audience having a good time? Should he mix in this song to turn the crowd out? Is that what they even want in this moment? After all, Garrix didn't become one of the most sought-after producers and EDM artists in the short time he has for nothing. He's chart gold and a bona fide festival king, pulling one of the biggest crowds during both weekends of ACL. (Take a peek here, courtesy of Red Bull TV.) Garrix is the real deal, genuine and humble. He looks you in the eye when you talk with him and he's more than giddy to show you his latest set design. (Spoiler alert: I saw it, and it looks incredible.) You wouldn't know he's one of the biggest artists in the world right now. And that's only part of what makes him tick. Read more here.

How has your outlook on electronic dance music changed since you first started?

It hasn’t really changed that much. I’ve just become more educated on so many different genres and styles. What I like to do is surprise people. I like it when people have no idea what I'm going to do next, to work with artists people don't expect me to work with. What I like about making music is there are no rules. You can do basically anything.

I've learned, after speaking with a ton of EDM people, that electronic music really is this vessel for other genres to thrive. You can do classical, you can do R&B, you can do all this stuff, and make it into something really spectacular.

Non-electronic music stuff is spectacular, but yeah, there's a lot of things possible. Also, if you look at the radio and the pop, etc., nowadays, a lot of people wanna have their stuff produced by people like Skrillex. If you look at Justin Bieber's latest stuff, it's been produced by so many electronic music producers, and to be seeing those things happen is really cool.

What makes you keep doing what you're doing?

I just love it. I love music. And it's not only electronic music, I love music in general so much. I wake up in the morning, I listen to music; I dance by myself like a crazy person to music; I go to bed while listening to music; I make music; I breathe music! The moment I see someone smile at a show, it makes me smile, too. I've seen some really cool, inspiring things during shows of mine. One time, this guy proposed to his girlfriend during "In The Name Of Love" and two people sent me a video of them walking down the aisle to a song of mine.

What song of yours always, without fail, will get the crowd going?

"Animals." I did that song four years ago now? But still, every time I play it, it’s one of the songs the crowd goes super-crazy during the show. I’ve been closing my shows with “In The Name Of Love" while all the fireworks are going off.

How much preparation does it take to create a live set?

To be totally honest with you, what I do on stage is maybe 3 percent of the work that I do. The other 97 percent is just me in the studio, trying to make new ideas vibe. For festivals, I know which songs I'm going to play, but I don't know the order. I look at the crowd and feel out how big of a song they want and need. I’m just as much on the journey as the crowd is. The show aspect, though? Like the visuals and lights? I spend a ton of time on that.

I want a Martin Garrix show to be more than just music. I want it to be also visually cool and refreshing light-wise, 'cause I want people to lose themselves. My team and I really know how to make that happen.

As a person who is onstage all the time, if you're in the audience, what are you looking for from the person on stage?

I just want to see that the artist is enjoying themselves. I don't like it if an artist is on stage, giving this attitude, like, "I don't give a fuck who you guys are. I'm getting paid." I like it if I see an artist generally enjoying the show. It makes me enjoy the show a million times more. They have to care.