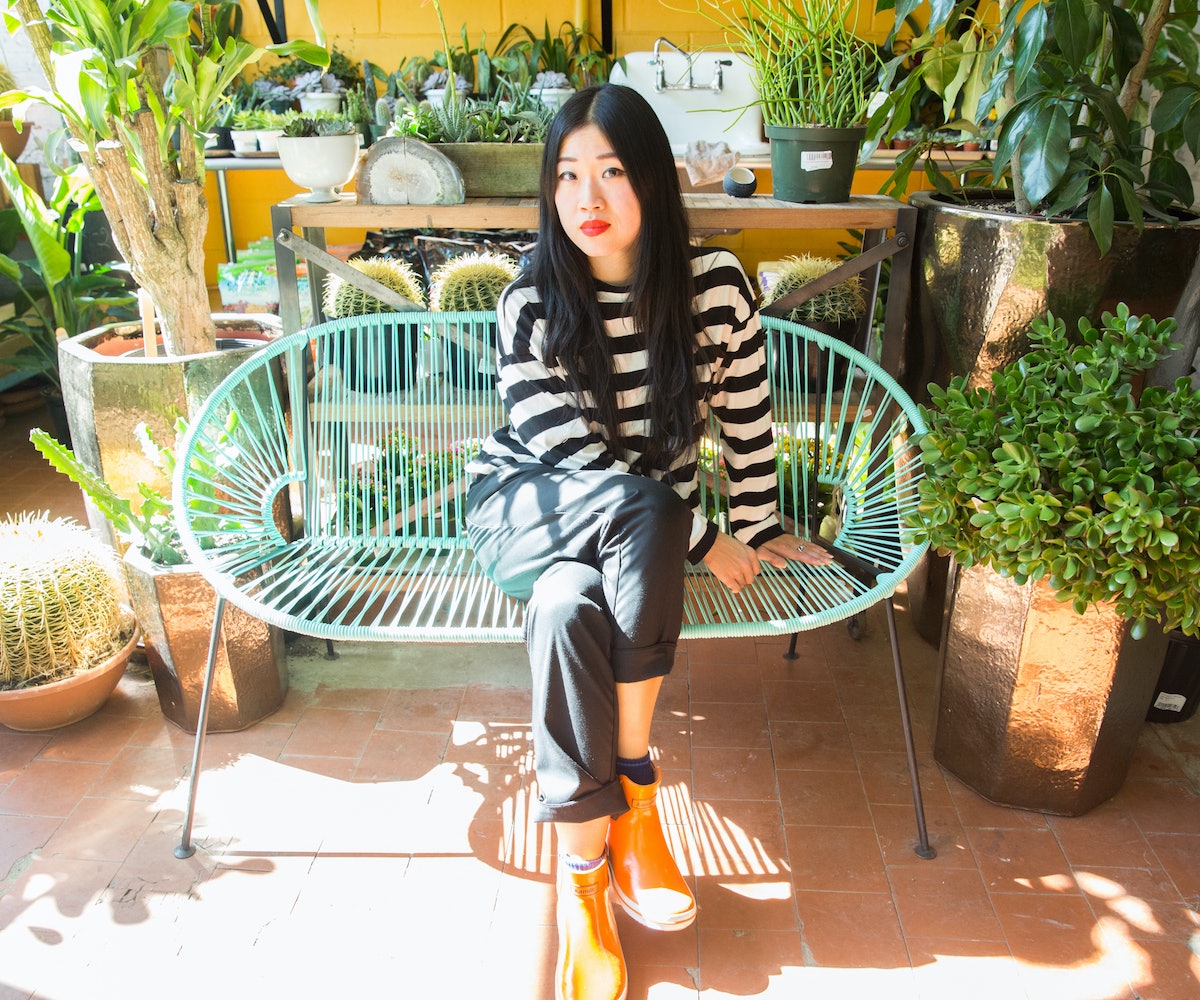 "It sort of reminded me of marathon phone conversations that I had as a little kid, like when I was making a new friend and had that three-hour brain dump where you feel like you disgorged your entire guts," Mary H.K. Choi tells me over the phone, explaining how a "pretty torrid and epic text relationship," in which she would routinely deplete her entire phone battery ("easy to do on an iPhone," she points out), served as inspiration for the intimate texting relationship between Penny and Sam, the protagonists of her debut novel Emergency Contact. Choi says, "I wanted to write a book that sort of captured that feeling, and I also had the immediacy of being in this long-distance relationship to draw upon."

Long-distance or not and romantic or not, many relationships today rely on texting as a main form of communication, and yet this mode of talking with one another is often dismissed as being inferior, and lacking a "realness" that things like phone calls or face-to-face conversations are thought to possess inherently. This line of thinking, though, speaks to a circumscribed view of the world, one which hasn't expanded to include all the different ways in which people can make a difference in each other's lives. In Emergency Contact, Penny and Sam are both dealing with a myriad of their own issues, but they become one another's emergency contacts, and soon enough grow to rely on the other, not just in case of emergency but also in order to share the banalities of their lives, those small and beautiful thoughts and moments that make up our lived experience.

Below, I talk with Choi about the novel, why texting is a great method of communicating, and how the teens are going to be alright.

One thing that strikes me about this book is that it serves as a counter-argument to all the people who think that digital forms of communication mean that relationships between young people are less "real" than they used to be in the past. I've heard people say that's why so much fiction is set in the recent past, because then they don't need to deal with texting and other modern forms of communication.

Yeah, you're right. It's funny because I wrote this article for Wired where I embedded with a bunch of high school age kids to talk to them about texting, social media, and their relationship with their phones, only because the conversation that rises to the top, in terms of clickbait and morning news, tends to be alarmist and monolithic, and about how teens are either in, like, mortal peril or they're, like, these cognitive geniuses who know everything. My experience with them, talking to them and asking them these analog questions about identity and relatability, I was like, Oh no, teens are... teens. And similarly, I've been getting the question of the hierarchy of communication, as if it's this finite goal we're all moving toward, like IRL, a form of touch-based intimacy. I think that's really skewed. It also omits people for whom touch-based intimacy isn't even a thing, because they're either asexual or just have trouble with that or don't want that. I know that getting a DM lurk or having someone sliding into your DMs and try to say some swift shit is inferior to a hug or a text that you get from someone you love or someone that you're super-invested in, but the fact that Penny and Sam are talking through text shows that it has everything to do with the person and the circumstance and how you feel about them, and that's been true of any human experience regardless of the methodology of how we're speaking to each other.

People's perceptions are really limited to their own experiences though. It's sort of like the way people talk about New York City, where the best NYC is always the one they were in when they were 22. And it's just so weird and narrow-minded and nostalgic in this way that doesn't at all account for how people continue to live and adapt and connect.

I think technology is this weird thing where, if you look at it objectively, it feels like this far away thing or you experience dissonance about the way you perceive it, but you use technology every day, and you think the way you use it is different from the way you either think other people use it or the way you think it's seen. And I always find that really interesting too. A lot of people are asking me things like, "How did you create such a real and nuanced dialogue between these two people even when it's through text?" And I'm like, "In the same way you text people, you love in your actual waking life." And they're like, "Oh yeah, totally." Maybe it's an age thing, I don't know. And perhaps it's more seamless for those of us who have just known the screen for a really long time.

The way some people are weird about technology is also related to how some people view teenagers. It's especially interesting right now, when there's this huge priority placed on either celebrating teenage activists or trying to tear them down, but also so frequently forgetting that these are just teenagers. They're not aliens, they're people.

Totally. I think the one wonderful thing technology has afforded us is that there really isn't a notion of precociousness in terms of what you're interested in or what you know because the news—and just the internet—has made it so that information is readily available to all of us. And so the only difference is that perhaps younger people don't have the same coping mechanisms we do, as older people, only because of a lack of experience and only because maybe they can't afford the therapist they want before they finally break down and get one in their 30s. Prior to the 1950s, we never thought of teens as this other group, they were just shorter adults or whatever, and now we're kind of going back to a certain aspect of that, where it's like their capabilities aren't at all limited or specific to a certain age group or a finite age period. It's sort of presumed that the older you get, you're moving toward some finite goal or enlightenment, and it's not like that. It's not linear, none of it is.

I think the one great privilege inherent in writing for young people isn't that their opinions aren't formed or that they're like jelly; it's not that at all. It's not about placing your world view upon someone else. It's actually that they're growing up with all this information available to them, and younger people are so wavy and so incredibly, humblingly expansive, and so you have these conversations happening within YA about intersectionality, where the different layers of privilege and the many layers of the solidity of identity and gender and all of these issues are being explored at a lightning pace and really organically, and on a person-to-person basis.

I think the conversations teens are having are so smart and moving and important and it's great to see that reflected. Sometimes, I think, it can feel a little forced, or sound like an adult is trying to voice their thoughts and feelings through a teenage mouthpiece. But Emergency Contact doesn't feel that way at all.

I definitely didn't want to have any sort of preciousness with these characters or any sort of head-patting, self-congratulatory thing. I think, if you honor your characters by making them as honest as possible to what resonates with you, regardless of how old you are, I think that that tends to work. It was really important for me, as a fan of contemporary YA and as a huge fan of authors like Nicola Yoon and Rainbow Rowell, to have a tenderness. There's so much brutality in the way that we speak to each other on the internet, an anonymity that prompts this kind of harshness. I wanted people to just be nice to each other, and I know that sounds denuded, and that's not kind of what I mean. It's more like, even when it's hard or even when you argue or stand up for yourself, I wanted to show people being tender, and a little bit careful, and that is completely from my personal experiences, because I am always accused of having a certain degree of solemnity to the way that I'm a friend, I always have. I take it really seriously and I feel like loyalty is serious and being available is an honor and asking for a favor is a sign of trust and intimacy, so these are the things that I really wanted to talk about... and to hear that I've even remotely succeeded in that is incredibly heartening.