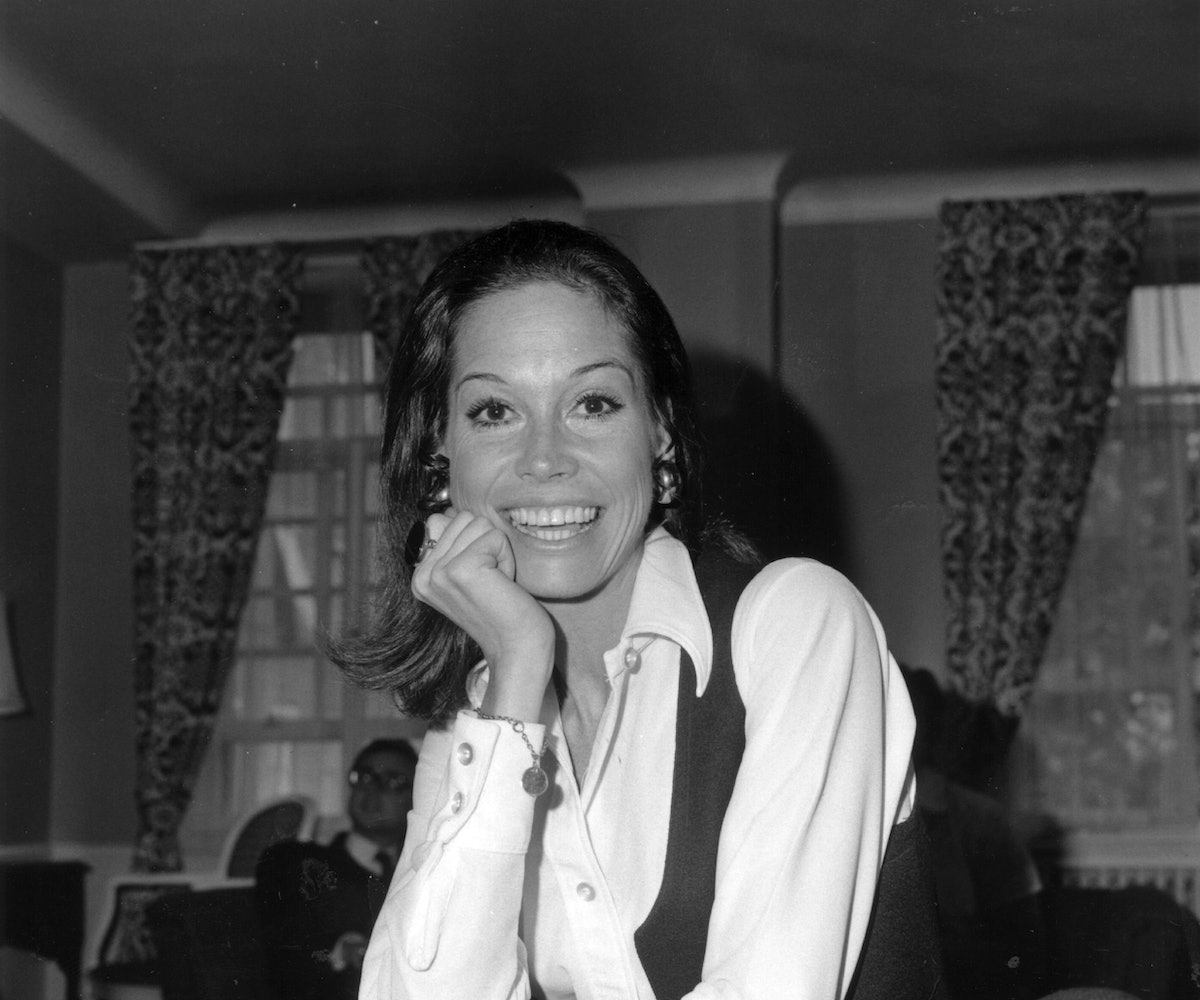 The last week of 2016 ended with a string of celebrity deaths that broke our hearts. While 2017 has already been marked by tragic political news, we've at least had a respite from sad celebrity news for the last few week. Now, with the sudden death of Mary Tyler Moore, we're forced to confront reality again, in the form of one of another of our feminist icons leaving us. According to the New York Times, the 80-year-old actress suffered from cardiopulmonary arrest after contracting pneumonia.

Moore is credited for re-defining womanhood on television during the 1960s with her portrayal of the single, career-driven woman. As a result, she became a feminist icon, and was a personal hero of many ambitious young women, perhaps most notably Oprah.

Moore's most recognized roles were as Mary Richards on The Mary Tyler Moore Show and Laura Petrie on The Dick Van Dyke Show, though she also had fine cinematic performances in films like Ordinary People, for which she was nominated for an Oscar.

During the span of her eponymous TV show, Moore faced pushback because of episodes dealing with important issues such as divorce, equal pay, birth control, and sexual independence. However, her determination to portray aspects of American womanhood that had long been hidden forced network executives to back down and audiences to take notice.

Moore was also a noted animal rights activist and philanthropist for many causes, including funding for juvenile diabetes, from which she suffered.

And while Moore's personal politics were self-descibed in her later years as being "libertarian-centrist," the fact remains that she played an icon for ambitious young women who weren't afraid to pursue their career goals in male-dominated fields. She might have been an imperfect feminist hero, but she still remains an icon.