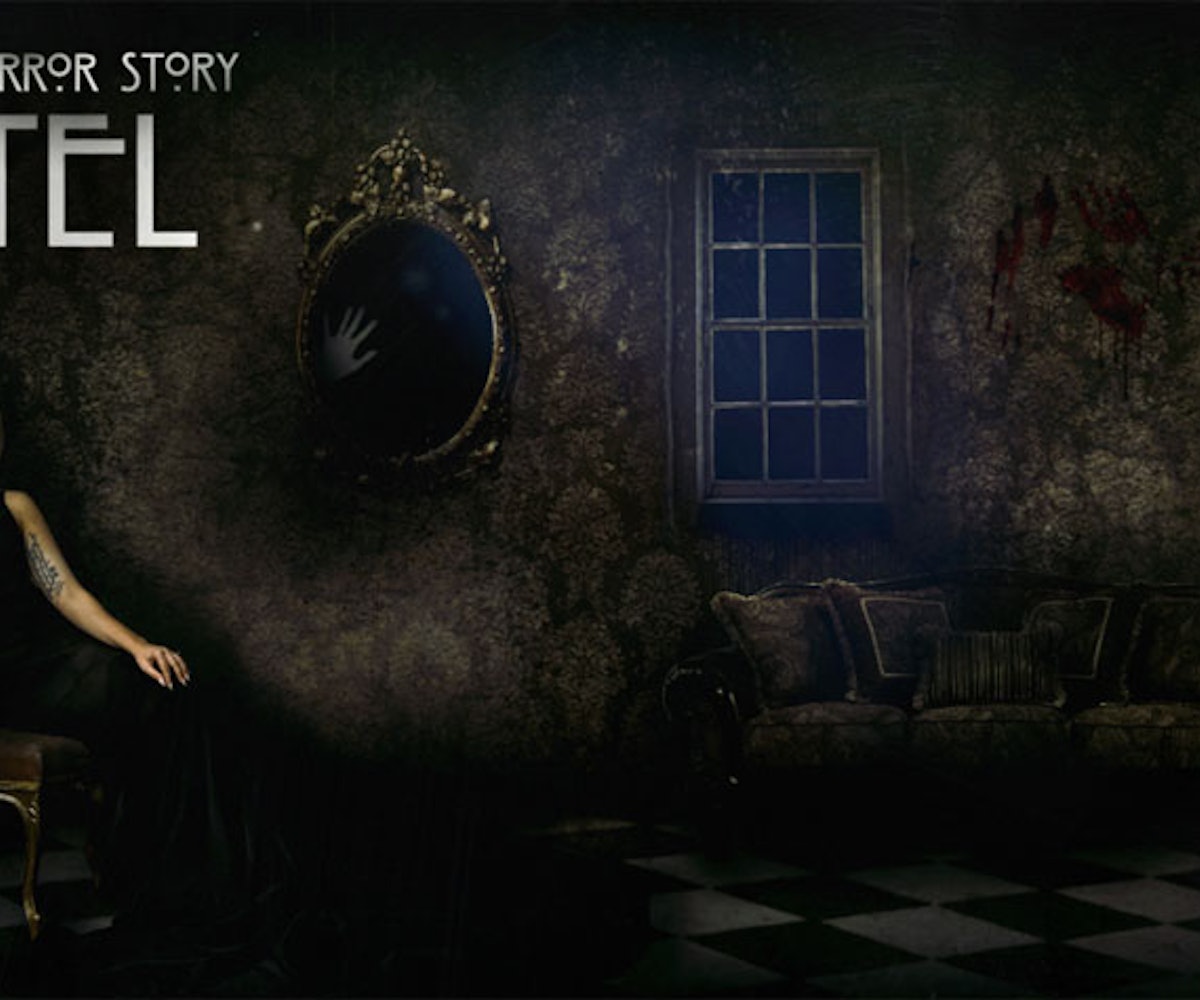 For the most part, every season of American Horror Story—in terms of plot, premise, and characters—has been clouded in secrecy basically until the season premiere. The upcoming season, however, has been extremely forthcoming: Last month, Lady Gaga revealed that she will be starring in the new hotel-centered season; yesterday, at the show's PaleyFest panel, Ryan Murphy revealed that Matt Bomer and Cheyenne Jackson will be joining the cast as well.

Bomer, as you may remember, briefly appeared in the previous season, Freak Show. In the season's fifth episode, he played a male prostitute who was brutally murdered by Dandy in his tighty whities. There are no concrete details about what his role will be in the new season, but IMDB does list Bomer as appearing in all 13 episodes.

As to whether or not Bomer's character will be romantically involved with Gaga's, Bomer said, "I can’t confirm or deny that there might be a love interest.”

During the panel, Jessica Lange also officially confirmed that she will not appear in the new season. Find out more about the upcoming season here.