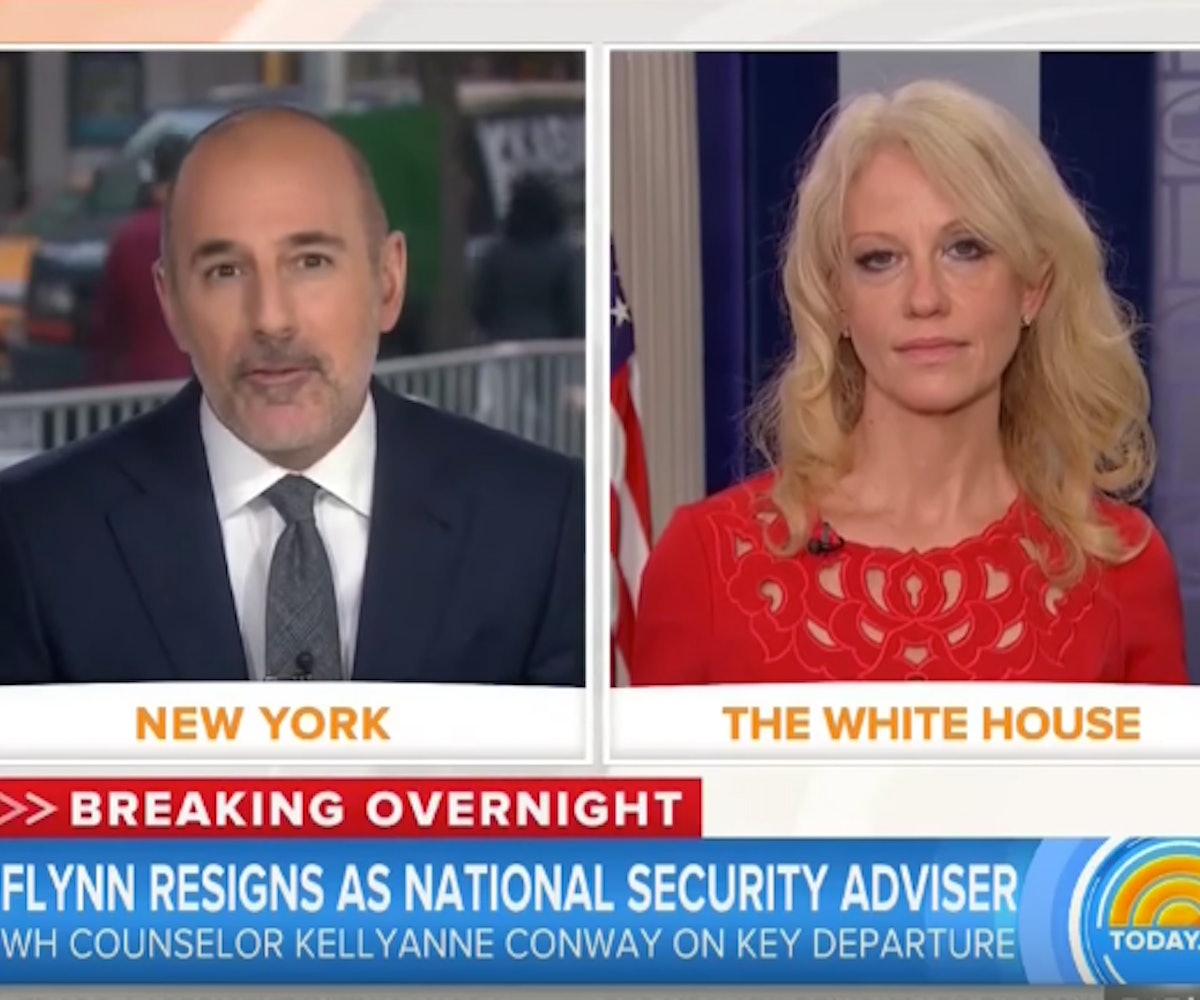 The tire fire that is the Trump administration is officially a five-alarm blaze. Late last night, Donald Trump’s embattled National Security Adviser Michael Flynn officially became the first domino to fall when he resigned his post, following revelations that he misled Vice President Mike Pence and others about his communications with the Russian ambassador to the United States on the same day the Obama administration levied sanctions against Russia.

As soon as Flynn’s resignation became public, many on Twitter gleefully pointed out that hours earlier, Trump senior counselor Kellyanne Conway went on television and told the world that Flynn “had the full confidence of the president.” Watching Conway lie on live television has become a national pastime, but to have one of her lies refuted so resoundingly just hours after it was told marked a new low.

While some have claimed that Conway didn't lie, but was rather just out of the loop, she denied that possibility this morning when she appeared on the TODAY show to address the Flynn resignation. Speaking to Matt Lauer, Conway, lacking her usual energy and appearing as if she'd underslept, said that Flynn had become a “lightning rod,” and thus chose to resign. But as Lauer correctly pointed out, the White House knew about the phone calls last month, after the Justice Department alerted them and warned them that Flynn was a potential blackmail target for the Russians. “Well that’s one characterization,” Conway said. “But the fact is General Flynn continued in that position.”

A shocked Lauer then said what we’ve all been thinking since November 9: “Kellyanne, that makes no sense!”

He went on: “Last month the Justice Department warned the White House that General Flynn misled them! And that as a result he was vulnerable to blackmail and at that moment he still had the complete trust of the president?”

That’s when Conway changed the subject, saying Trump “accepted Flynn’s resignation, and wishes him well, and we’re moving on.”

She’s wrong about the last part. The question of "who knew what and when?" is now a central one that everyone in government, the media, and the public should be asking. And if and when the administration is unwilling to provide concrete answers, then it's on us to find them. Watch the full exchange between Lauer and Conway below.