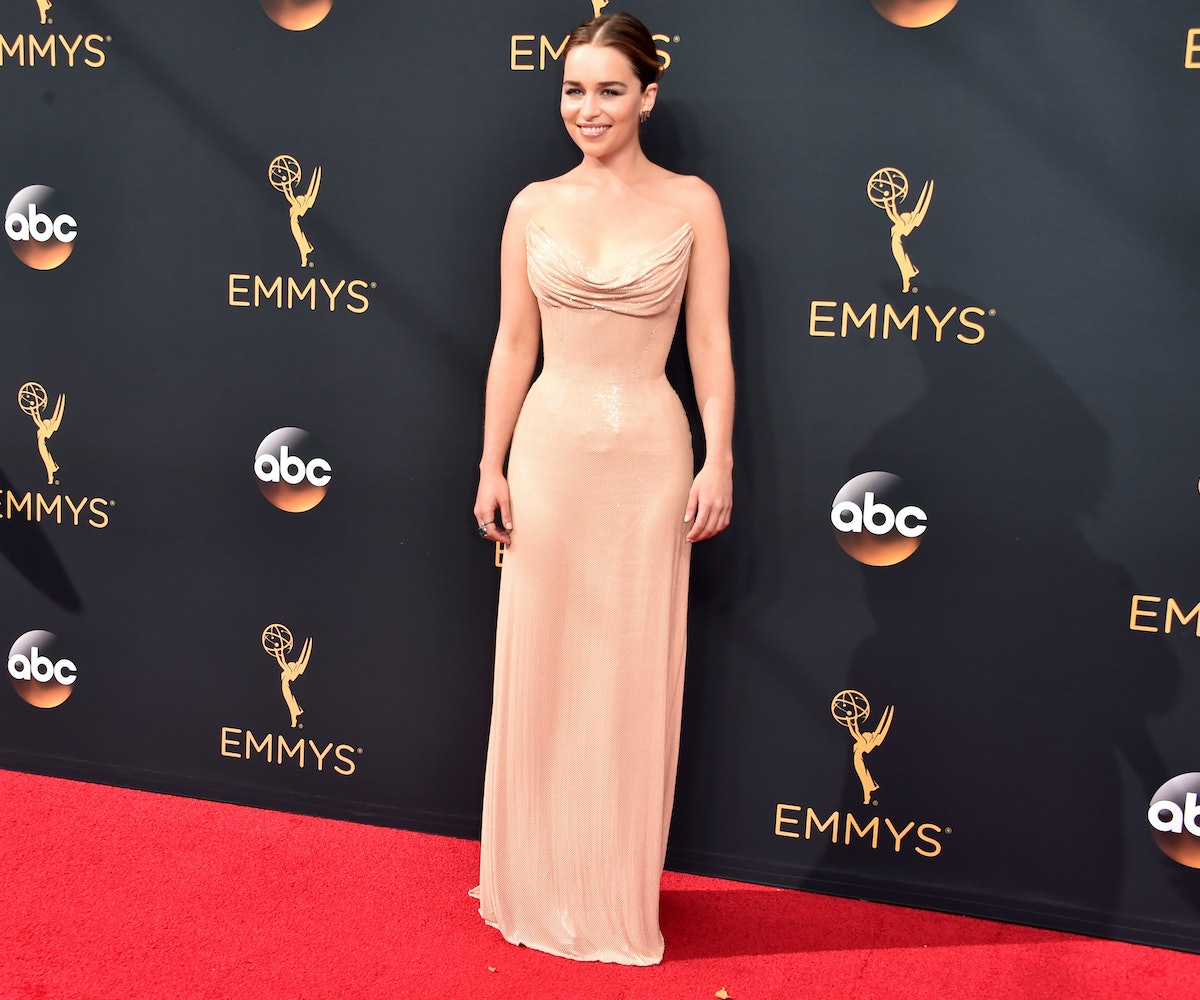 It’s impossible to have an award show's red carpet coverage go off without at least one cringeworthy moment. And tonight, during the Emmys pre-show, we got one courtesy of Matt LeBlanc. Wearing sunglasses and looking generally miserable to be there, LeBlanc was being interviewed by E! News correspondent Jason Kennedy when suddenly, the network made the inexplicable move of splitting the screen and linking LeBlanc with Game of Thrones star Emilia Clarke. Maybe they were aware that a few months ago, Clarke and LeBlanc appeared on The Graham Norton Show together, and she geeked out over her crush on the former Friends star. Well whatever crush she might have had has now been obliterated thanks to a pretty gross comment LeBlanc made towards Clarke.

When LeBlanc was asked if he watches Game of Thrones, he replied, “I saw the first season and I kind of fell out of touch with it." But he didn’t stop there, continuing with: "And I guess that's when she started getting naked—so I need to catch up." Clarke handled the sexist remark as best she could without going over there and jabbing her heel in LeBlanc's ear, by making a crack about Joey never having to get naked on Friends. Thank goodness for that.