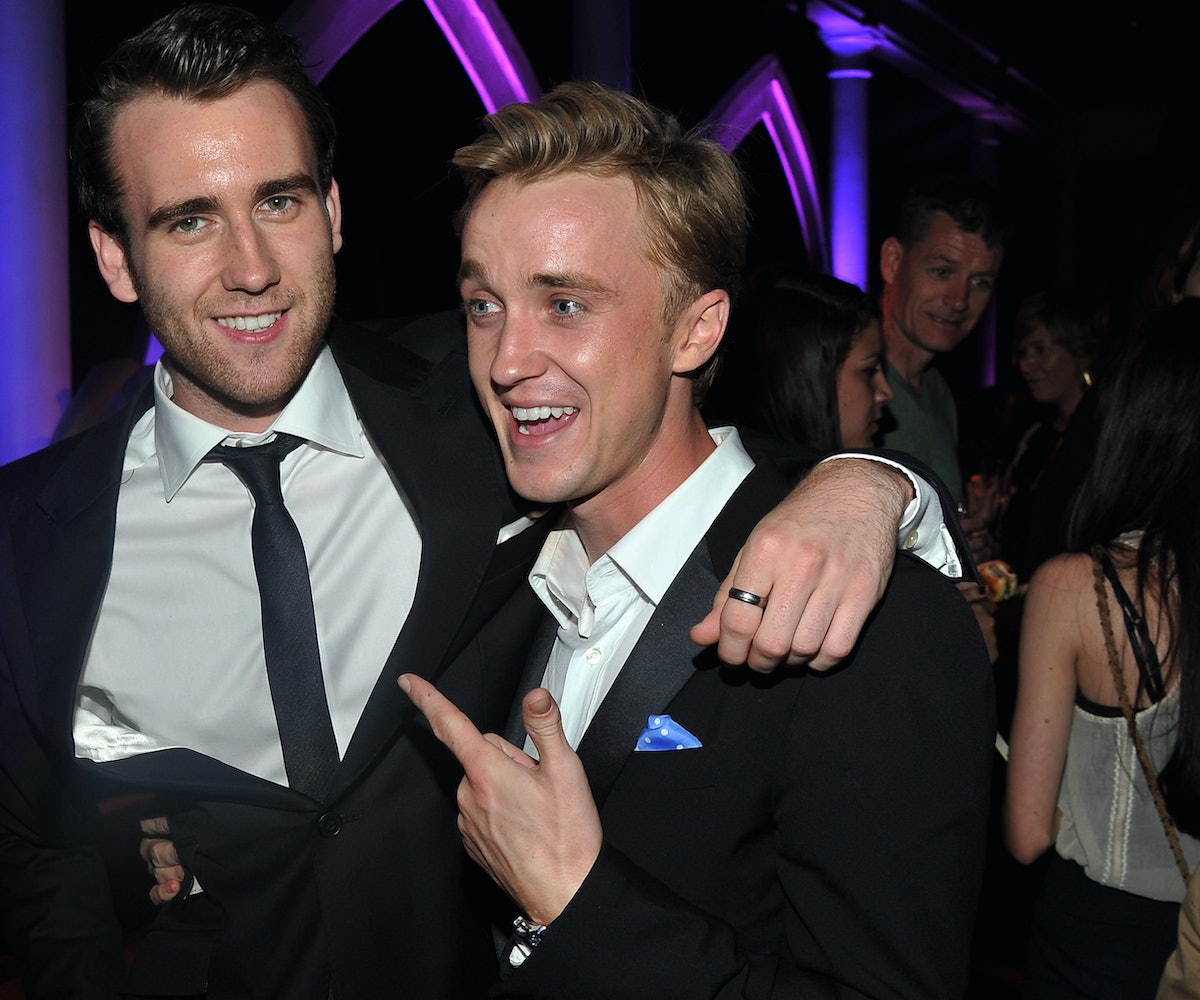 Taking it to a new level, though, was Twitter genius—and Harry Potter author—J.K. Rowling who congratulated the two former Hogwarts students on maintaining the traditional, historic animosity between Slytherin and Gryffindor. Take a look.

Twenty points to House Rowling! This follows Rowling congratulating/admonishing Lewis for his recent bout of shirtless hotness which is, yes, a little bit like your mom pointing out how hot you are, but more oddly endearing than anything else.

Isn't it good to know that the community of actors and creatives who gave us Harry Potter the books and films continues to be a ragtag family of adorable, nutty social-media users who love each other as much as we love them? A million points all around!