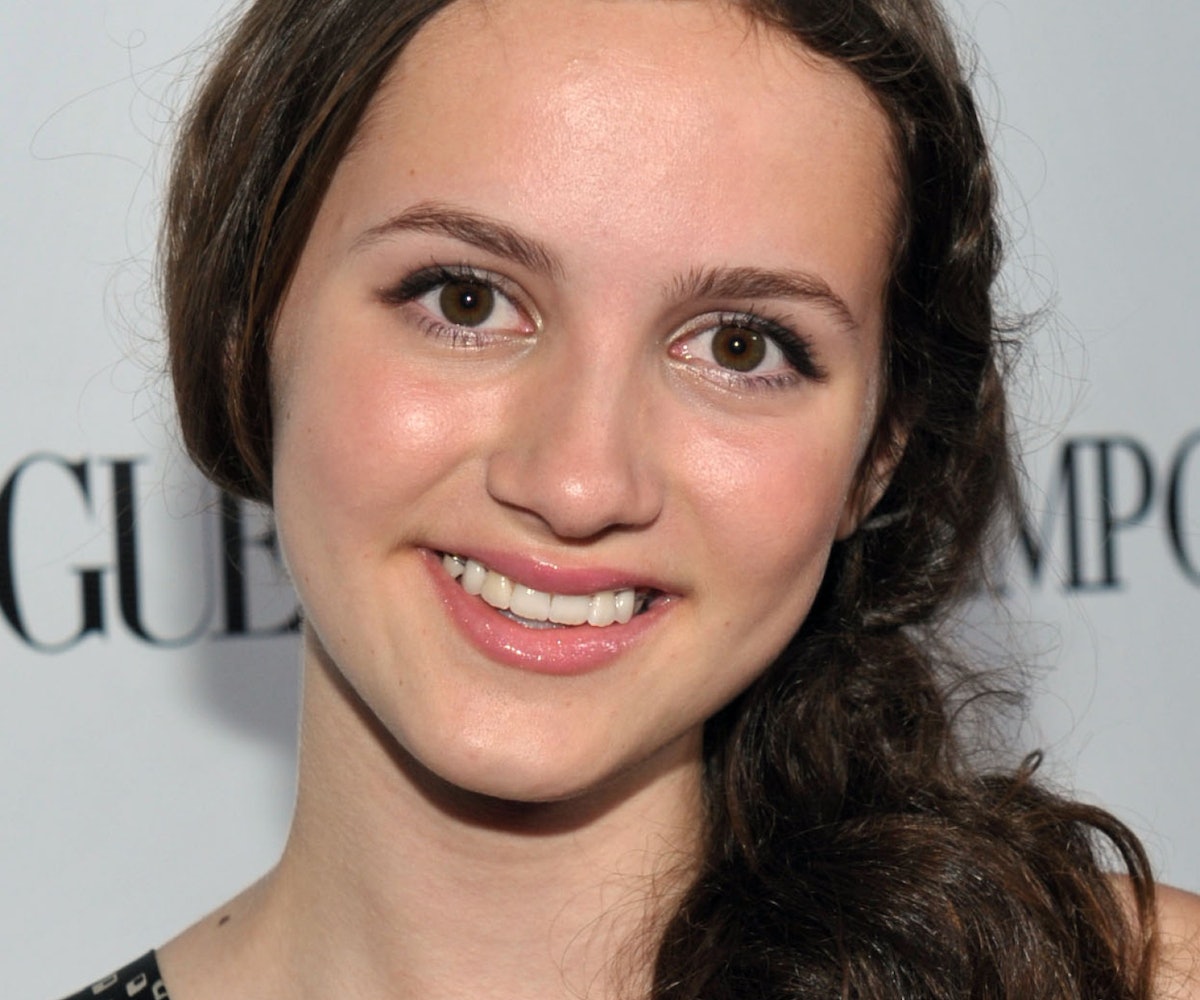 There are already a handful of teenagers with whom we'd gladly do a Freaky Friday swap--Chloe Moretz, Hailee Steinfeld, Lorde, and Elle Fanning all come to mind--but Maude Apatow just shot to the top of the list. Namely, because the 15-year-old actress, writer, and highschool student just nabbed herself a co-starring role on Girls! Given the fact that Apatow is downright hilarious on Twitter (and her dad Judd happens to be executive producer of the HBO series), it was only a matter of time before Lena Dunham and the crew eventually recruited her for a cameo.

But luckily for all of us, her character Cleo is reportedly sticking around for several episodes! So what's the deal? Judging from this photo of Apatow and Dunham dancing on the street, it's going to be crazy...and we have some predictions for what's going to go down in season four. See them below, then add your own in the comments!

1. She plays Hannah's much-younger BFF.  With all the blowups and cat fights from season three, we all know that Hannah could use someone with slightly less drama. Besides, she'd probably love to give life advice about boys and school dances to Cleo.

2. On the flip side, she could be Hannah's much-younger life coach-slash-new friend who's making her cool(er) again...a la Chloe Moretz and Keira Knightley in Laggies.

3. Unrelated: since the sneak peek image takes place in New York, does this mean that Hannah decides not to go to Iowa?!

4. She's a child actress who's co-starring with Adam in his newest Broadway role.

5. She's an NYU student-slash-child prodigy who's been hired to tutor Shoshsanna and help her finish college.

8. She's Marnie's long-lost cousin who finally teaches her to have some fun.

10. Hannah takes a job at a Starbucks chain on the University of Iowa campus, where she meets Cleo, a young student that reminds her of herself, and tries to mentor.