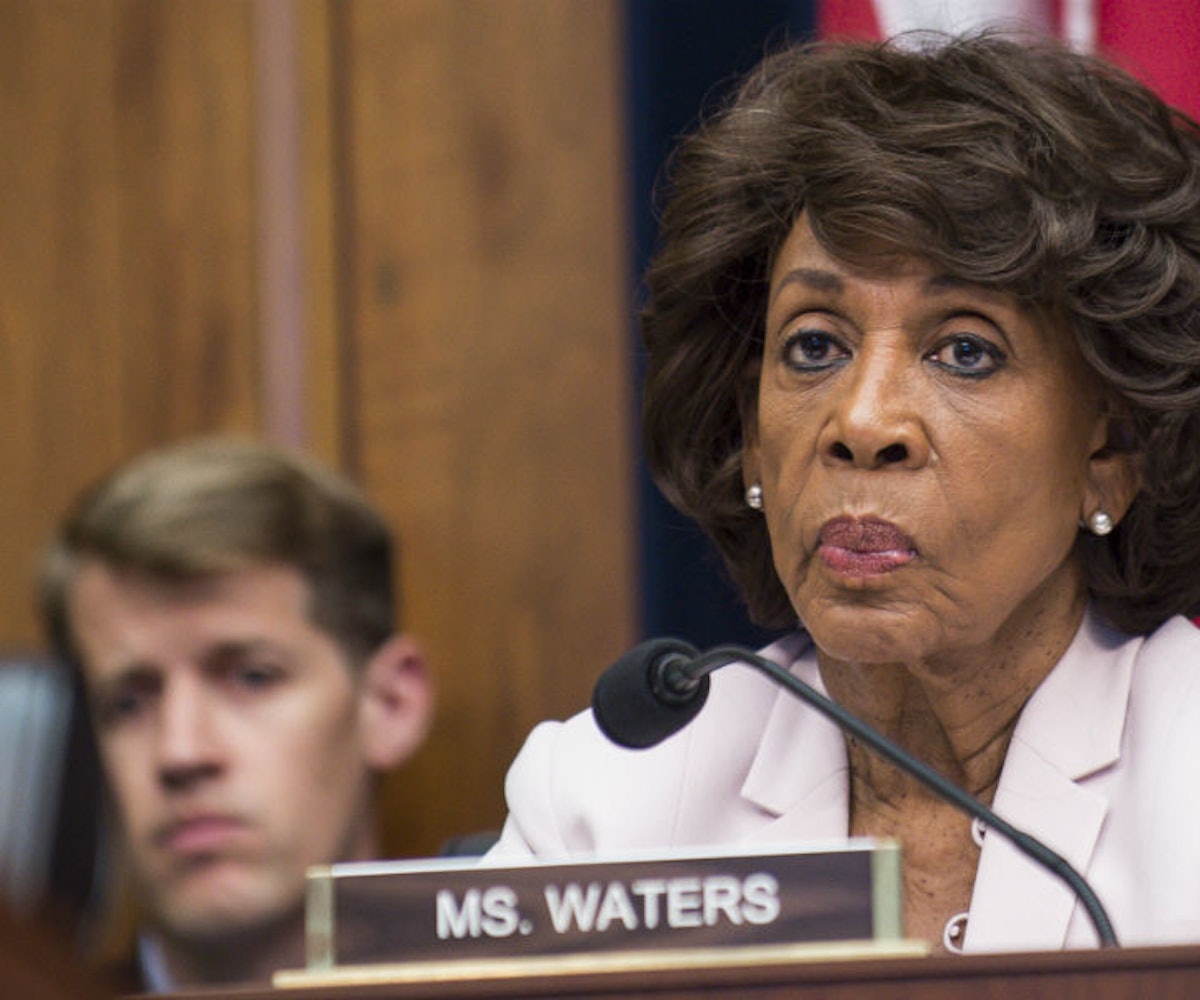 Last month, Selyem reportedly commented on a Facebook post about Waters, stating, “Being a loud-mouthed c**t in the ghetto you would think someone would have shot this bitch by now.” This came after the president himself referred to the congressman as having “an extraordinarily low IQ” and claimed Waters had “called for harm” to his supporters (she didn't).

According to The San Bernardino Sun, Selyem’s racist comments didn’t stop there. He has also mocked the victim of a fatal police shooting, Mexican immigrants, and posted a manipulated photo of Michelle Obama holding a sign that reads, “Trump grabbed my penis.”

Per The Daily Beast, officials were reportedly made aware of Selyem’s behavior by someone at the district attorney’s office and have placed the prosecutor on administrative leave. Given the severity of his comments, many believe a firing seems more appropriate, including Zeke Hernandez, president of the Santa Ana League of United Latin American Citizens No. 147. “It is disgusting that a public official sworn to protect the public would have these ugly viewpoints,” he told The Sun. “The district attorney needs to take any and all appropriate action to let the public know that it does not agree with Selyem’s hateful rhetoric.”

Waters has yet to address Selyem’s comments. It’s almost as if she has more important things to do.