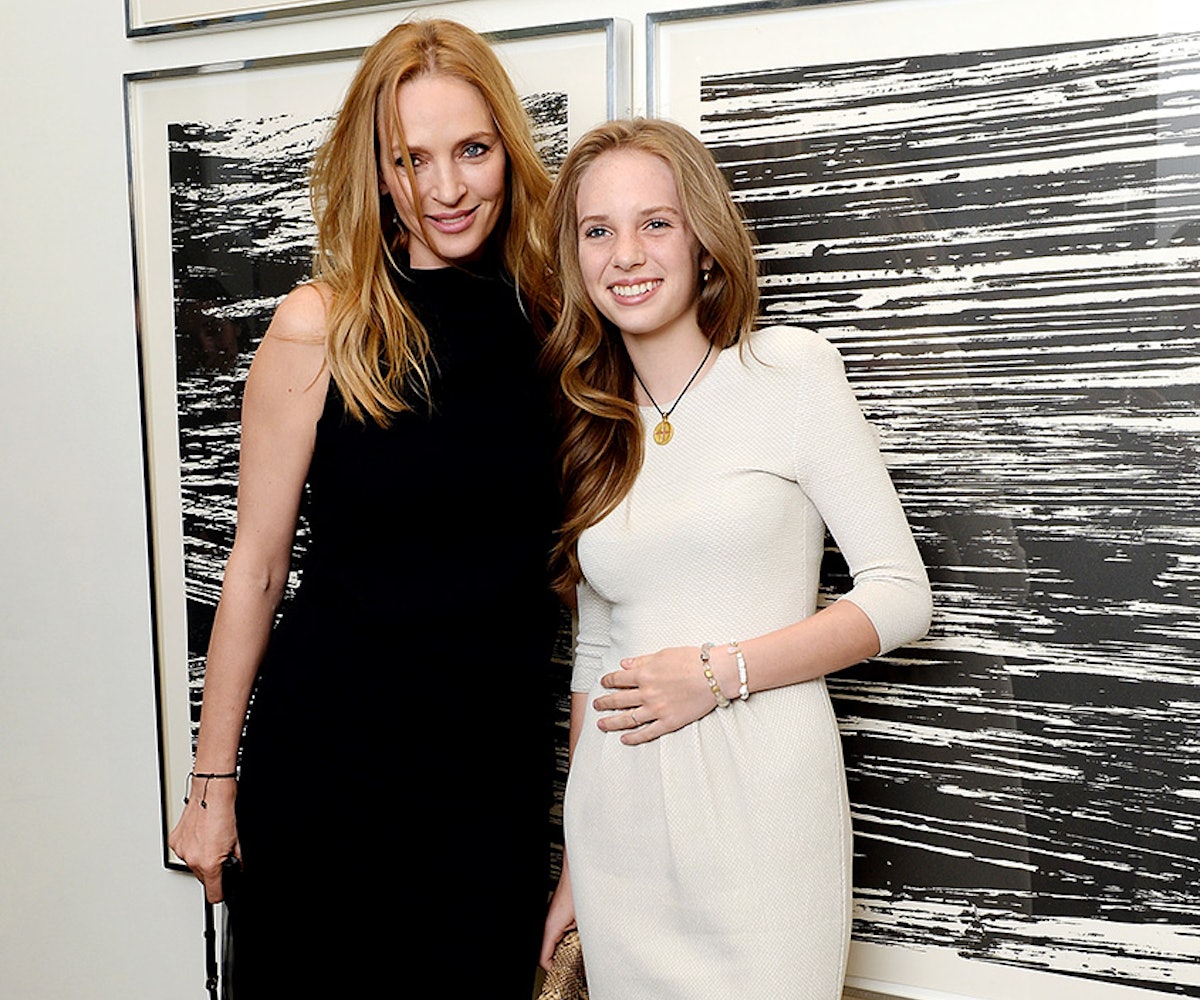 At this point, after many months of grand red carpet events, it seems like we've seen just about every dress—good, bad, and meh—imaginable. And while that's the nature of it all, matters are made worse by the fact that they're worn by the same celebs time and time again. Luckily, every now and then, the higher powers bestow us with a new, fresh face. Last night, at the CFDA Awards, we were formally introduced to Maya Thurman-Hawke.

Although we've certainly seen her before, posing alongside her parents Uma Thurman and Ethan Hawke, this is the first time the 16-year-old walked the carpet alone. Wearing a beaded Zac Posen gown, minimal makeup, and soft waves, Thurman-Hawke looked every part her 16 years (which is extremely refreshing to see).

Yesterday, rumors swirled that the teen was the reason behind Sofia Coppola's departure from The Little Mermaid. According to some reports, Coppola was dead-set on casting Thurman-Hawke as the lead. The studio, however, wanted to go with a more "established" actress (read: one with a proven ability to drive box office sales). Hopefully this instance mirrors that of the Twin Peaks revival—where fans insist that the studio give up some control to the artistic minds behind the project.