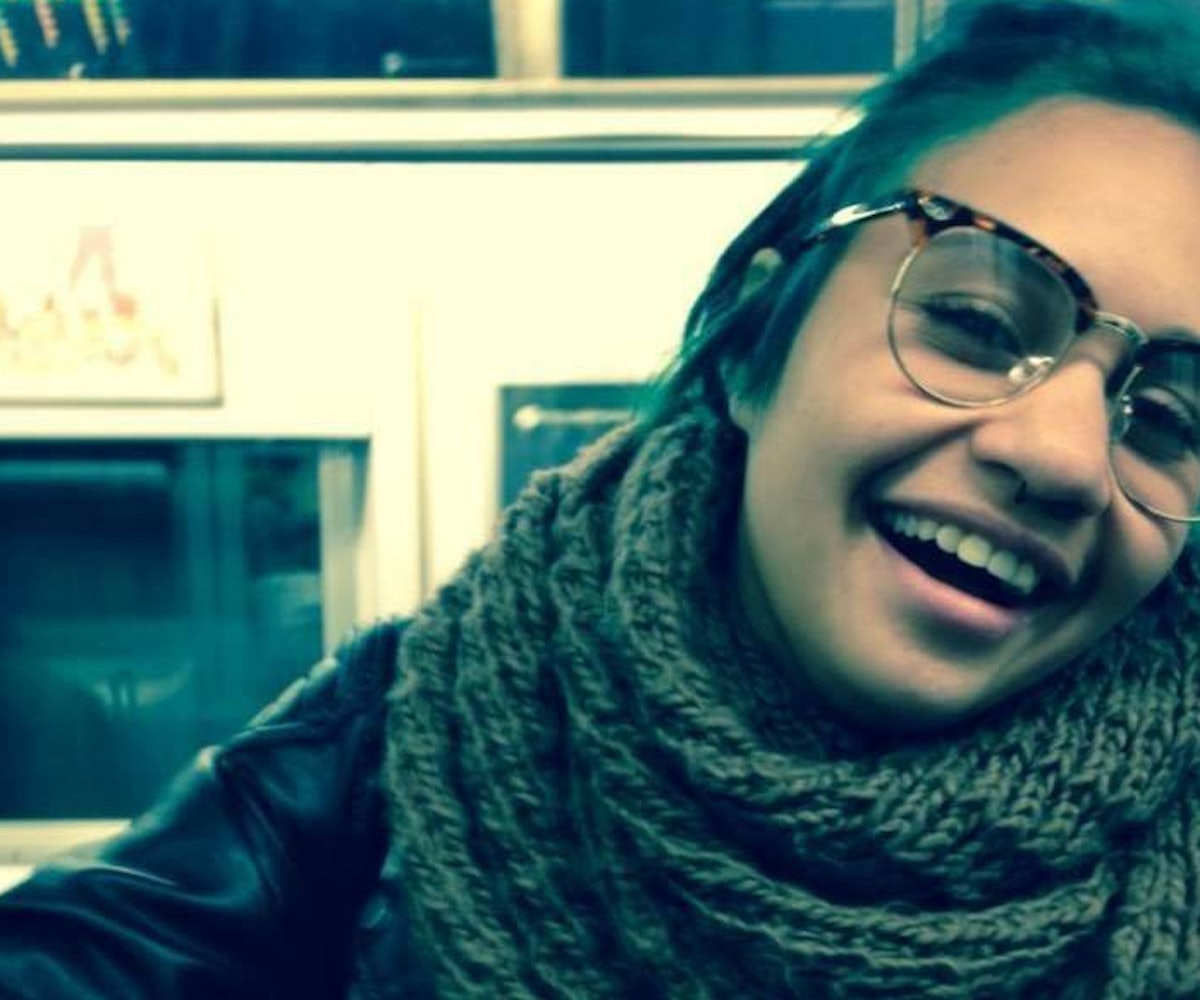 On July 31, four days after she was last seen at the Bronx, New York, gas station where she worked, Maylin Reynoso's body was found in the Harlem River. The 20-year-old's cause of death is still unclear at this time (police have not ruled out foul play, suicide, or an accident), but what remains vivid is Reynoso's vibrant, albeit brief, life.

Reynoso was a member of Brujas, a Bronx-based, all-girls skateboarding collective. NYLON wrote about the Brujas in its May 2016 issue, and had this to say:

Those who doubt the power and influence of sisterhood have clearly never met the Brujas. In a few short years, the Bronx female collective and skate crew has grown from two women into a revolution in and of itself with around 15 total members. Social issues like gentrification, the abolition of patriarchal social norms, and racism are at the forefront of its collective consciousness, meaning that the Brujas have been challenging not just skate culture, but the evolution of New York itself. And at the end of a rough, productive day, the tight-knit clique turns to each other and keeps pushing off, both literally and metaphorically. "Having a girl gang, we're explicitly here for emotional support," the group's co-founder Ariana Gil says. "The cool guy crews will never willingly admit that they come to skateboarding for community, emotional support, and love."

While Reynoso was not one of the women interviewed for the NYLON article, it's impossible not to be impressed with the supportive ethos of the Brujas, who hosted a memorial in honor of Reynoso, as well as in tribute to the many other young women who have recently gone missing in the area.

Over the summer, a New York City councilman raised questions about the disappearances of more than a dozen girls in the Bronx over the past two years, and while police have said that many of the cases are definitively not stories of abductions or even otherwise crime-related, the troubling disparity between the way media covers the stories of missing women of color compared to those of missing white women is hard to ignore. Around the same time Reynoso disappeared, the tragic (and unconnected) stories of three white women joggers who were murdered made national news. Writing in Huffington Post, Zeba Blay explains the phenomenon:

Watch any true crime documentary or read any crime headline in the news and the description of the missing or murdered girl will use several tropes and buzzwords. A victim was “blonde,” “attractive,” “All-American.” It’s a narrative that works well, that perfectly fits the clickable, sellable narrative of innocence vs. evil. It’s a narrative that not only caricatures, fetishizes and erases the identities of real-life white female victims, but also makes no room for women of color like Maylin Reynoso.

Whereas white women are innocent victims in disappearance scenarios, the assumption with young black and Latina women is often that they were somehow involved in activities that led to their kidnapping or death.

This disparity is a symptom of the larger problem in our society of erasing the traumatic experiences of people—in this case, women of color—who are already marginalized or live on the fringes. By further othering these women and implicating them in their own trauma, the most privileged people in society seek to insulate themselves from the experiences of the least privileged. They do this not only in an attempt to absolve themselves of any culpability but also in an effort to believe that tragedy could never come to their doorstep since their experiences are so different than those of people like Reynoso.

This, of course, is a fatally flawed way to view our society. What happens to the most vulnerable among us is an indicator of how healthy our society is as a whole; we are only as strong as our weakest members. By refusing to take responsibility for the experiences of those people, who have not traditionally benefitted from any sort of reliable social safety network, we risk endangering the lives of countless others—we risk endangering the lives of everyone.

In the case of Reynoso, we may never know what happened. But we do know that when this young woman went missing, there was nowhere near the public outcry that greeted the disappearance of white women in similar circumstances. This should be unacceptable not just to the people who knew and loved Reynoso, and have worked to get her story into the public eye, but to all of us who care about social justice and the most vulnerable members of our society.

A GoFundMe page was started in Reynoso's honor to help her family with the costs of a funeral. It exceeded its goal, but if you have an inclination to donate in support of her family, or even just read some of the remembrances and tributes paid to Reynoso, visit here.