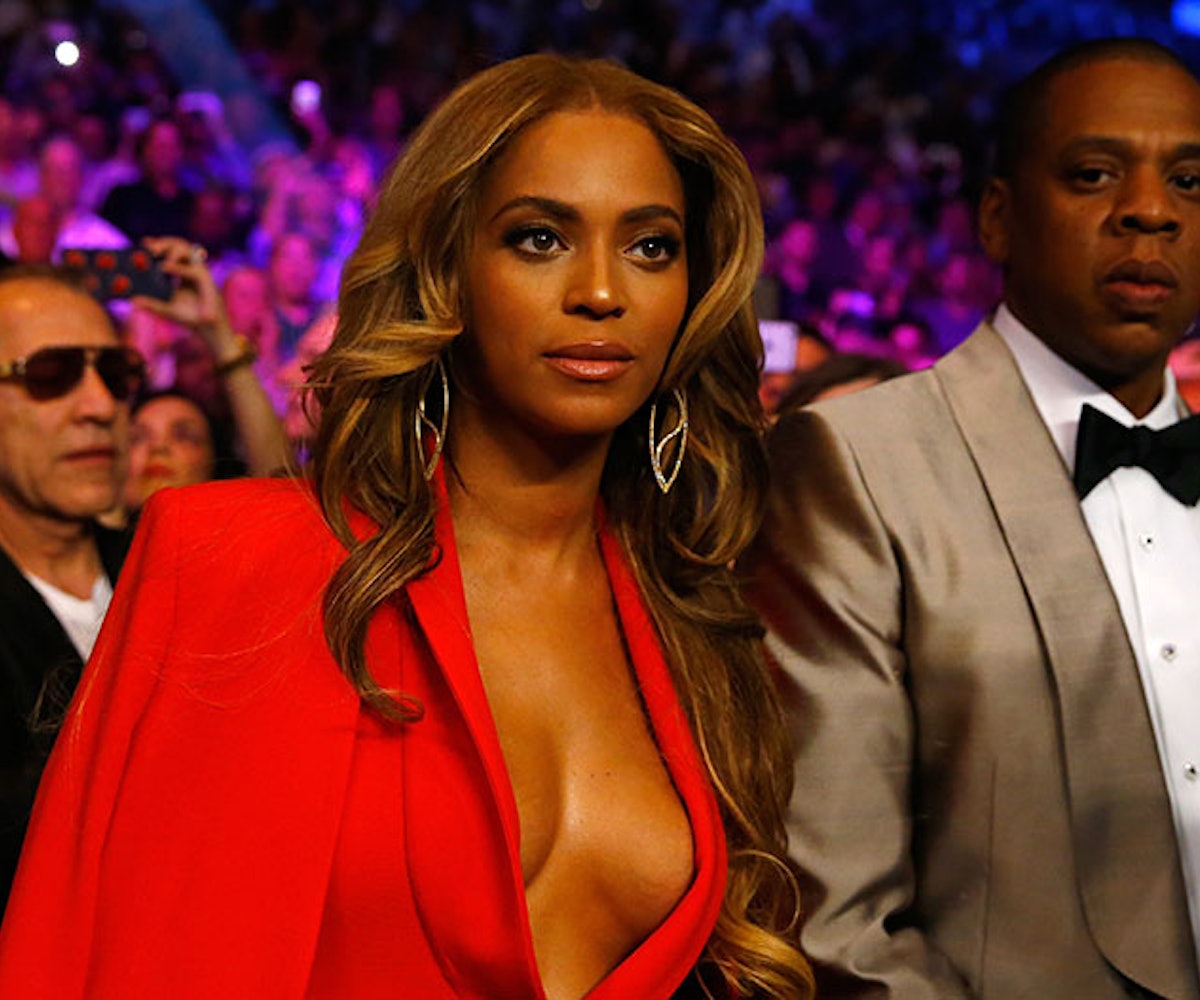 Honestly, last night’s combined Welterweight championship boxing match between Manny Pacquiao and Floyd Mayweather was a lil’ bit boring...unless you were paying attention to what was going on outside the ring.

As well, the match drew in hundreds of millions of viewers worldwide and many, many times more dollars in advertising and fees. At only 36 minutes, it may be the most watched, most expensive spectator event per second in history. Matter of fact, pre-fight hype drew so many U.S. fans to pay per view that Time Warner Cable actually broke.

Far more troubling, though, are the underlying political and ethical issues. The money-worshiping Mayweather has a long history of domestic violence that the media seems to ignore. Even after serving prison time, he’s so strikingly unrepentant that he used his clout to ban journalists who’ve criticized him for his crimes from covering the fight. It’s stuff like this that had the audience booing the champion throughout.

The overwhelming fan favorite with bottomless charm and homeless-to-hero story, Pacquiao, too, is a troublesome pick thanks to his Christian fundamentalist views on homosexuality. Basically, the $99.95 you might have spent on this fight would have gone into the pockets of two guys you’d never want to meet.

So, yeah, even though the actual event was a snoozefest, the controversial, overhyped, star-studded Mayweather vs. Pacquiao was the “Fight of the Century” we were promised—ringside, that is. We just live in a kinda weird century. See for yourself ahead.

The Carters—Beyoncé and Jay Z—spend a pensive night out together.

Diane Kruger and Joshua "Pacey" Jackson continue to be our favorite German-Canadian couple.

Jake Gyllenhaal gained, like, 500 muscles to play a boxer in his upcoming film Southpaw. He was still smart enough not to get in the ring.

Don Cheadle breaking everything down for the people.

Jimmy Kimmel escorted Manny "Pac-Man" Pacquiao to the ring while wearing '80s b-boy chains, hat, jacket, Pac-Man t-shirt and fedora.  This was the fashion statement of the night.

Diddy and Cassie brought their two names to the fight.

Drew Barrymore just wants everyone to have have fun and hopes no one gets hurt.

Nikolaj Coster-Waldau of Game of Thrones giving you that Jaimie Lannister smirk.

The other Michael Jordan—a.k.a. Michael B. Jordan.

Claire Danes and husband Hugh Dancy did not know this was a boxing match.

And Kimye watched it from...home...