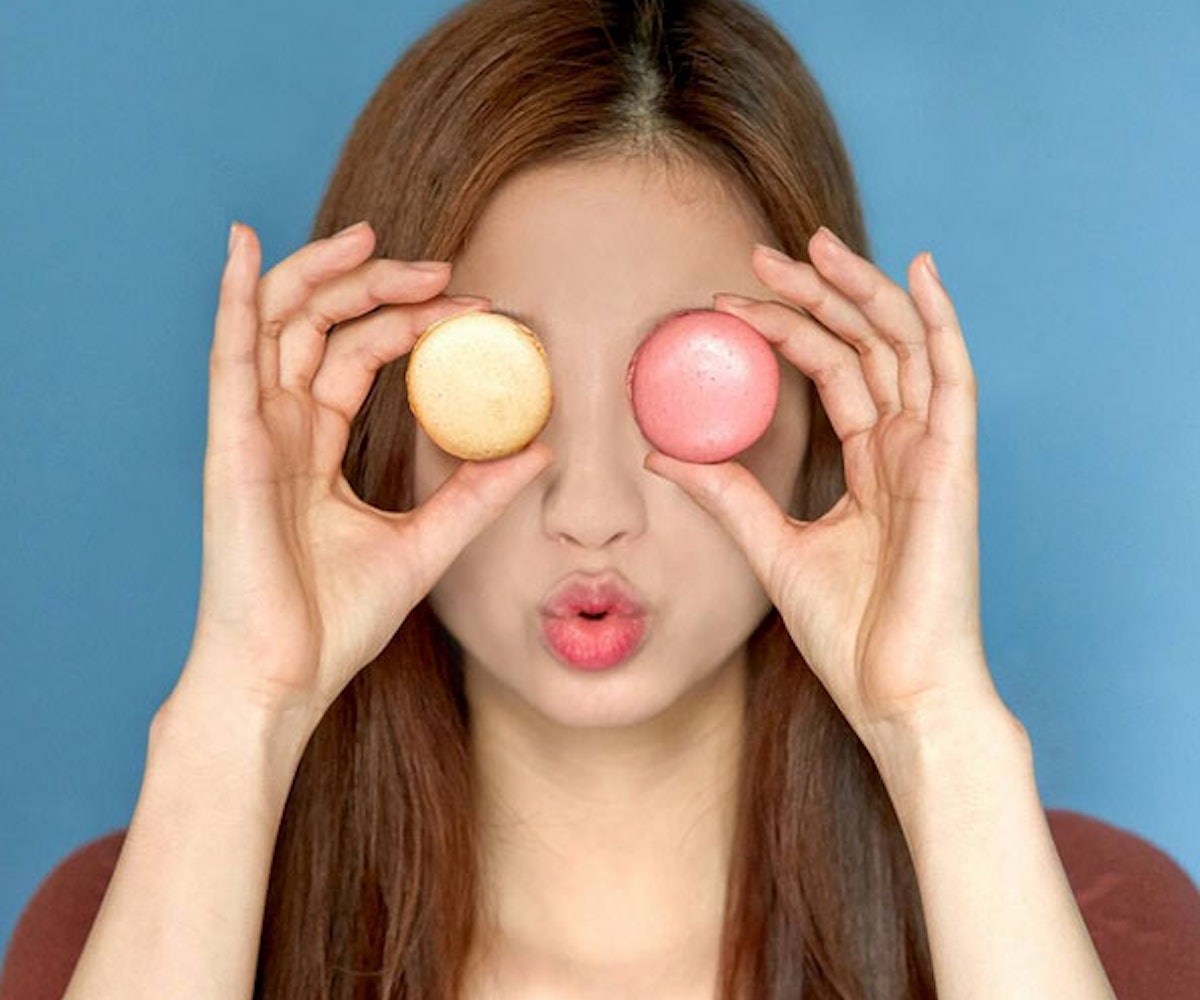 McDonald's has been making a lot of changes to its menu lately, but one addition we never expected to see on it was macarons. Brand Eating reports that McDonald's outlets in South Korea are now delivering the delectable French dessert to customers. The macarons are available in four flavors—vanilla, raspberry, chocolate, and caramel—at 1800 won a piece. (That's roughly $1.45 in the U.S.)

Your inner food snob is probably worried about how the macarons are prepared, right? Fret not, for these treats come straight from the hands of Chateau Blanc so they're actually made in France. This is not the first time that McDonald's has carried macarons, though—many of the international locations have served it in the McCafé, including France, Germany, and Australia.

We admit that at first we were totally grossed out by the idea of it all, but after scrolling through the Korean McDonald's Instagram page, we found their entire aesthetic appealing. There are also churros on the menu with chocolate dipping sauce, which puts our classic pies to shame. (It's so much cuter than the American McDonald's in every way, shape, and form.) How do you say "yum" in Korean? We actually want to eat there... Sign us up for the first flight out to Seoul!