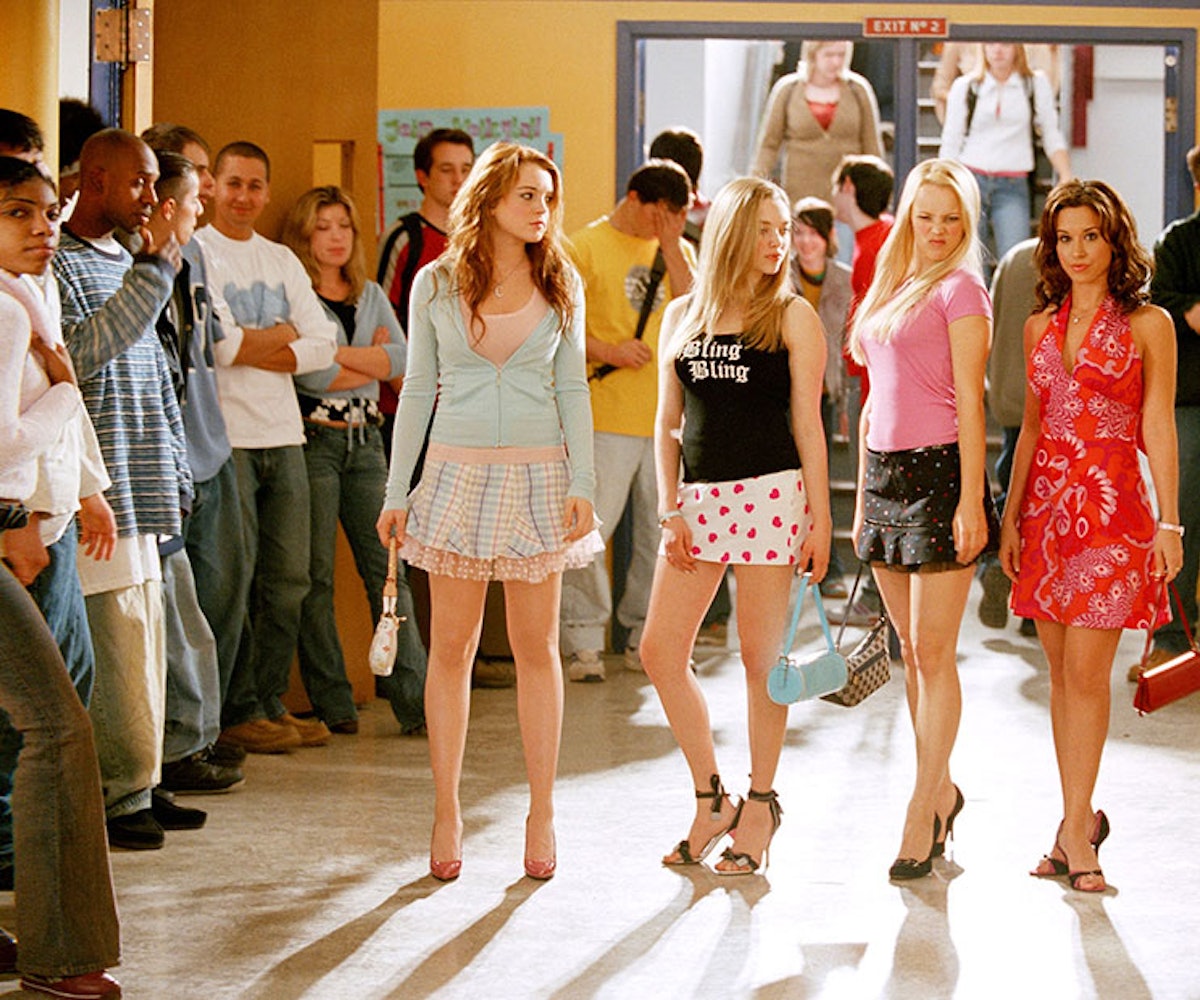 In our dreams, there would be a proper Mean Girls sequel—one where Cady Heron (clad in army pants and flip flops) and Aaron Samuels live happily ever after in some weird love triangle with Kevin Gnapoor, Gretchen Wieners finally emerges from her father's—the inventor of Toaster Strudel—shadow, Karen Smith somehow makes it into Harvard (we're thinking Legally Blonde style), and Regina George and her mother go through intensive family therapy. But alas, dreams are dreams for a reason... And even though those didn't come true (because Mean Girls 2 doesn't and never will count), the next best thing did: Entertainment Weekly reunited the original cast for a photo-shoot-slash-tell-all. Here's what we learned:

Originally, Lohan wanted to to play Queen Bee Regina George. "I had just played—in Confessions and Freaky—not the cool girl in school," she says. "I was still 17 years old and I wanted to be the cool girl on set. So I had a war with [director Mark Waters], and he goes, 'No, Cady is the heroine, and that’s who you are.'"

Even Tina Fey, who wrote the script, admitted, "At some point, I was like 'Oh, should Lindsay be Regina?' And then Mark and Lorne [Michaels] had the good sense to say, 'No, she gets to turn into Regina.' You work backward from that and you cast her as Cady, knowing she could get to that point of being Regina, but you let her be the innocent side, too." The part of Regina George—quite obviously—went to Rachel McAdams, who took on evil form in the most exemplary way possible.

Pink Uggs and Hilary Duff infected the set: "I remember 17-year-old Lindsay was on a mission to find pink Uggs. That was, like, what she was working on," said Fey. "And there was one day where she tried to explain to Amy and me her beef with Hilary Duff, but we couldn’t crack it. But we were pretending we could follow it.

"I had been online trying to get pink Uggs because I had a pink pleated skirt in the scene where I fall into the garbage can," Lohan said (in a failed attempt to justify her actions). "I was like, 'I need pink Uggs!' I mean, I was rhinestoning my phone at the time with Swarovski crystals. [Laughs] So it was somewhat Method."

Why there was never a sequel: "At the time we did want to start the conversation about the sequel, and for whatever reason I was like, 'No!!! We shouldn’t do that!'" said Fey. "Now I look back and I’m like, 'Why?' But now, no—it’s too late now." (Editor's note: It's never too late, Fey.)

This is where The Plastics would be now (10 years later), according to the cast:

Lindsay Lohan (a.k.a. Cady Heron): Cady’s with Oprah in Africa working at children’s schools with a family, teaching girls to be nice to each other.

Lacey Chabert (a.k.a. Gretchen Wieners): Gretchen is probably running the Toaster Strudel empire. She is probably married and has, like, seven babies right now. She and Jason worked it out. She has very big curly hair.

Rachel McAdams (a.k.a. Regina George): Regina is a Real Housewife. She’d have too much time on her hands, for sure. She’s probably found all her other Reginas.