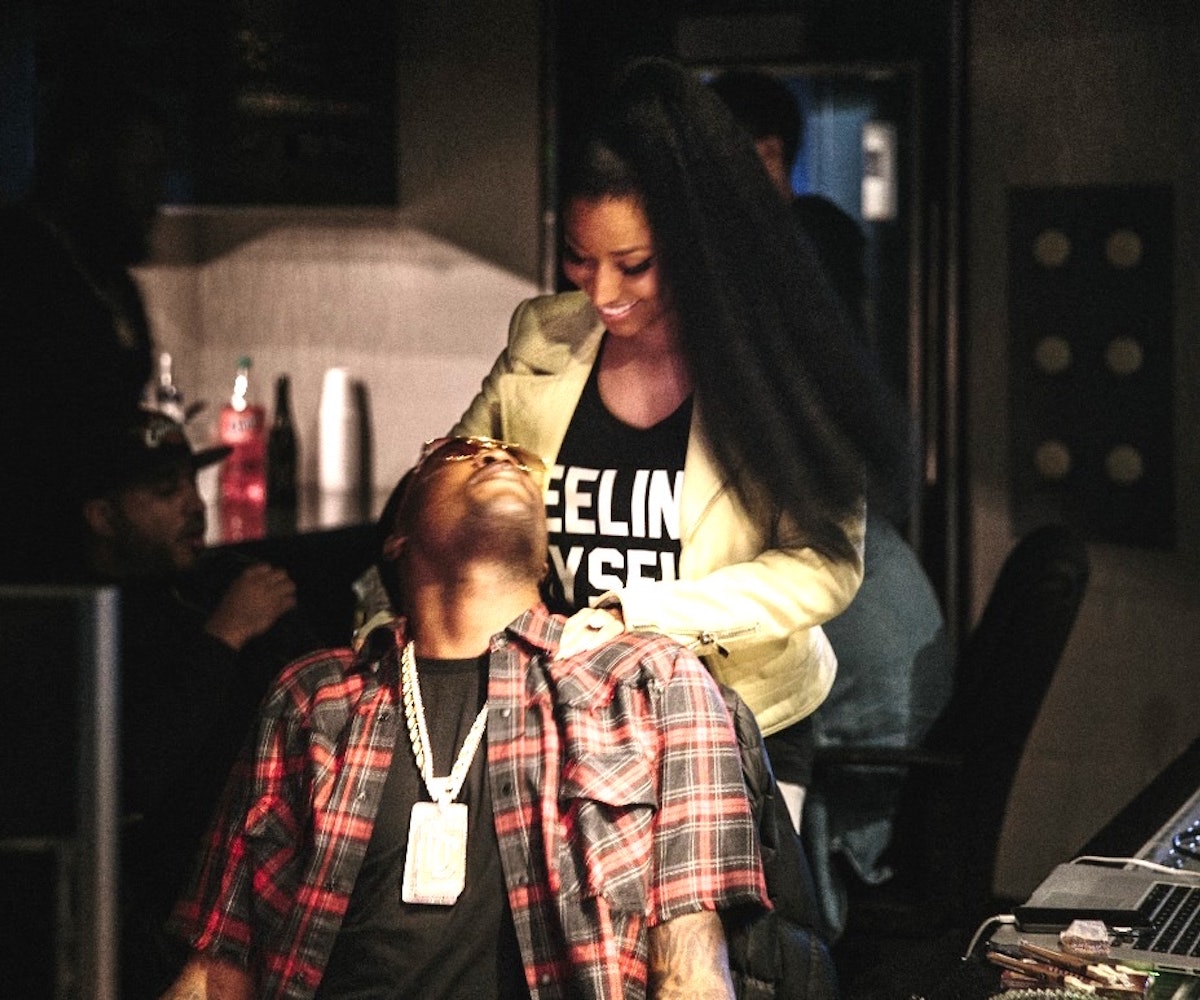 So while the papers and Drake are out there claiming that Meek Mill and candy-colored spaceship/girlfriend Nicki Minaj are all locked in, ringed up, and headed to the alter, Mill himself begs to differ. In a lengthy and worthy interview in this month's The Fader, the rapper says of his relationship with Minaj,  “It’s definitely real...but it ain’t really time to get married yet." He continues, "We’re still learning each other, feeling each other out.” Fair enough, though someone may have to talk Drake through this one. After all, there was that ring, and a ring would never lie to Drake (or would it?)

Seems T.I. has problems getting his head around it, too. “You never asked her, ‘Will you be my girlfriend?’ But she is your girlfriend,” he tells Meek in the piece. “You may not have asked her, ‘Will you marry me?’ But you are engaged.” Fascinating how things work in T.I.'s world, no? Heck, even Mill's grandmother is buying into the wedding buzz. “Whatever she sees on TV, she believes,” he says.

Actually, by covering MM's hard-won rise to stardom, Fader's cover story underlines how strange his constant presence in the rumor mill must be for him. After all, this was once a shy, somewhat destitute kid who idolized Philly-scene rappers over more mainstream hip-hop acts. The hard streets prepare you for a lot—though not, it seems TMZ.

Read more at The Fader.

NEXT UP
Entertainment
Watching The Queen In Queens
Nylon Nights
Enya Umanzor Gets Ready For Collina Strada’s NYFW Show
Life
October 2022's Must-Read Book Releases
Entertainment
The Meaning Behind Paramore's Disillusioned Anthem, "This Is Why"