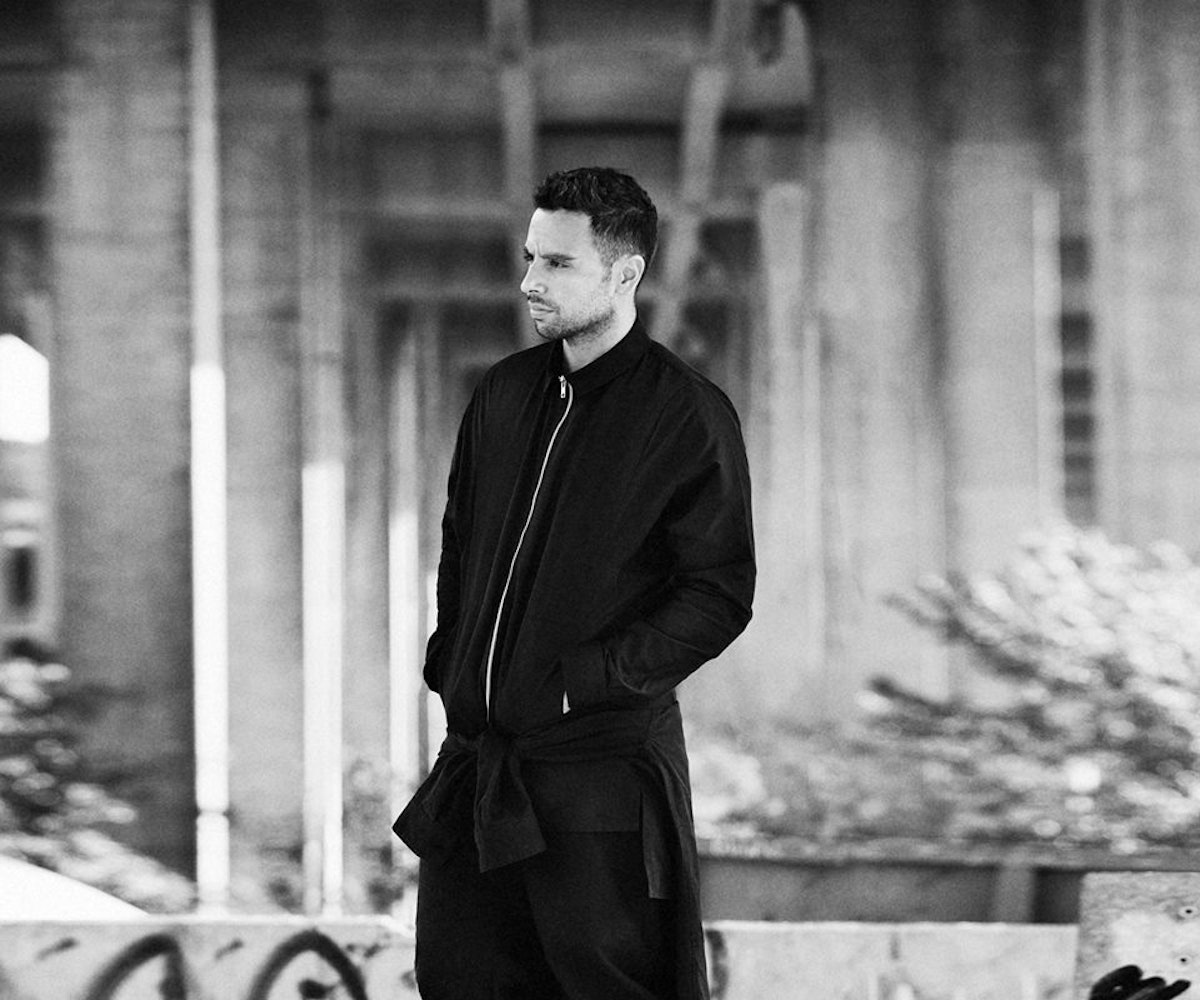 Imagine getting a Twitter direct message from Lorde asking you to get in touch. You brush it off, naturally, because why would pop's favorite prodigy-of-the-moment come across your music? So later on, you tell your manager about it, who confirms that this message is indeed true. (A verified account is a pretty irrefutable indicator.) And so begins your inevitable path to stardom.

It's almost too unbelievable to be true, a fact that Swedish artist XOV acknowledges. And yet that's how he found himself corresponding back and forth with Lorde about his track "Animal"—featured on The Hunger Games: Mockingjay Part 1 soundtrack, out today. We caught up with the singer one afternoon to find out all of the details.

Your sound has been compared as a mix between Lorde, Robyn, and The Weekend, all of whom are innovative artists of the moment. Do you see these similarities yourself?

I’ve only been compared to really amazing artists, so obviously I’m thankful. But I’ve also only released the naked editions of my music, so I don’t think people have really been able to determine my voice as an artist, yet which is great.

How did you fall into music?

I’ve always had this darkness inside of me. My father was a drug addict and I grew up with my mother in the suburbs of Stockholm and I started writing poetry at a really early age. And I had my first poem published when I was 9. It was already really metaphorical, very much like the music I write today, using wordplay to describe an emotion. I can become a dark, sad, evil depressed person when I don’t make music. It’s very much a weird, spiritual thing. Then through the years I started playing pianos and then I started rapping when I was 10 or 11.

Can you tell us exactly how your relationship with Lorde came about?

In May, I was sitting having breakfast, and I get this Twitter message from Lorde. I didn’t take it seriously, I thought it was kind of spam. I thought I got some spam message from a fake Lorde account. But my manager was like that could happen, that happens to artists. But I was like, “I live on an island!” Anyway, I looked it up. It was the real account. I sent her an email. She sent me an email back saying she was a fan of my music and she wanted my help on The Hunger Games project.  She wanted me to be on board and write on it. This whole time I thought someone was catfishing me. I never actually talked to her. It was all digital at this time. In the back of my mind I was like, “this is probably some fat old guy, fucking with you.” At one point she sent me a recording of her singing over a beat. But once her management got involved I realized, “Holy shit this is real.” She was really, really passionate about this project. I’m really honored to be a part of it.

You said she sent you a recording of her singing over the beat. Is that what you worked with?

No, no. It was more “Maybe something like this?” She was very hands-on. You’d think she’d be like a superstar and have an assistant send something through, but she does it herself. And then she invited me to a concert in LA and I met her in person at the Greek Theater.

Can you tell us a little bit about the track itself?

What inspires your sound?

I grew up on a lot of hip-hop and '80s music. I produce myself. But for this project I‘ve been working with a producer called Kono. We’ve been going at it for months and months out crafting the sound—samples, vocals, lots of creative stuff...nothing too weird.

What does XOV stand for?

When I started to put out demos on the Internet, I would go by anonymous name that was simply "V" and I would hide my face and everything. Whenever I would make a comment it would say “XO, V.” A greeting kind of, you know? Everything I write is autobiographical, so I felt it’s a good artist’s name because it’s a signature.

What are you working on right now?

I’m working on an EP for my album. I hope it will be out the middle of next year, maybe. The EP is dropping in January.