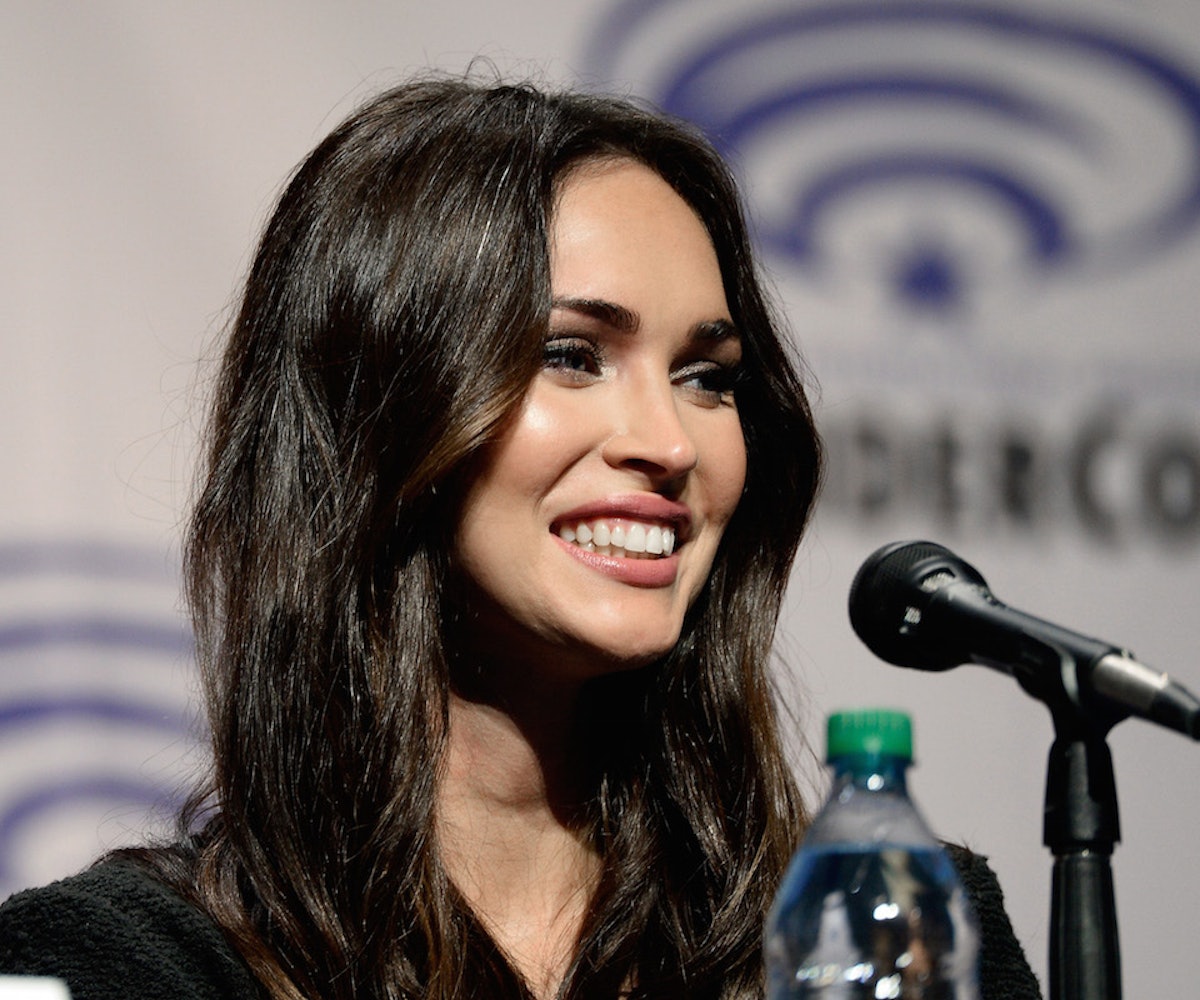 Appearing at CinemaCon in Las Vegas yesterday, Megan Fox looked visibly pregnant as she promoted her latest film Teenage Mutant Ninja Turtles: Out Of The Shadows. According to E! and other publications, sources close to Fox, 29, are saying that, yes, she is indeed carrying her third child—though neither Fox’s reps nor the actor herself has confirmed this with the press.

Already, Fox has two children—Noah Shannon Green, 3, and Bodhi Ransom Green, 2—with her husband of five years and fellow actor, Brian Austin Green, 42, of Beverly Hills, 90210 fame. The two met and began dating on the set of Hope & Faith in 2004 and got married in 2010. In August of 2015, Fox filed for divorce citing “irreconcilable differences.” Technically, the divorce is still in the hands of the court and not yet official.

Many are speculating that Green and Fox are indeed back together somehow, even if that divorce is still heading toward being finalized. As E! notes, the two have been seen together, “on multiple family outings around Los Angeles with and without their two kids.” Interesting, but perhaps it’s unfair to read too far into that (though users all over the Internet are doing exactly that). There was an unfounded rumor she was seeing Liam Hemsworth, but we all know what he’s up to currently, don't we?

After Teenage Mutant Ninja Turtles: Out Of The Shadows, the second installment in the franchise, Fox is slated to appear in Zeroville, a James Franco-directed ‘60s period film starring her, Franco, Seth Rogan, and Will Ferrell. Nuts, right? Zeroville is already in post-production and Fox has yet to announce what—if anything—she's working on next.