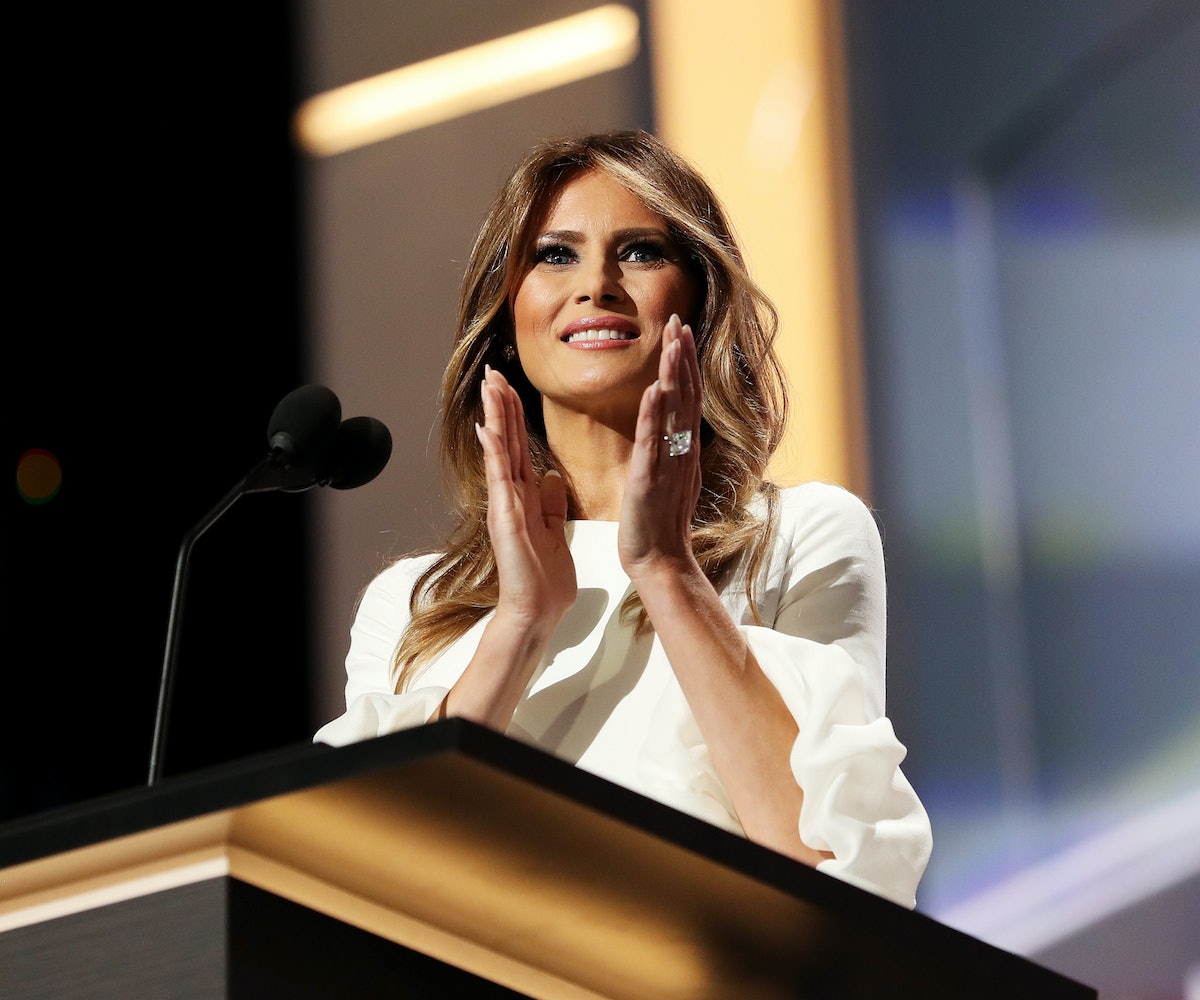 Whatever your feelings are toward Donald Trump—and it's fair to say they're probably very strong—it's likely that you're not entirely sure how to feel about his wife, Melania. After all, other than that whole unfortunate incident where she  gave a speech at the Republican National Convention containing parts that were identical to one Michelle Obama had given at a prior Democratic National Convention, Melania has been notably silent for most of her husband's campaign.

Melania's silence has been particularly noticeable in recent weeks, as Donald Trump has come under fire not only for bragging about sexually assaulting women on a recently released audiotape but also for accusations from several women about assault they faced at his hands. While Donald has loudly and repeatedly dismissed these serious charges as no more than "locker room banter" and "distractions," Melania only released a single statement reading: "The words my husband used are unacceptable and offensive to me. This does not represent the man that I know. I hope people will accept his apology, as I have."

Some have questioned Melania's underwhelming defense of her husband as a sign that she doesn't really support him, but that was all pure speculation, and perhaps even an optimistic view of a woman who has supported her husband throughout a campaign which has been fueled on divisiveness, racism, xenophobia, and, yes, misogyny. And yet, for so many Republicans, the audiotape and sexual assault accusations wound up being the straw that broke the camel's back; maybe the same would be true of Melania?

As it turns out, probably not. It was announced today that Melania would be interviewed by Anderson Cooper on CNN tonight at 8pm EST, and some details about the interview have already leaked. They are, in a word, disappointing. When it comes to the now infamous audiotape, Melania claims that her husband—who was 59 years old at the time—was peer-pressured or "egged on" to brag about why he likes to "grab [women] by the pussy." Melania also says that it was just "boy talk." Reminder: Donald Trump was 59 years old at the time.

Melania does claim to have been "surprised" by the talk because she had never heard her husband speak like that before. Clearly, she's not that familiar with his Twitter account. Lucky her.