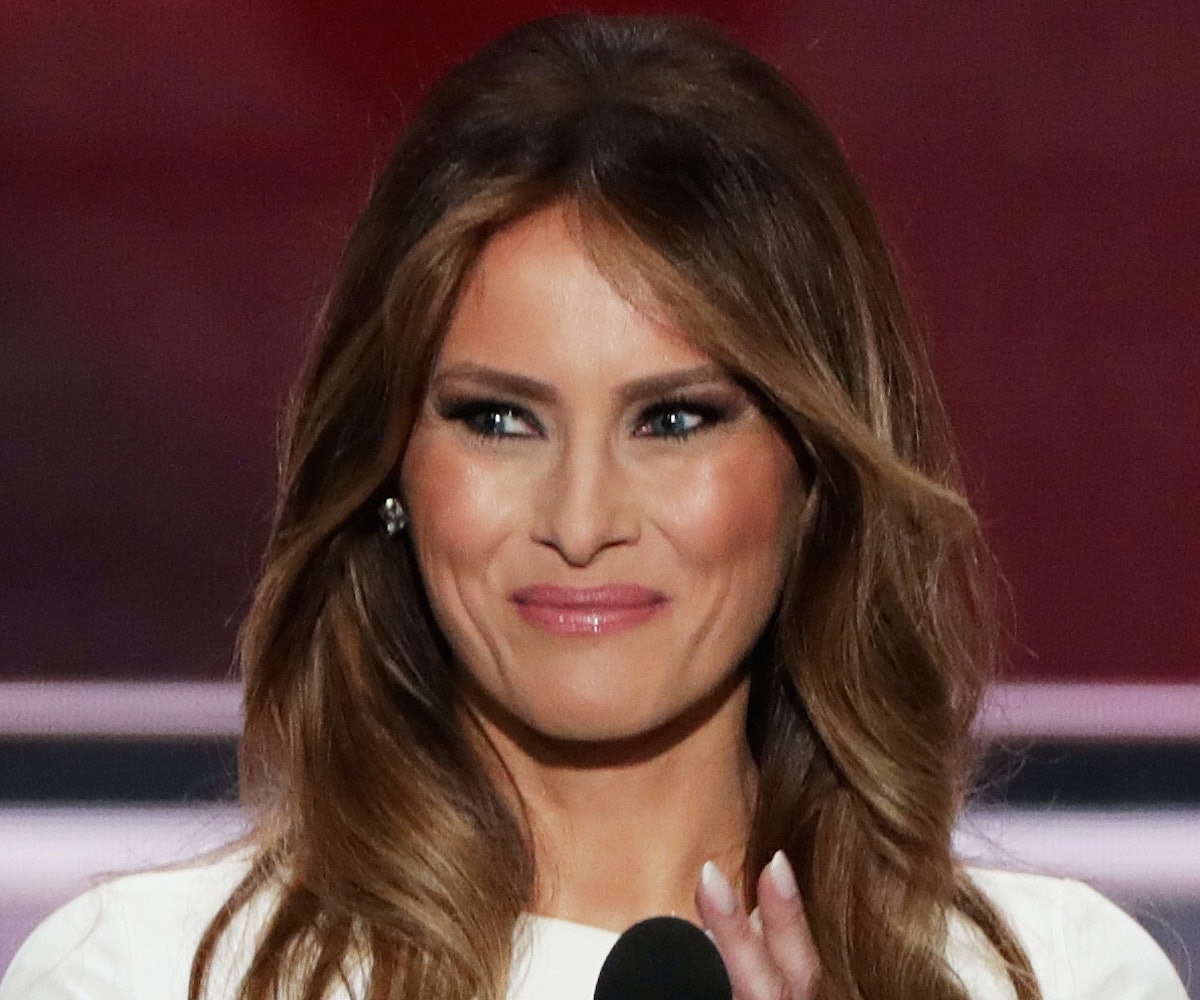 Leave it to the internet to turn an old photo of Melania Trump into a meme.

Earlier this week, Twitter managed to unearth a 10-month-old photo of Melania gardening. According to The Huffington Post, the photo was taken while she was "supposedly" working in the White House garden with the Boys & Girls Clubs of America in September 2017. It's no secret that the First Lady has a penchant for awkward candids, so it only makes sense that the internet would roast her for her strange attempt at wielding gardening shears. Outfitted in immaculate white-soled sneakers and a $1,380 Balmain shirt, her squat is also oddly stiff, like she's never seen dirt in her life.

Obviously, Twitter had a field day with the photo.

Even Chrissy Teigen joined in on the fun, noting that Melania's shoes look just like her workout soles, "because I work out as much as this chick gardens.” Oof.