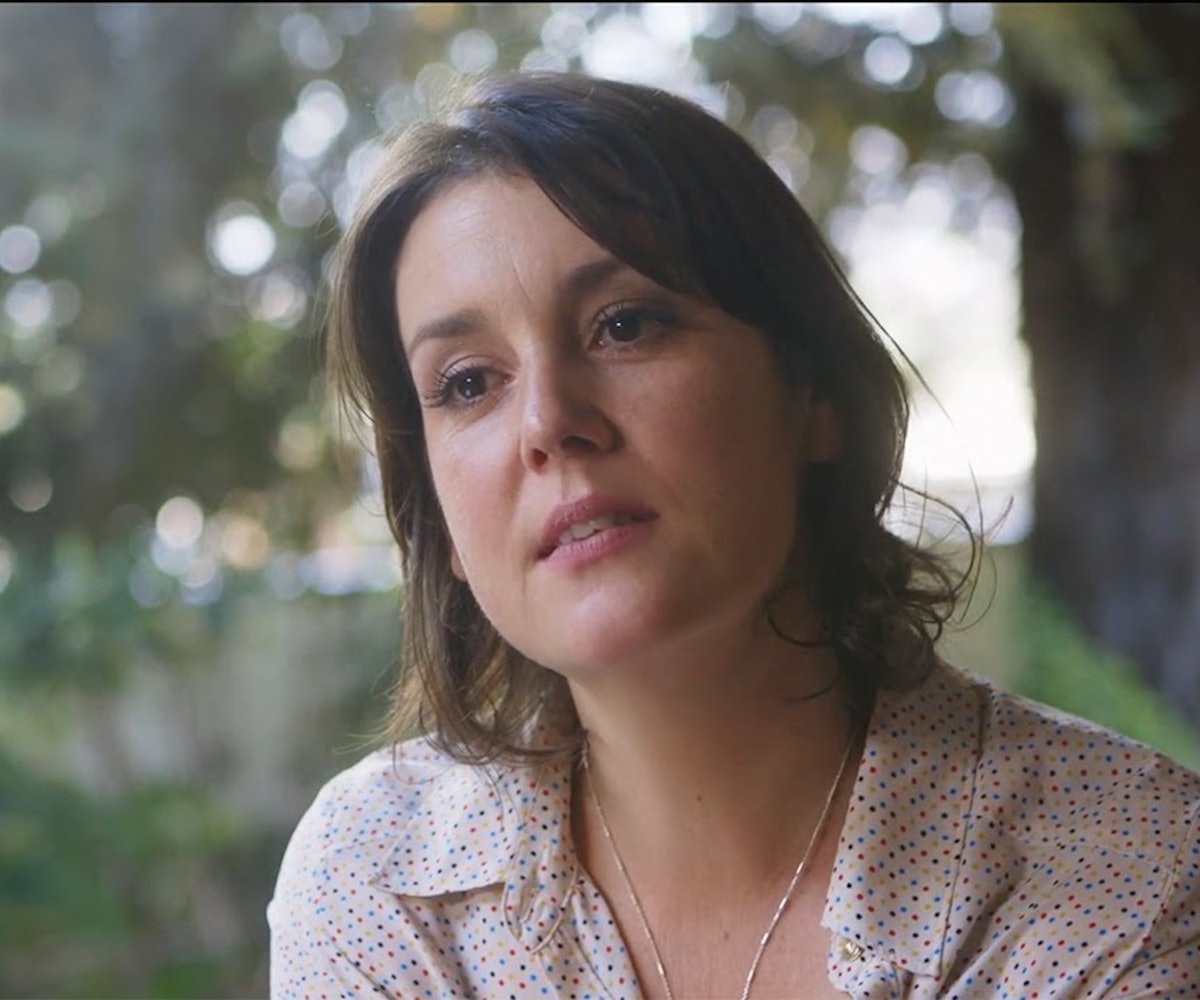 Since her standout debut opposite Kate Winslet in 1996’s Heavenly Creatures, Melanie Lynskey has stealthily assembled one of the most diverse careers in Hollywood. And while Middle Americans might know the New Zealand native best for her role in Two and a Half Men, in recent years Lynskey, with her knack for naturalistic performances, has proven herself to be a reliable go-to for indie auteurs looking to add a jolt of realism into their movies.

Most recently, she was part of the winning ensemble of actors which made the HBO dramedy Togetherness one of the most beloved shows on television. But earlier this year, to the dismay of its small but devoted fanbase, the Duplass brothers-created show was cancelled by the cable network, leaving Lynskey and the rest of the cast blindsided.

Lynskey, who describes Togetherness as a dream job, has tried her best to move on, and was in New York recently promoting her latest indie effort Rainbow Time, where she plays a woman who meets her boyfriend’s emotionally challenged brother and must contend with his aggressive and unfiltered behavior. We spoke to the 39-year-old actress about how therapy has helped her develop her craft, mourning the end of Togetherness, and getting older as an actress in an industry that values youth.

When you’re looking to play a new character, are you looking for something that you haven’t seen before?

What was it about this character that resonated with you?

I think there’s just something so endearing about her, and I just really loved her sincerity, because I think I can be a bit, I don’t know, I’m definitely not judgemental—I don’t know what the word is. She was so optimistic, and I get pessimistic a lot of the time.

Why do you think that you get pessimistic?

I just always have been. I’m just always expecting everything to go wrong. Everytime I’m happy I’m like, Great, when’s this going to end? It’s really not a fun way to be.

I know that you’re in therapy. Does influence your acting at all?

Would you be a different person without therapy?

Yeah, I think so. I think I would be a lot more tortured. I probably would still be making horrible relationship decisions.

Rainbow Time deals with the way men can objectify women with how they speak to them and about them. Is that something you could relate to?

Yes, and you wonder how you’re perceived [by men]. When I was 13 I started reading feminist literature. I was reading Germaine Greer and Naomi Wolf. I was reading the old school stuff, like, I got really super into it. It was very complicated for me, becoming a woman and learning my identity and realizing that some boys were attracted to me and I was attracted to some boys, and how did I want to present myself while still remaining the most fully realized version of myself that I could be. It’s such a complicated thing.

One of the main characters in Rainbow Time says vulgar things about women to their face, which unexpectedly ties into this election, and specifically the Trump tape, which sparked a debate about how men speak about women in private.

Yeah, it’s an interesting thing because it does really examine that private language that Donald Trump thinks all men have, which, maybe I’m naive, but I would have to disagree with. I think that Shonzi has that kind of dialogue with his father in private, and it’s just the way his father talks about women, but his father understands that there’s another thing you have to put on when you got out in the world. You have to pretend that that’s not what you do, which is really dishonest, you know? So Shonzi’s just like, This is what we do, this is how we talk about it.

Do you try to be the same person all the time or do you think you have different sides of yourself that you keep from certain people?

I think I can’t help it. I’m like pathologically honest, it’s a problem.

What about in terms of your career, when you’re communicating with directors and they want you to do something and you don’t agree with it. Do you always let them know?

Even when you were just starting out?

I was really feisty. Sometimes in my life and relationships I can be walked on a little bit, like I can make myself submissive if I feel the other person’s needs are greater than mine, which is something I feel all the time. But I have this weird protective thing when I’m playing a character. I just know how she would respond, and if someone comes in and tries to manipulate them like a puppet I’m like, no, no, no.

You’ve worked with major movie stars, and also on sets like this one, where most of the actors are relative unknowns. How does a set change when there’s a big star on it?

I think I’ve been very fortunate in the super famous people that I’ve worked with, but I do also think that at a certain point it’s very hard to sustain a very high-level movie star career, and I think that if people hear that someone’s difficult—they’re making so much money, it’s such a high stress environment—they just don’t stick around as much as people who are nice to work with. So all these people who are at the top of their game, everyone wants to work with them.

Togetherness ended very abruptly for everyone. Does it feel like a death, in a way? Because you had this character in your life, and now all of a sudden you don’t.

It does in a way. It’s weird. I feel a big loss in not getting to play Michelle anymore, but where I really get sad is thinking about not being that character and having a scene with Mark or a scene with Amanda [Peet] or a scene with Steve [Zissis]. Mostly Amanda, because those were some of my happiest acting moments, getting to work with her.

She was amazing in it.

My god, she’s so effing good. There was a chemistry we had from the first time we auditioned together where I just was like, "This is incredible."

Have you guys made an effort to stay in touch?

Yeah, and we really grieved together and talked about how we were feeling every day. We were miserable.

How did you find out? Was it a text message or a phone call?

As an actress, getting older in this industry isn’t easy, but you’ve navigated it well. Is it something that’s on your mind?

It’s constantly on my mind. It’s really weird. I notice it sometimes at work because sometimes some directors of photography will be like, "When you’re thinking, you scrunch your face up and you get this big line here. Is there anyway you can not have that line?" So there are some people who are just so used to not seeing that on an actress that they’re like, "Something weird is happening." This is what it looks like when someone doesn’t have any—sometimes you feel like the lone holdout, and it’s tricky.

Yeah, to do little things, and it’s weird because sometimes I’m like, "Do I have a responsibility to the longevity of my career?"