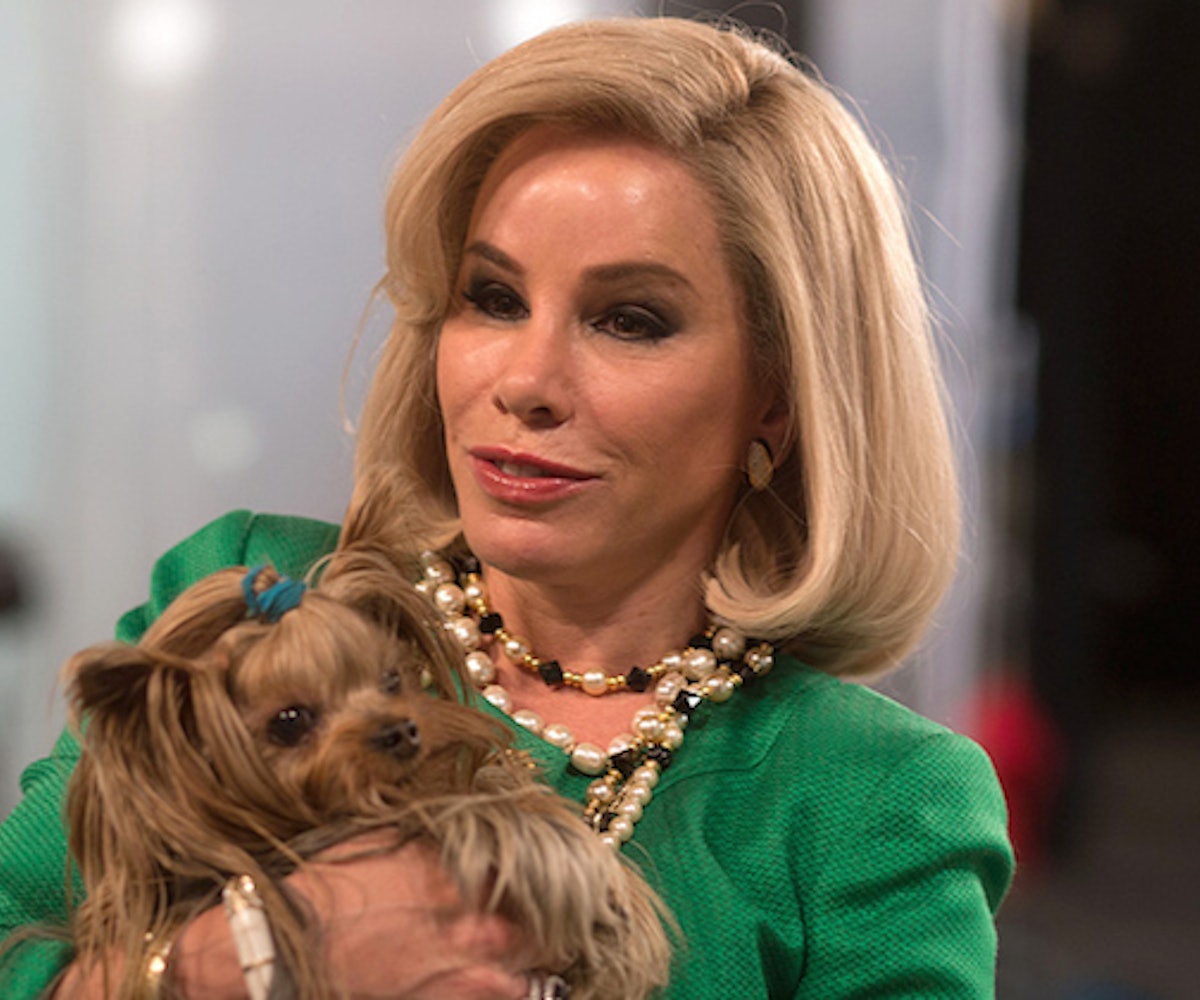 Joy, Jennifer Lawrence’s new film with Silver Linings Playbook co-star Bradley Cooper and director David O. Russell, is not collecting glowing advance notices. Sure, her performance is performance gets raves (as they always do). Overall, though, it's not looking like it's on an Oscar track.

However, how-freaking-ever, the movie does have Melissa Rivers playing her beloved, late mother Joan Rivers in a clip debuted by Entertainment Tonight that is at the very least uncanny. Does she do a little backhanded undermining of Jennifer Lawrence’s outfit? Why, yes she does. Does Melissa look pretty much exactly like Joan did in the film’s ‘90s setting? Yup. Will MelissJoan later savage Lawrence, roasting her over a crackling fire of judgement? Well, we can only hope that’s the case when Joy hits theaters this Christmas.

No matter what the critics say, we’ll be watching.