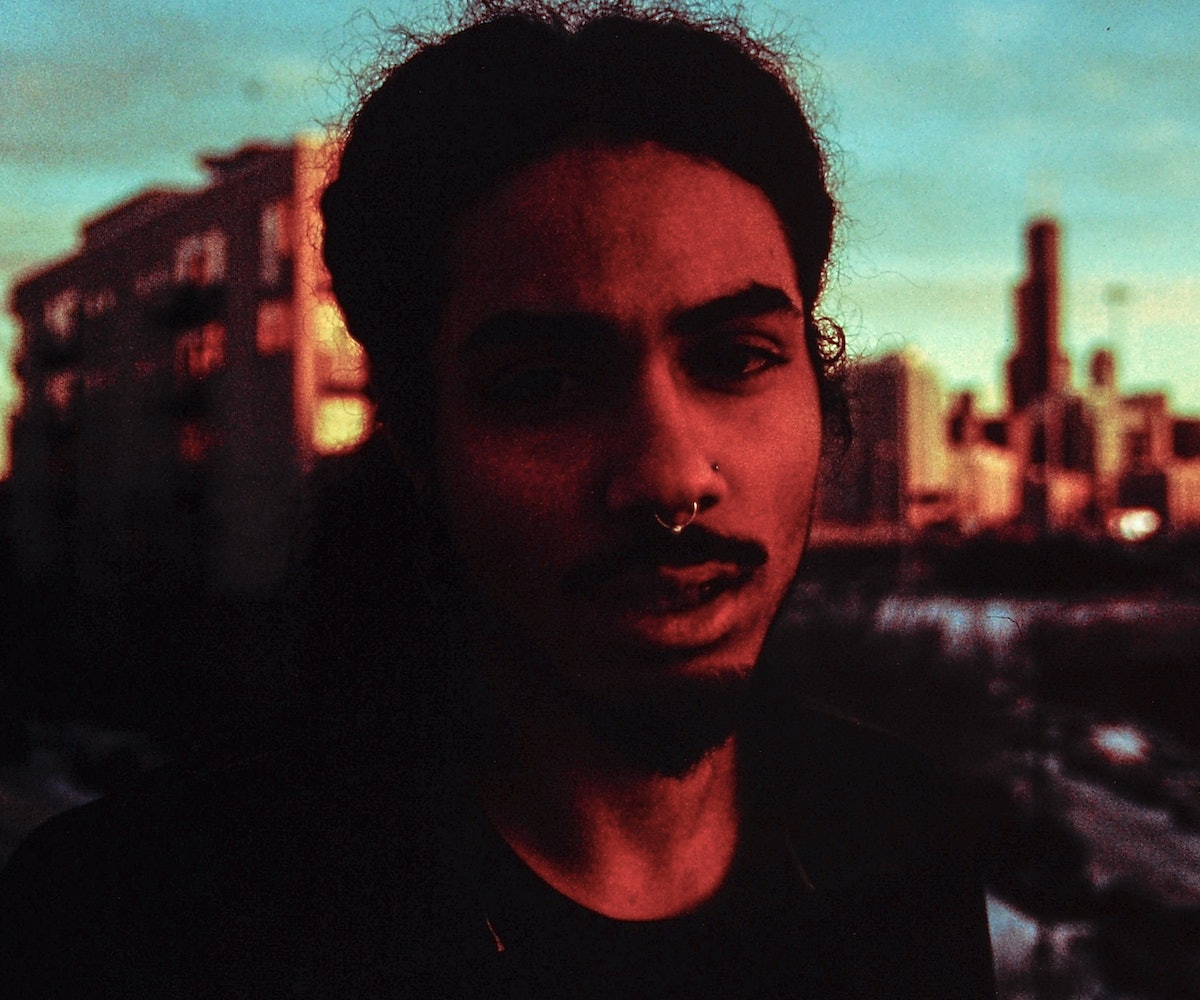 Chicago has always been a place that not only births entire movements of music (house, drill, Chicago blues), but musicians that desire to collaborate and bring each other up in the process. Such is the case with Chicago Southside native Carmelo Cianflone, aka Melo Makes Music, whose new single "Sleepless" features another Chicagoan you may have heard of: Taylor Bennett. (Melo is also going on tour with Bennett beginning this week.)

Raised by a single mother who exposed him to a variety of music at a young age, Melo's creative soul was nurtured early on. He cites names like George Michael and Nirvana as his accompaniments on school bus rides; he began playing guitar and piano at the age of 14. As the years went on, though, school increasingly felt like a hollow endeavor, a place where he was working toward a life he didn't want. Eventually, he made the decision to drop out of Columbia College—with the full support of his mother. “My mom actually inspired me to make the decision to pursue my dreams," he told Fake Shore Drive, "based on the fact that she felt as though my time was better spent doing that. She could tell I cared about it a lot more. Ever since I made that decision, I’ve been working really hard.” It shows. Not only did his debut Sessions EP make an impressive splash on streaming platforms, it was the thesis for Melo's unique and genre-blending style. Since then, he's been dropping singles every few months that show him continually honing and developing his stamp that makes every song "a little nomadic experience." His newest is no different.

To categorize "Sleepless" as hip-hop would be lazy. Produced by Martin $ky and with background vocals from Tatiana Hazel, it's a treasure trove of nuance, from the breakdown midway that floats with Hazel's soft and sleepy chorused voice to razor-sharp drums that are designed to parry, puncturing through on each hit. There is one place where it does away with nuance, and that's in the vocals: "Sleepless" is an anthem for any artist who has worked through the sunrise in dedication to their craft. And at the center of it all is Chicago itself; Melo finishes the song with “this for my city, my city and this for the sleepless,” as the keys slowly drift away. Take a listen, below, and get ready for late, inspired hours of your own.