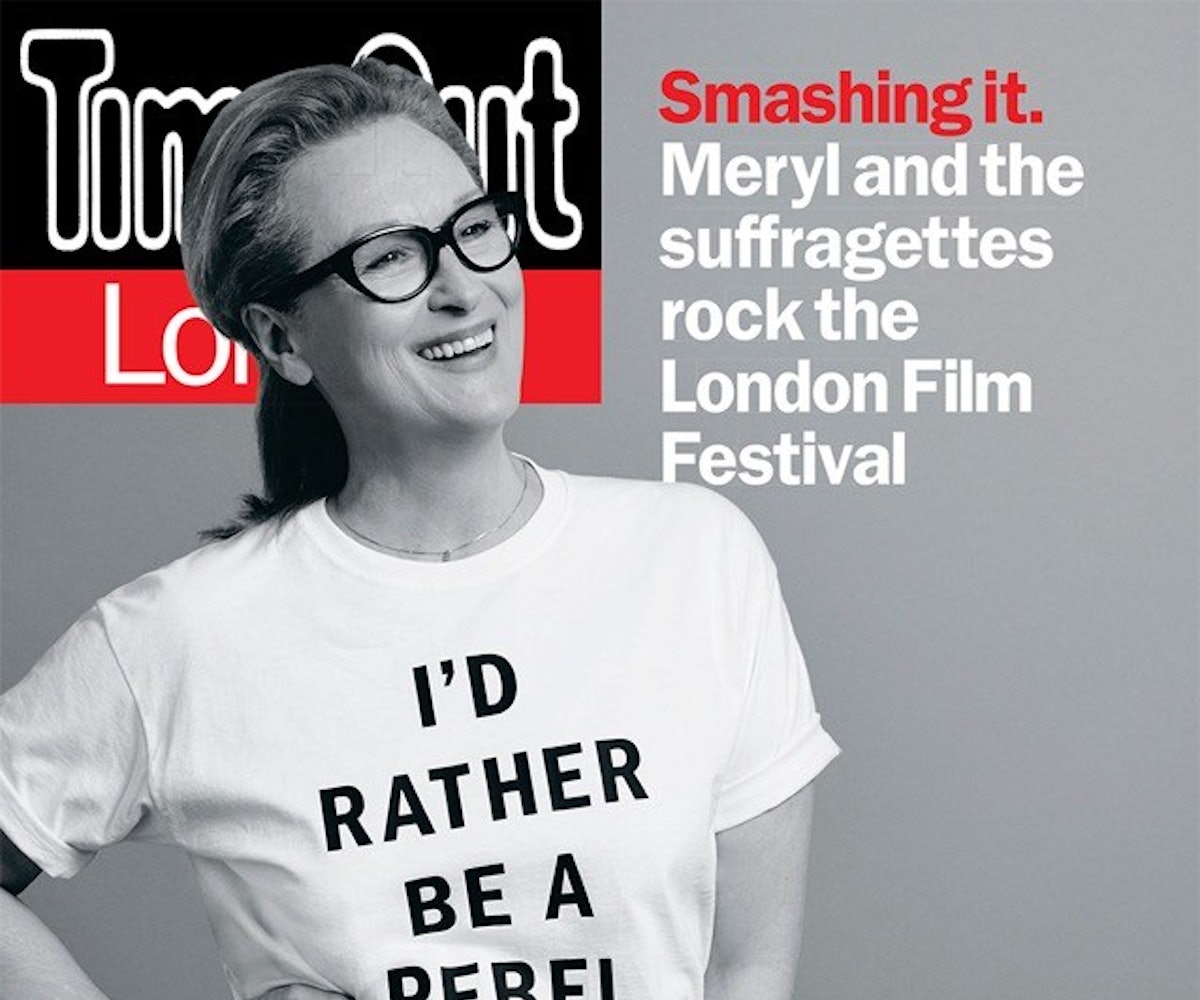 Meryl Streep is really good at convincing us that she's someone she's not, and has the Oscars to prove it. But even when the cameras aren't rolling, Streep has constructed a public persona that is often beyond reproach. She rarely makes mistakes. That's what makes the image above so puzzling.

While promoting her new film Suffragette, Streep and the rest of the film's cast wore T-shirts emblazoned with a quote from Emmeline Pankhurst, the British political activist Streep plays in the film. "I'd rather be a rebel than a slave," the T-shirt reads in bold black lettters. Taken in the context of the film, the quote is meant to inspire women to fight for their right to vote. But any time a white woman invokes the word slave, it becomes instantly problematic.

As you may have guessed, the Internet noticed, and Streep has suddenly come under fire like never before. Sasha Stone of Awards Daily is reporting that the t-shirts were Time Out London's idea, and that statements from the actors involved in the photos are expected tomorrow.

Though we're sure Streep's intentions were by no means malicious, its her responsibility (and her publicist's) to know better.