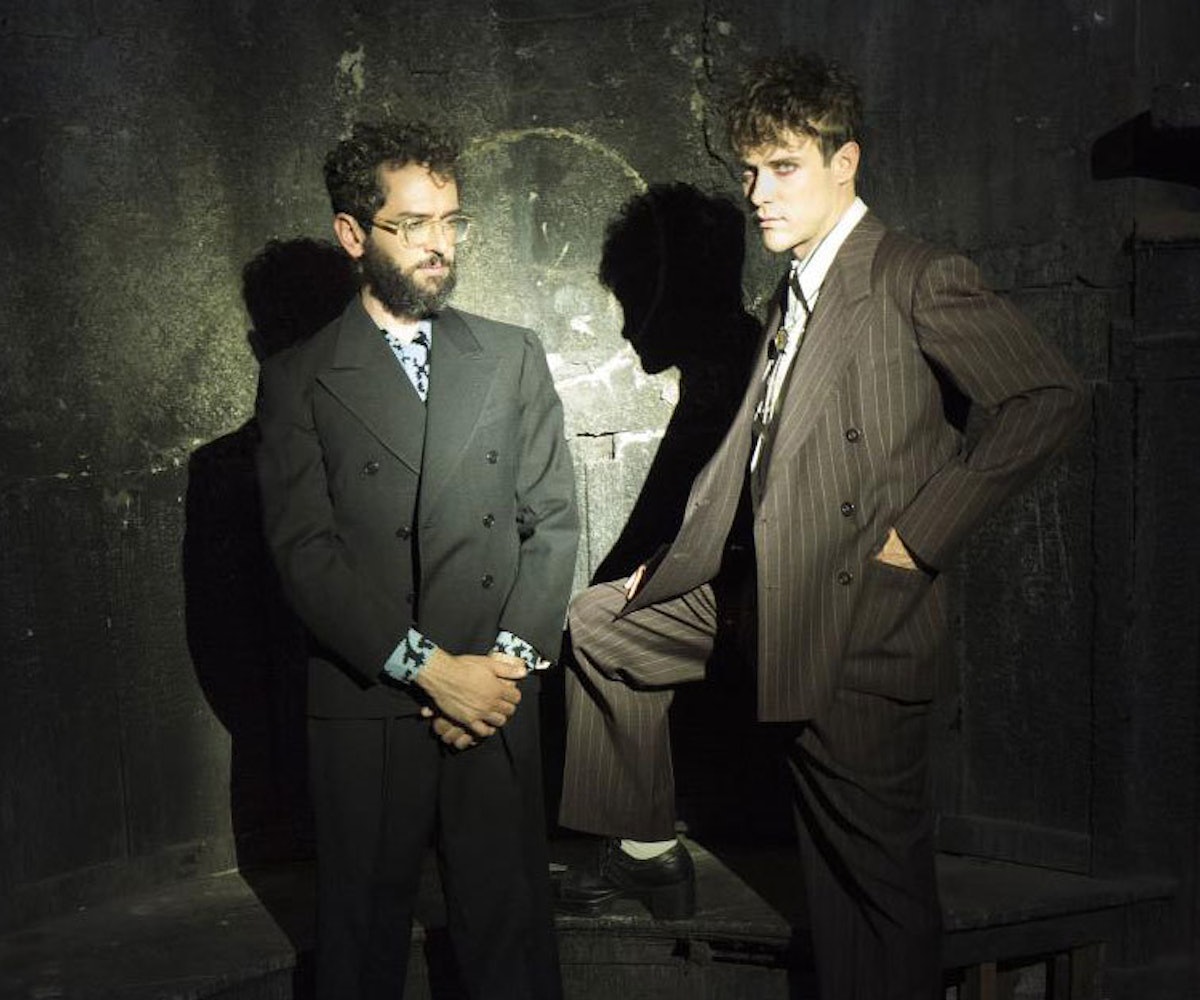 MGMT has kicked their new era off in Robert Smith drag. "Little Dark Age," the first (and titular) song off of their new album, had us thinking Andrew VanWyngarden and Ben Goldwasser had traded their LSD for sad pills and gone goth. But would goths kick their album off with a gleeful, endorphin-pumping female voice telling us to "get ready to have fun!"? No. Goths would not do that. So color us (or just me—I really wanted this to be true) shocked when that is exactly what happened when the album started playing. MGMT didn't go goth; they went so dark they're light again, coasting on a higher plane, perhaps in an entirely different realm.

Little Dark Age is absurdist fun. It's been four years since MGMT's last album, and even more years since their last major success. The flighty-cosmic groove-meets-Flaming Lips vibe they had on Oracular Spectacular became just a Flaming Lips-inspired vibe with both Congratulations and MGMT. Though not bad albums by any means, neither felt as twisted and whimsical as their debut. But MGMT has returned to form on Little Dark Age, and it's really refreshing.

"A lot of people wrote us off after the third record," VanWyngarden tells Rolling Stone. "They were like, 'Oh, they have no pop juice left in them. It's not happening again.'" Well, it did. Of course, time and truth tell all—so it's not the same magic as, say, "Kids," but it's magical nonetheless. Like, New Order-meets-Tame Impala magical. The first song is a bonkers breakup song about ending things because a partner works out too much. MGMT even make the dizziness of losing all our attention to our phones sound like ecstasy on "TSLAMP." All those colors and flashing lights! According to The Washington Post, one song was recorded while tripping acid. (I have a feeling it's "Days That Got Away." I don't know, something about it triggers... something.)

There is a macabre element to Little Dark Age, though. It's an off-kilter and rather buoyant kind of macabre, but it works. Let's call it a dark comedy. "When You Die" is literally a song about laughing as someone you hate dies wrapped in a prickly pop package. "When You're Small" is challenging—are we to believe it's actually empowering to be small and rather insignificant? MGMT have a lot to say, clearly, regardless of how nonsensical it may be. They're beguiling. If I'm being trolled into digging deeper into material that isn't meant to be, then whatever. Little Dark Age is a ridiculous blast. The world around us, our own little dark age, is ridiculous, too. And hopefully, like an acid trip, it, too, shall pass. At least MGMT is here with songs to soundtrack it all.