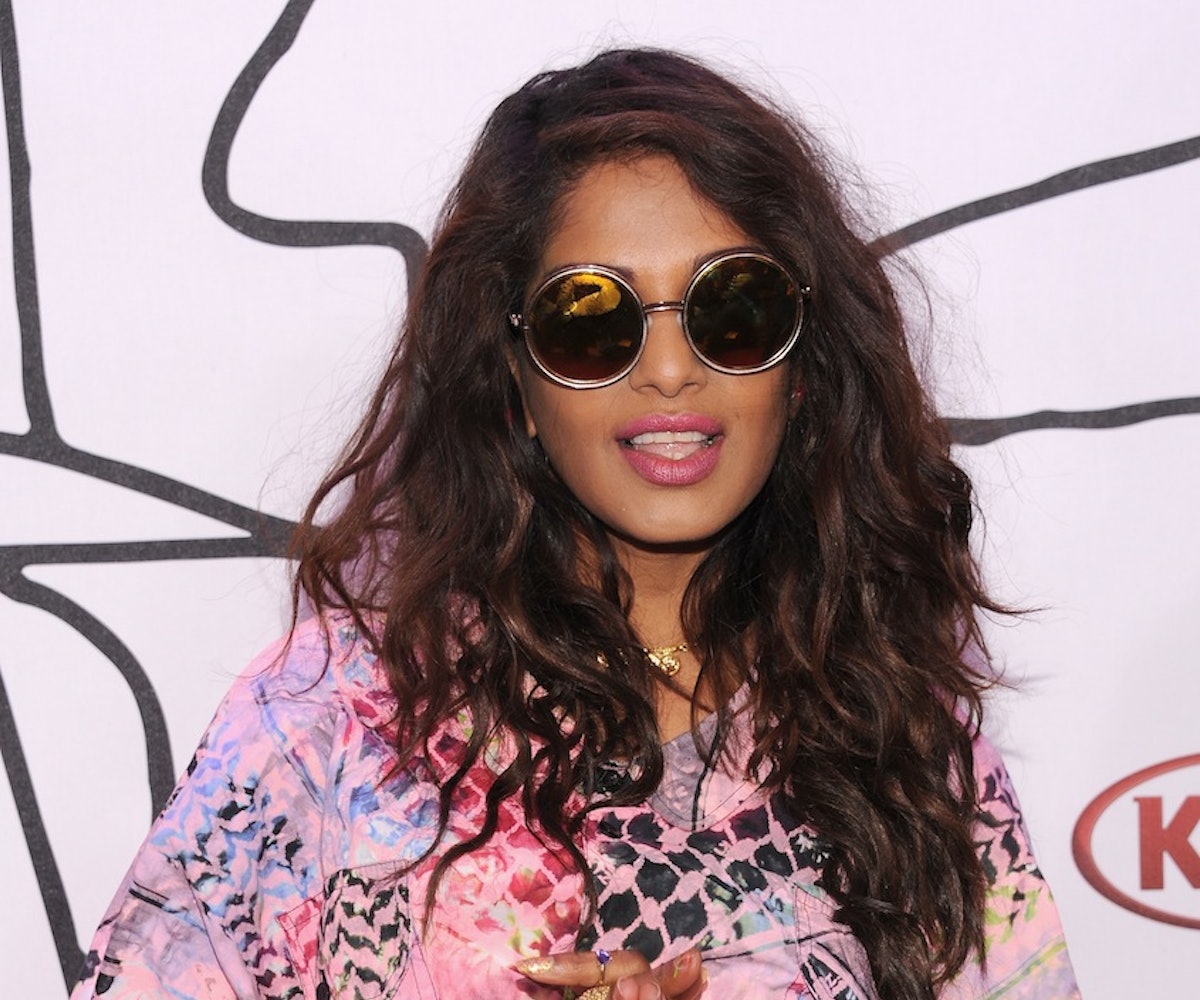 MIA has never really been one to play by the rules, so when the singer decided to remix Beyonce, you didn’t really think she’d ask permission…right? After reportedly spending months trying to contact the superstar’s camp, the musician decided to drop her remix of Beyonce’s “Flawless” upon the world. And yeah, we’re glad she did. Listen below! (MTV)

Kirsten Dunst dishes her style rules to live by, from not taking clothing too seriously to wearing everything until you’re absolutely sick of it. And while she might wear corsets and wigs and everything in between on set, comfort is key when she’s not working. As she puts it, “I like a cute, easy dress when I’m not working. I find jeans less comfortable than dresses to be honest— because everyone wears such tight jeans these days! I like putting together a nice outfit, but mostly I like comfort. It depends on my mood.” (VOGUE UK)

Get your Rilo Kiley albums ready, because Jenny Lewis is back! The singer is returning with a new LP in July entitled Voyager. Even better, you can hear the songs live at Austin City Limits this fall. (Stereogum)

Behold, Sarah Silverman’s guide to life. The comedian shares her advice on becoming a grownup for Glamour, and the tips are pretty awesome: especially the ones about sweating, worrying, and not being bitter about exes. Oh, and don’t forget to floss… (Glamour)

Lily Collins landed a modeling gig for the cashmere brand Barrie Knitwear. Check out the campaign—shot by none other than Karl Lagerfeld—in the gallery. (Fashion Gone Rogue)