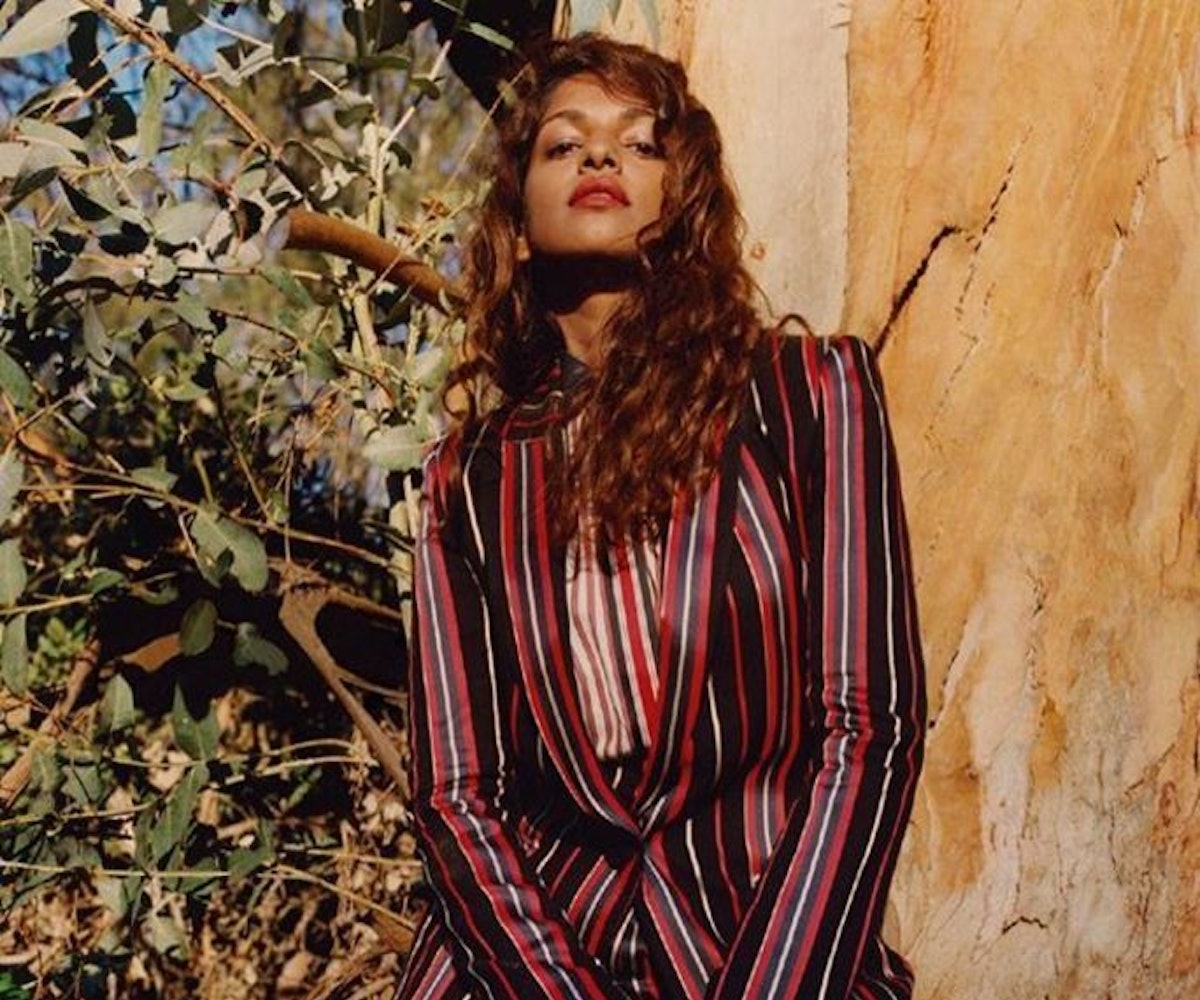 M.I.A. has officially unveiled her first-ever line of merch, in collaboration with designer Astrid Andersen, and it's unsurprisingly cool AF. The debut comes at the perfect time, considering that today marks the 10-year anniversary of Kala, M.I.A.'s sophomore album. In an exclusive interview with Vogue, Andersen revealed how the collaboration with the "Borders" singer came to be.

“I’ve been a fan of M.I.A. for a long time,” she revealed to the publication. “She was the benchmark for cool women who would wear my new collection—so when she called me, I was mega-excited.”

But the announcement shouldn't come as a surprise. The rapper has teased the merch line all over her Instagram for the past few months, posting photos of illustrations from some of the featured jackets and even an image of a rack full of apparel.

AIM2017 will feature a bold collection of orange and black jackets, tees, pants, and more, including an anorak jacket made from sustainable material from Parley for the Oceans, the same organization behind the Stella McCartney's latest collections.

Prices range from $70 to $160, and the collection will be available online via M.I.A's new e-commerce site starting tomorrow.