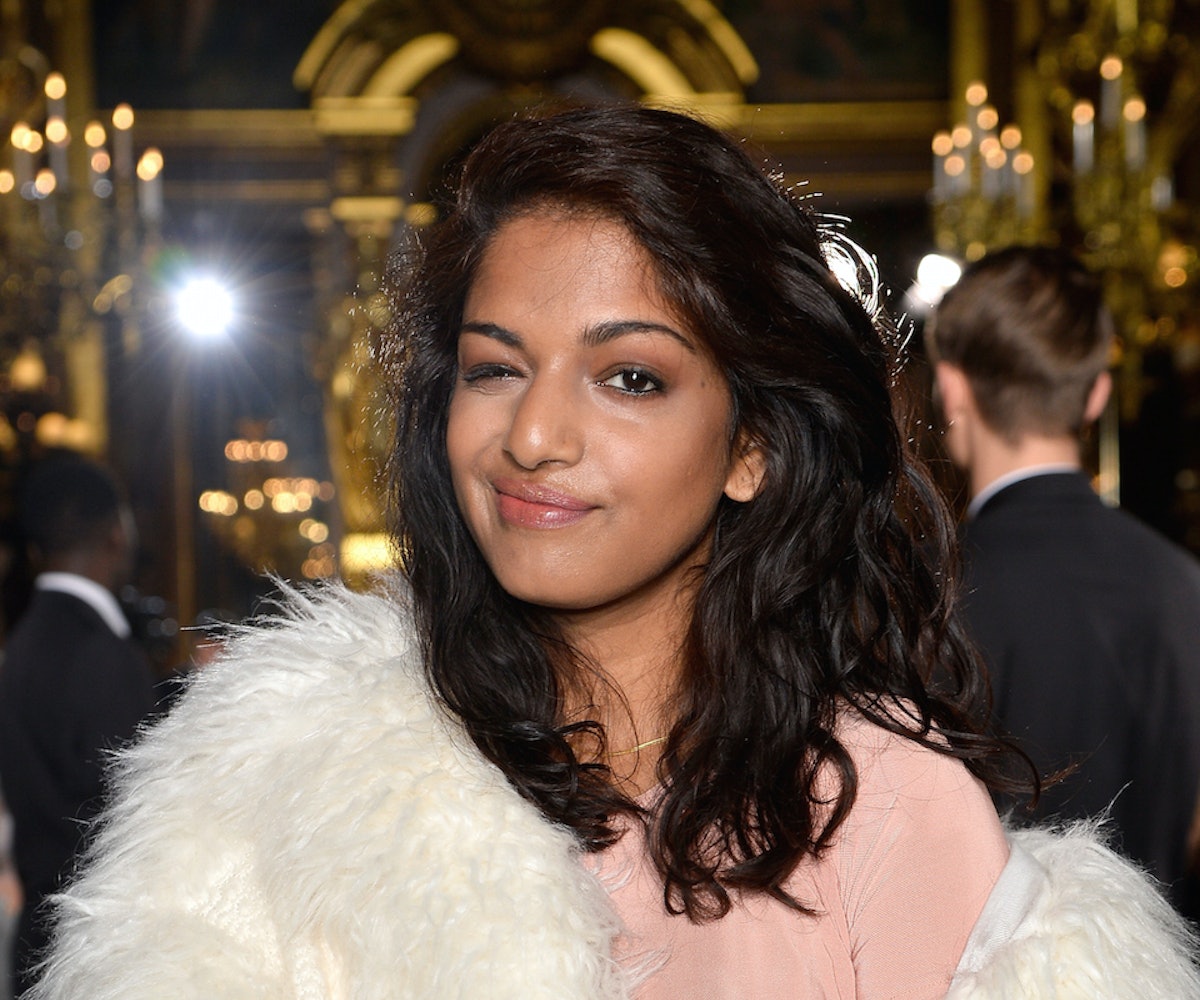 Just when we were settling into a sleepy Thursday afternoon, M.I.A. booted up her SoundCloud account and uploaded two brand-new tracks, the bouncy, political “OLA MIA” and “Foreign Friend.” Of course, very few M.I.A. tracks aren’t bouncy and political, but these two, in particular, have a little extra bounce and a little extra political relevance with lyrics addressing the ongoing refugee crisis in Europe and the posturing over the influx of undocumented people crossing the U.S.-Mexico border.

Pinned with what we think is a Lion King sample (you tell us), “OLA MIA” follows the path dug out by M.I.A.’s “Borders,” a song that takes the theme of Maya Arulpragasam’s own international, cross-cultural life and the various waves of human migration going on in both Europe and North America, and melds them into a series of pointed lyrics. She also rhymes “border” and “Toyota Corolla” which you kind of have to love. The sound is familiar (“Bamboo Banga” with sharp samples) and the lyrics follow paved territory (she’s still salt-and-peppering her mangos after all these years), but it slays nonetheless (like pretty much everything she does). “Foreign Friend,” the less danceable, more spacey of the two tracks, covers the same subject matter as it slithers along.

As of yet, there’s no word on the production team behind this one or when her long-promised album Matahdatah will drop. For the moment, though, this is 100 percent, totally enough. Listen to it below.

NEXT UP
Entertainment
Paramore Announces Album 'This Is Why' For February 2023
Entertainment
Lizzo Announced UK & European Dates For The Special Tour
Beauty
Balenciaga Is Calling The Return Of Heavy Metal Face Piercings
Entertainment
Lindsay Lohan Teases Her Return To Film, 'Falling For Christmas'