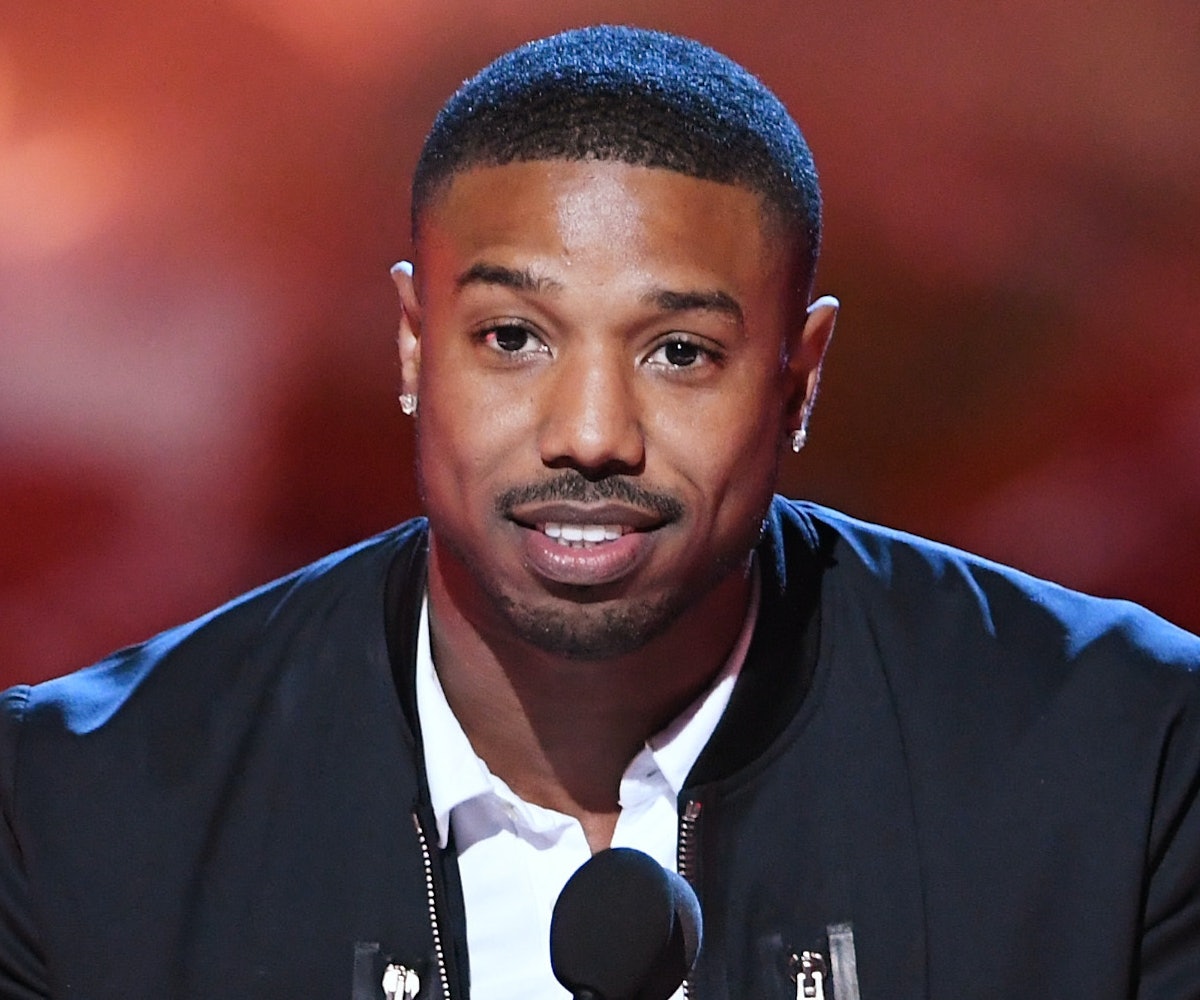 Over the weekend, Michael B. Jordan accepted an award at the MTV Movie & TV Awards and used his platform to deliver a diss so on point that it literally made Black Panther co-star Chadwick Boseman go, "Oooo" in the audience.

Even though he played the villain in Marvel's Black Panther, Jordan kicked off his speech in faux disbelief that he won the award for "Best Villain." Because, to him, there was definitely one star more deserving of the title—Roseanne Barr.

"I'm shocked that I won this award for Best Villain," Jordan said, joining the long list of fellow celebrities with no patience for Barr's latent racism. "I thought for sure Roseanne had that in the bag."

Earlier this month, ABC canceled Barr's Roseanne reboot following her racist remarks in a now-deleted tweet about former Obama aide Valerie Jarrett. After writing that “Muslim brotherhood & planet of the apes had a baby=vj," Barr apologized and deleted the tweet shortly thereafter. However, the damage was done. Following an outpouring of online condemnation, ABC's network president Channing Dungey canceled the show, calling her statement "abhorrent, repugnant and inconsistent with our values."