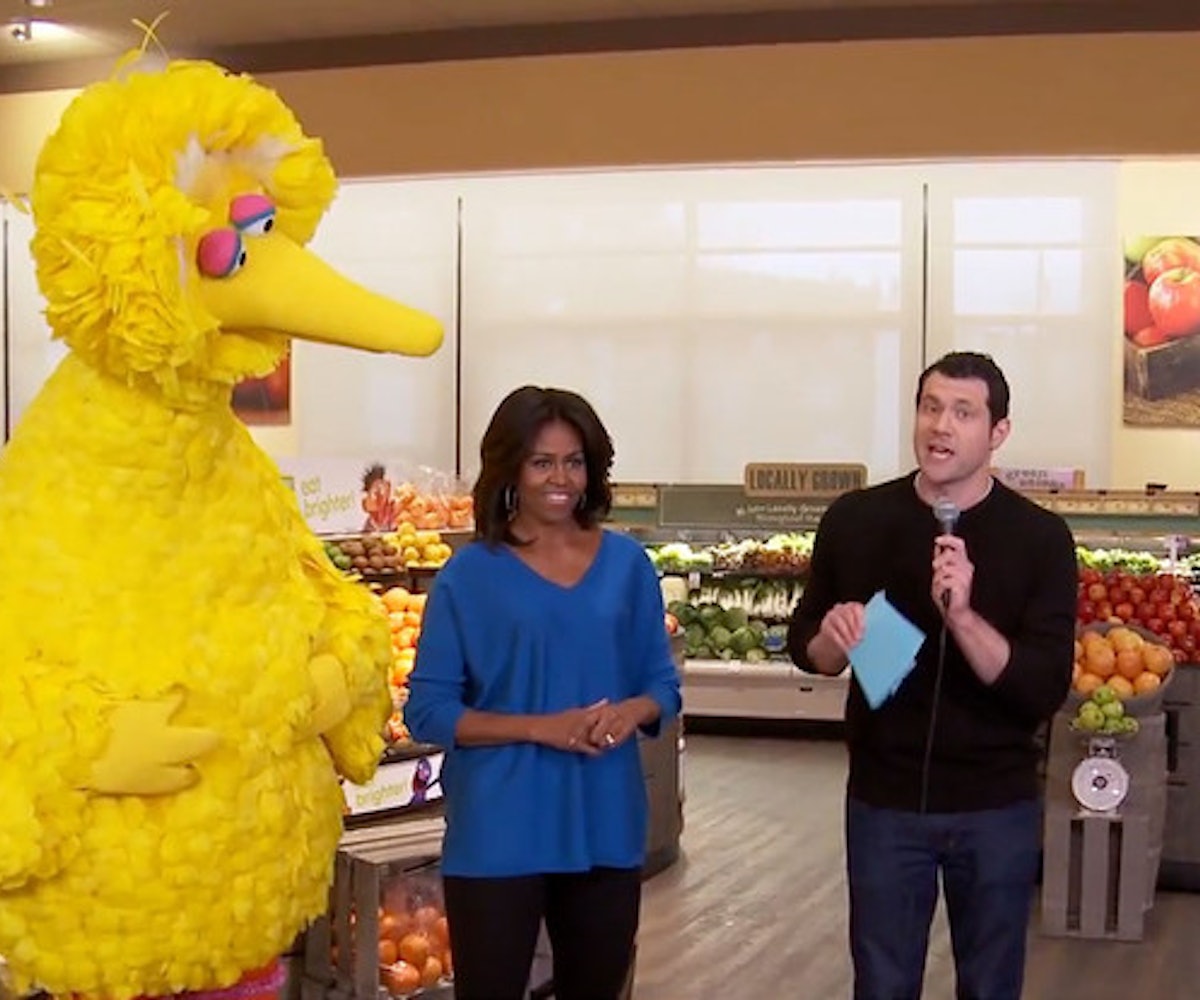 Michelle Obama is continuing her campaign to become the coolest First Lady ever, and today she pretty much locked the competition up. (Sorry, Dolley Madison.) The FLOTUS made a totally delightful appearance on Billy On the Street, continuing the Obama tradition of appearing on hilarious web series’ to promote their initiatives. Here, Michelle subjects herself to screaming lunatic Billy Eichner, all in the name of her Eat Bright campaign, which continues Michelle’s tireless efforts to improve the diets of America’s children. She was joined by none other than Big Bird and series regular Elena, who did the impossible and stole the show from two icons. Highlights include Michelle playing the trivia game “Ariana Grande or eating a carrot?,” Michelle pushing Eichner around in a shopping cart while he recites Gwyneth Paltrow’s Oscar speech, and Michelle slow-dancing with Big Bird while Eichner belts “I Don’t Wanna Miss a Thing.” And neither do you.