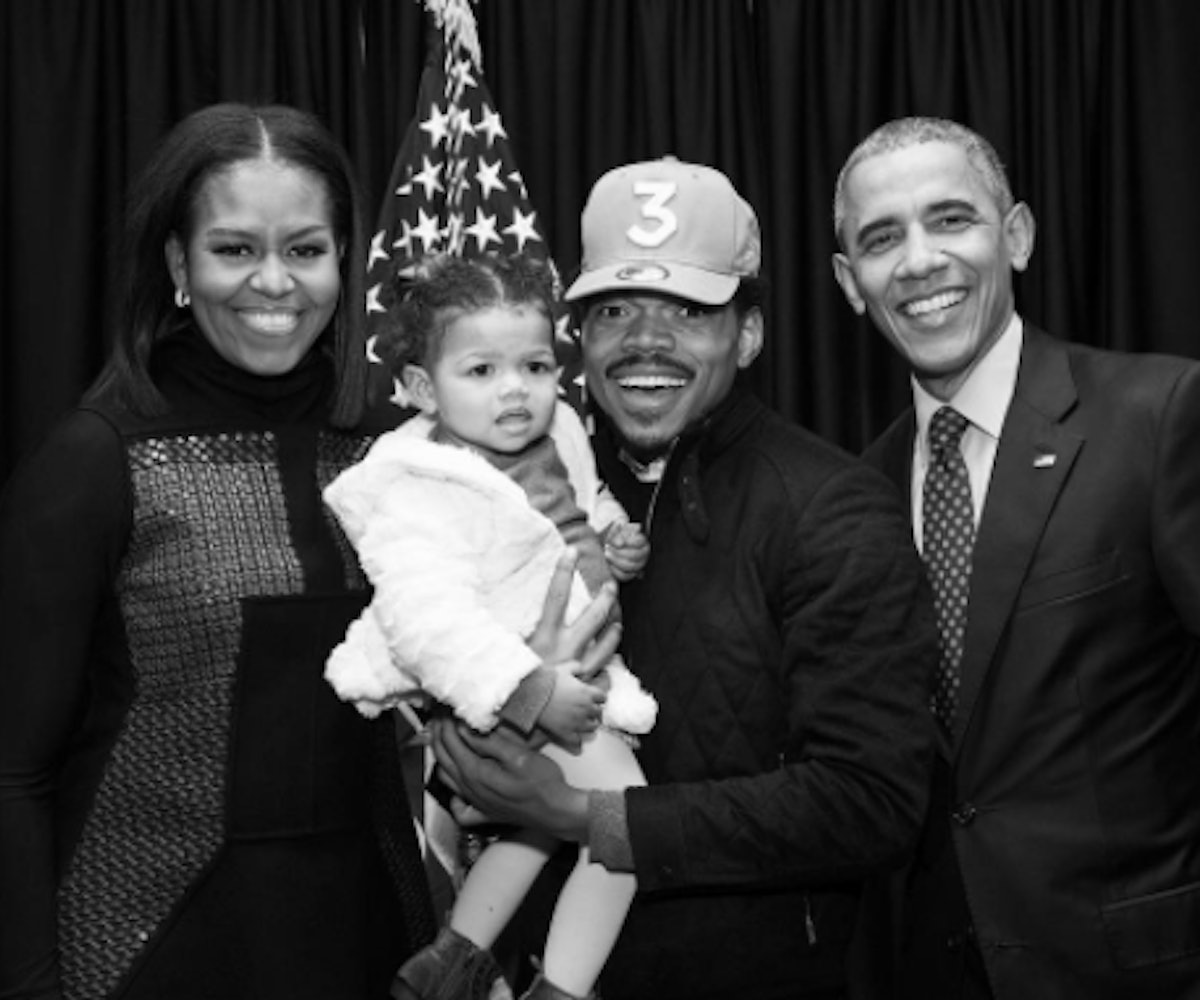 Chance The Rapper reached hero status on Monday when he donated $1 million to Chicago Public Schools. “Our kids should not be held hostage because of political positions," he said at a press conference. Chance's good deed was so impressive that even Michelle Obama decided to shout him out on Twitter.

“Thanks @chancetherapper for giving back to the Chicago community, which gave us so much,” the former First Lady wrote. “You are an example of the power of arts education.” Over the course of her eight years in the White House, Obama spent a good amount of time advocating for students. And like Chance, she too is a Chicago native, so it makes sense that his generosity would mean a lot to her. And since Chance updated his website so that people can donate to the cause, expect Michelle and her husband to pitch in as well. Or, at least, something tells us they will.