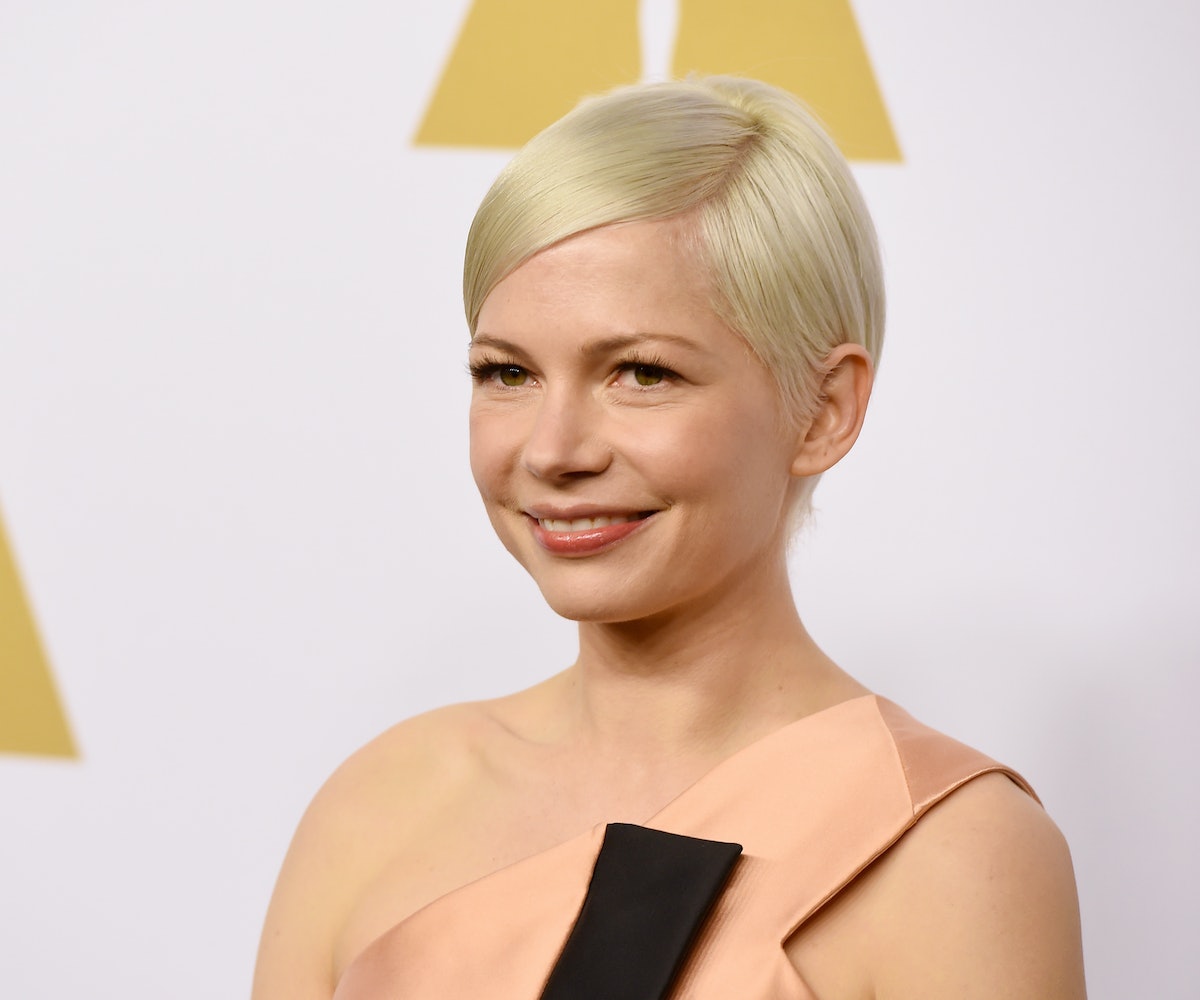 Michelle Williams got married to musician Phil Elverum in a private ceremony earlier this month, she revealed in an interview with Vanity Fair. Elverum is a singer-songwriter who performs under the stage name Mount Eerie. The couple has kept the relationship out of the public eye until now.

The nuptials took place in the Adirondacks in upstate New York, with only a handful of close friends and their two daughters in attendance. Both Williams and Elverum have a child from their previous marriages. Elverum’s wife, illustrator and musician Geneviève Castrée, died of cancer in 2016, less than two years after the birth of their daughter. Williams was married to actor Heath Ledger, although they had separated the year before his death.

In her interview with Vanity Fair, Williams describes their relationship as “very sacred and special,” and says she hopes to inspire other women with their story. “Don’t settle for something that feels like a prison, or is hard, or hurts you,” she says. “If it doesn’t feel like love, it’s not love.”