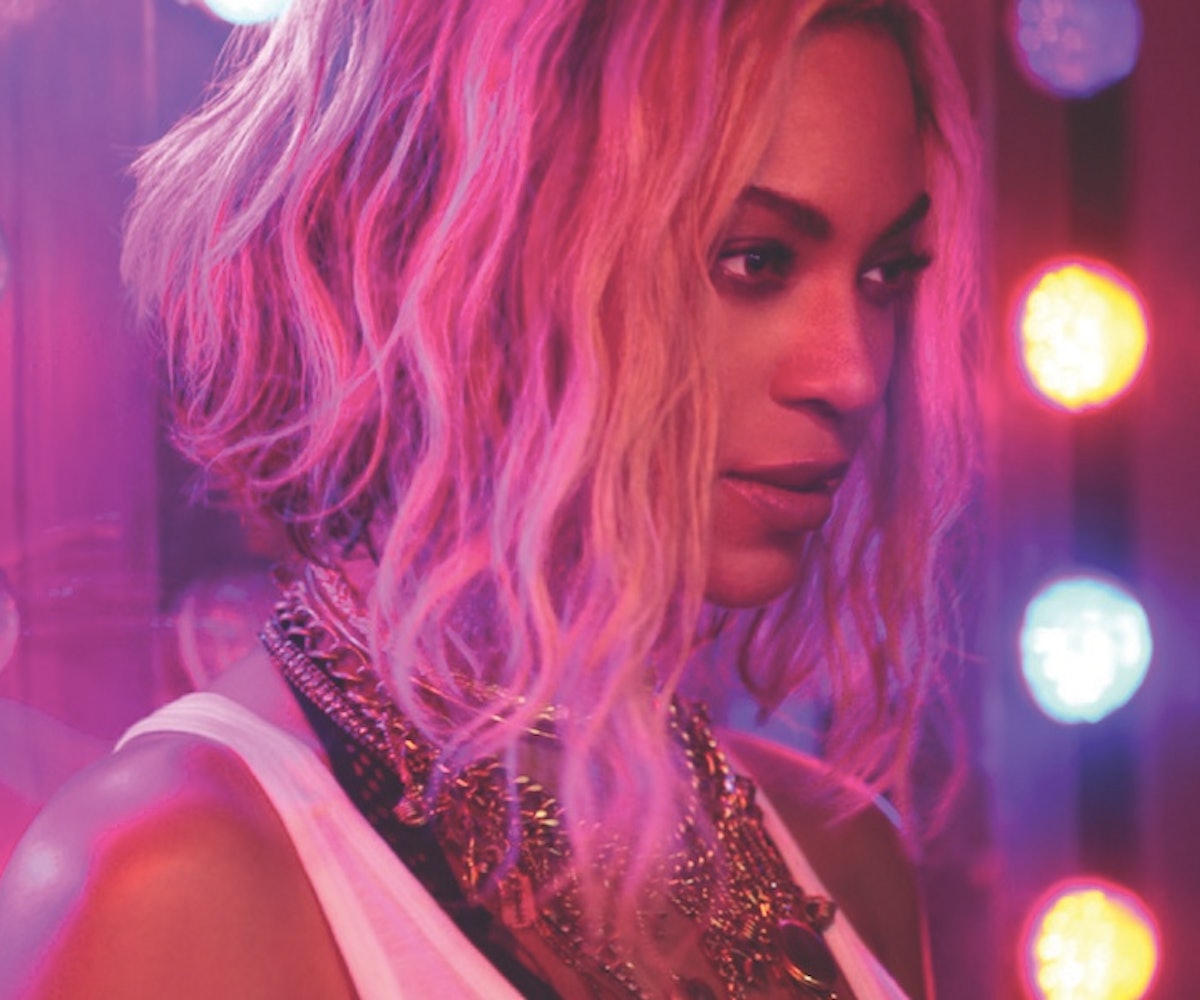 If you’ve ever seen a 12-year-old dancing on a pole, well, according to Mike Huckabee, you can thank Beyoncé. On a The Daily Show with Jon Stewart appearance to promote his new book God, Guns, Grits and Gravy (a large indication of Huckabee’s, err, conservative mindset), the conservative politican—who may be making a presidential bid—said some pretty absurd things about Queen Bey and her effect on youth and society.

Stewart brought up a passage from the book—held within a chapter titled “Culture of Crude”—where Huckabee describes Beyoncé’s music as ”obnoxious and toxic mental poison.” Sure, that statement is inflammatory and toxic in and of itself, but it’s Huckabee’s defense that’s getting him in hot water with the Beygency and beyond. Wisely, the former Arkansas governor started off by saying: ”Beyonce is such a mega-talent. She can do anything. She’s got the pipes to sing, she’s got the moves to dance. She doesn’t have to be vulgar in order to set a trend.” And then he kept talking and this came out: “The thing that disturbs me let’s say about when you see Beyonce, who is a role model to young girls—do you know any parent who has a daughter who says, ‘Honey, if you make really good grades, someday when you’re 12 or 13, we’ll get you your own stripper pole.’”

It was a jaw-dropping moment, but luckily Stewart reacted with the perfect response: He commented that he was ”diminishing Beyoncé in a way that’s truly outrageous” and then played a clip of Huckabee’s old Fox News show showing the politician play bass on Ted Nugent’s “Cat Scratch Fever” (which features lyrical gem ”Well, I make the pussy purr with the stroke of my hand”). After insisting that the aforementioned clip was aired at night and arguing that there is a difference between an ”adult song” and a Beyoncé song (we assume he’s referencing “Partition”), Stewart shut it all down with the interview’s most relevant takeaway: “You can’t single out a corrosive culture and ignore the one that you live in because you’re used to it.”

NEXT UP
Entertainment
Beyoncé Is Now The Most Awarded Artist In Grammy History
Entertainment
Ebony Riley's "Deuce Deuce" & 9 Other New Songs Out This Week
Entertainment
Harry Styles' "As It Was" Grammy Performance Featured A Silver Tinsel Onesie
Entertainment
Taylor Swift Sparkled In Midnight Blue On The 2023 Grammys Red Carpet
Style + Culture, delivered straight to your inbox.